Prime Minister Fumio Kishida on Saturday pledged to promote the economic independence of women as a core pillar of his "new form of capitalism" policy, saying Japan will step up efforts to advance gender equality and women's empowerment in cooperation with the international community.

In a speech at an international conference in Tokyo, Kishida cited measures his government is taking, including urging major Japanese companies to address wage gaps between men and women and setting up a system to encourage men to take paternity leave.

Kishida made the pledge as a World Economic Forum report showed Japan ranked 116 among 146 countries in the gender gap rankings this year, the lowest among the Group of Seven industrialized nations. 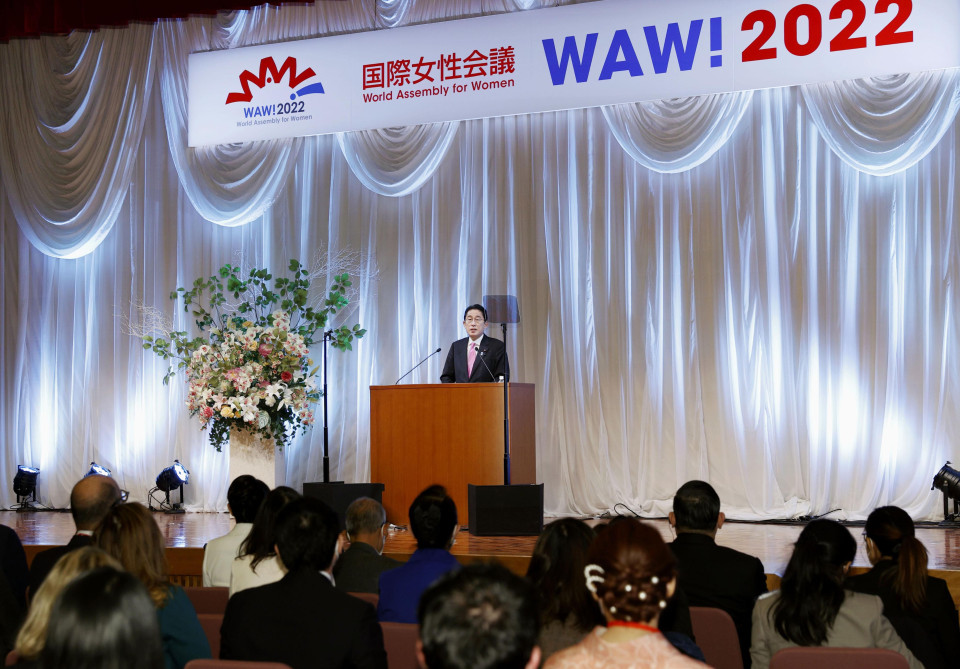 Japanese Prime Minister Fumio Kishida addresses the opening ceremony of the sixth meeting of the World Assembly for Women in Tokyo on Dec. 3, 2022. (Kyodo) ==Kyodo

The World Assembly for Women -- the first held since March 2019 due to the impact of the pandemic -- was attended by world leaders and delegates, including Iceland's President Gudni Johannesson, whose country has topped the WEF's gender gap index, Moldova's President Maia Sandu and U.N. Women Executive Director Sima Bahous.

Kishida, striving to achieve a virtuous cycle of growth and wealth redistribution through his new form of capitalism, hopes to use the results of the government-sponsored event when Japan hosts a G-7 summit in Hiroshima in May next year.

In Saturday's meeting, Kishida touched on Russia's invasion of Ukraine and cited reports of brutal acts committed by Russian soldiers "such as sexual violence against women."

"We will look into the situations of women worldwide so that their capabilities can be enhanced and their rights protected" in cooperation with U.N. Women and other organizations, he said.

Calling it a "shadow pandemic," the prime minister said female essential health care and nursing workers had been forced to work during the COVID-19 pandemic despite being at high risk of infection.

"We must have all the tactics at our disposal, including special measures like quotas, to guarantee a seat at the table for women in decision-making and leadership positions," she said in an address.

Johannesson said gender equality is not only a matter of fairness or human rights but also concerns the "economic growth and prosperity" of society as a whole. 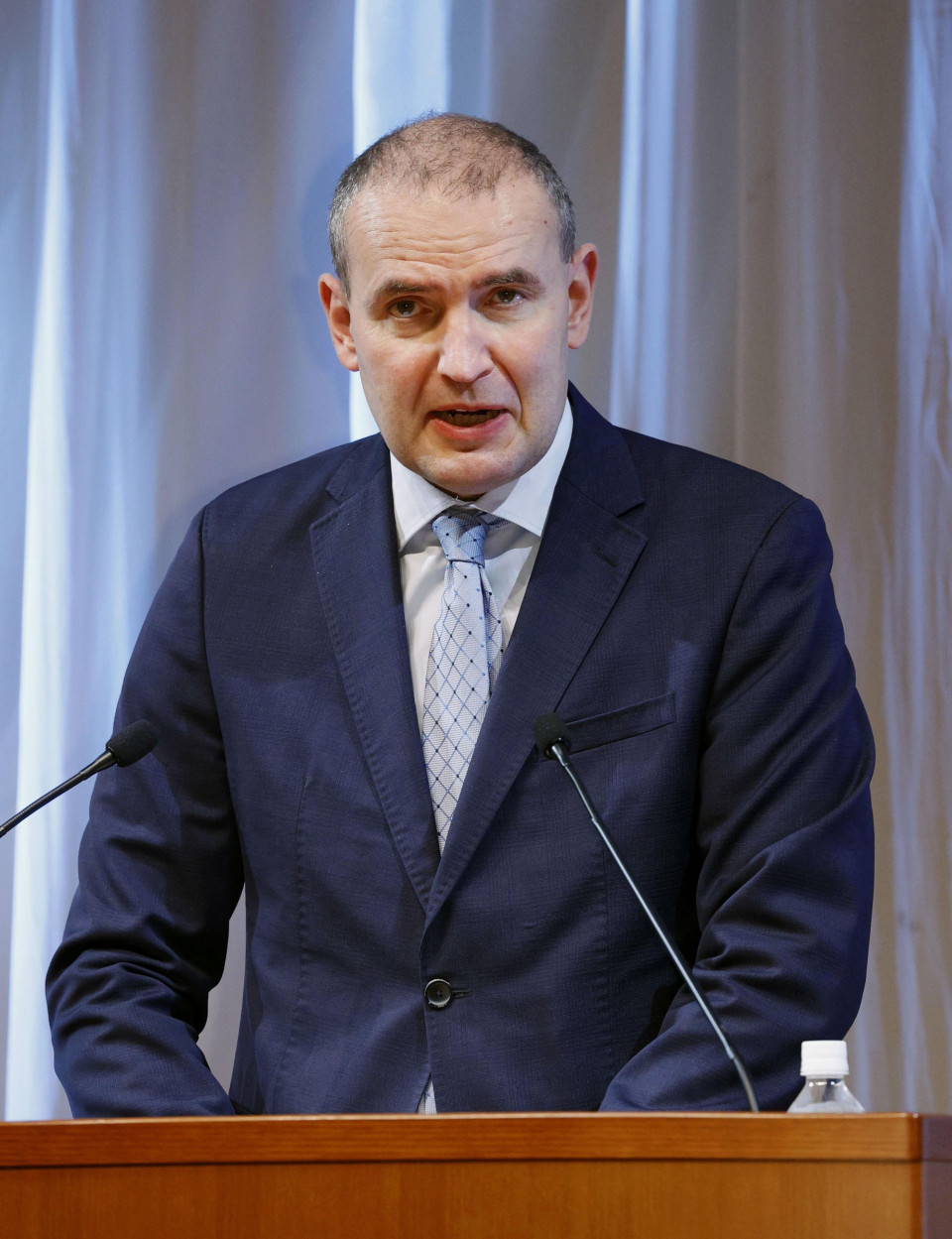 Iceland President Gudni Thorlacius Johannesson delivers a keynote speech at the sixth meeting of the World Assembly for Women in Tokyo on Dec. 3, 2022. (Kyodo) ==Kyodo

"People prosper better in their working lives when domestic responsibilities are shared," he said.