The Ethiopian-born Teferi, who competed at last year's Tokyo Olympics, finished 18 seconds ahead of Kenya's Vincent Raimoi in second place. Michael Githae, also of Kenya, rounded out the podium in 2:07:28. 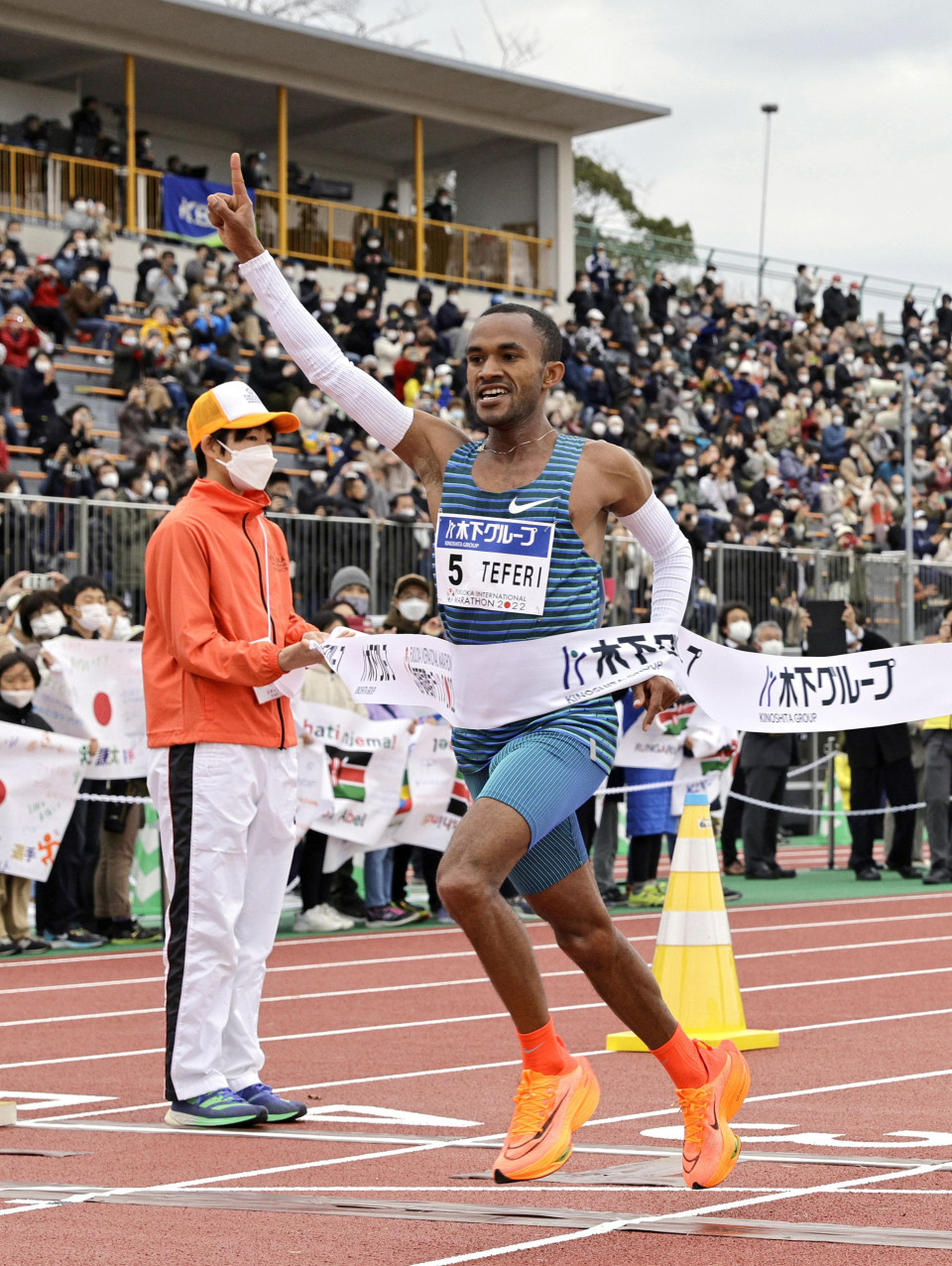 Kiyohito Akiyama was the best of the Japanese runners, finishing seventh in 2:08:43. Countrymen Akira Akasaki, Minato Oishi and Kazuma Kubo occupied the next three places and likewise met entry requirements for next year's Marathon Grand Championship, which will serve as a qualifying event for the 2024 Paris Olympics.

This year's Fukuoka International Marathon was officially a new event after the previous competition bearing the same name formally ended with its 75th running last year due to waning popularity and revenue.

Local support for resurrecting the race persuaded the Fukuoka prefectural government, along with national and regional athletics bodies, to seek the staging of a new event.