The major Japanese sake firm known for its signature product Dassai will begin brewing at a plant in New York next spring, seeking consumers in the already crowded market in the United States.

As the first major Japanese company to set up a sake production facility on the U.S. east coast, Asahi Shuzo Co. is looking to promote sake as a go-to beverage served not only with Japanese foods but a variety of global cuisines.

The company's CEO Kazuhiro Sakurai said its new 7 billion yen ($53 million) facility in Hyde Park, over 100 kilometers north of Manhattan, should be an outpost for his bid to develop new markets in the United States. 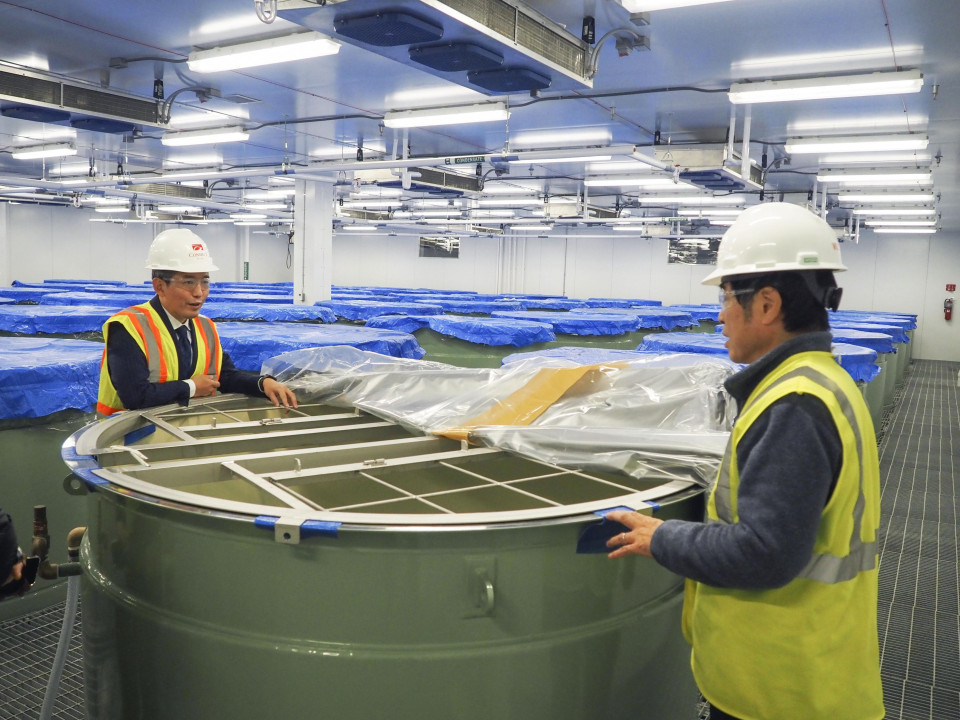 Asahi Shuzo Co. CEO Kazuhiro Sakurai (L) examines one of the tanks to be used to brew sake at his company's new plant in Hyde Park, New York, on Oct. 19, 2022. (Kyodo)

"The sake market has been growing in the United States, but a large portion of it is served as an accompaniment to Japanese food such as sushi and tempura," Sakurai told Kyodo News.

"We are going to step into areas other than Japanese cuisine" he said, noting that his brewery created Dassai Blue, a new high-end sake of the "junmai ginjo" type, for Manhattan's choosy foodies as well as other consumers across the United States and Canada.

Sake has gained a large following in the American market. The beverage's exports to the United States in the January-October period rose some 25 percent from a year earlier to about 9.6 billion yen, according to the National Tax Agency of Japan.

Asahi Shuzo is a latecomer in the U.S.-based brewing of sake by Japanese companies.

Takara Holdings Inc., Gekkeikan Sake Co. and Ozeki Corp., well-established names in Japan, produce sake in the United States but their production bases are all in California on the west coast.

"New York is a place where various cultures from around the world gather, create new things and promote them to the world," said the 46-year-old chief of the firm based in Yamaguchi Prefecture, western Japan.

Hyde Park hosts the renowned Culinary Institute of America and its offer to help Asahi Shuzo distribute its new sake also prompted him to focus on the New York town, he said. 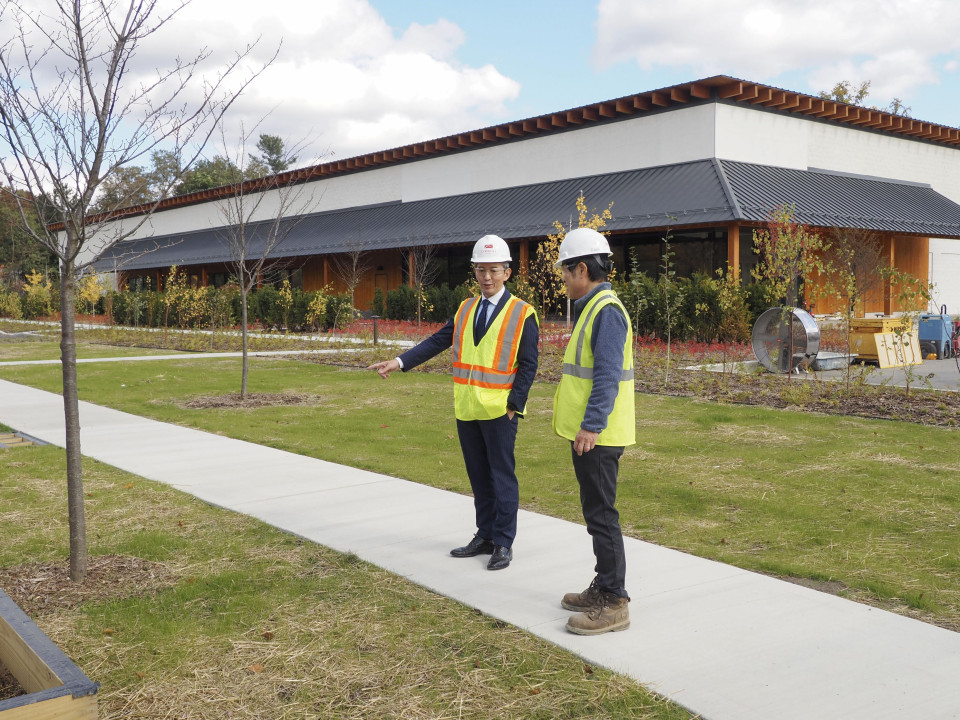 "We may need to talk to people other than distributors of Japanese foods and explore new ways of promotion. In other words, a closer approach to Americans will be necessary," he said. "The real culinary specialists are nearby and will help us. That's important."

Bucking the trend, Asahi Shuzo's sales for the year to Sept. 30 increased 16 percent from the previous year to a record 16.4 billion yen and exports mainly to China and the United States were up 2 percent to 7.1 billion yen, also a record.

The new plant with 52 5,000-liter tanks will be operated by six locally hired workers and three experienced staffers from Japan. They will use rice of the Yamadanishiki brand, a kind of grain specially designed for sake brewing, grown both in Japan and the U.S. state of Arkansas.

The start of the brewery's operations in the United States was delayed for about three years due to the COVID-19 pandemic. Sakurai said the initial annual production target is 70,000 1.8-liter bottles, with an eye on increasing the capacity tenfold in about 10 years.

"I hope 90 percent of our sales will come from overseas in the future," he said.