China's ambassador to Tokyo said Thursday that President Xi Jinping's official visit to Japan as a state guest, if realized, would be "invaluable" for bilateral relations that have often been strained over issues that include a territorial row.

In an interview with Kyodo News, Kong Xuanyou also stressed that China must continue to emphasize "leader-level" exchanges with Japan, weeks after the two Asian powers held their first summit in almost three years.

Kong's remarks came as protests against China's "zero-COVID" policy, involving lockdowns and quarantines under strict public surveillance, have been spreading at home, with some demonstrators making an extremely rare demand for Xi to step down. 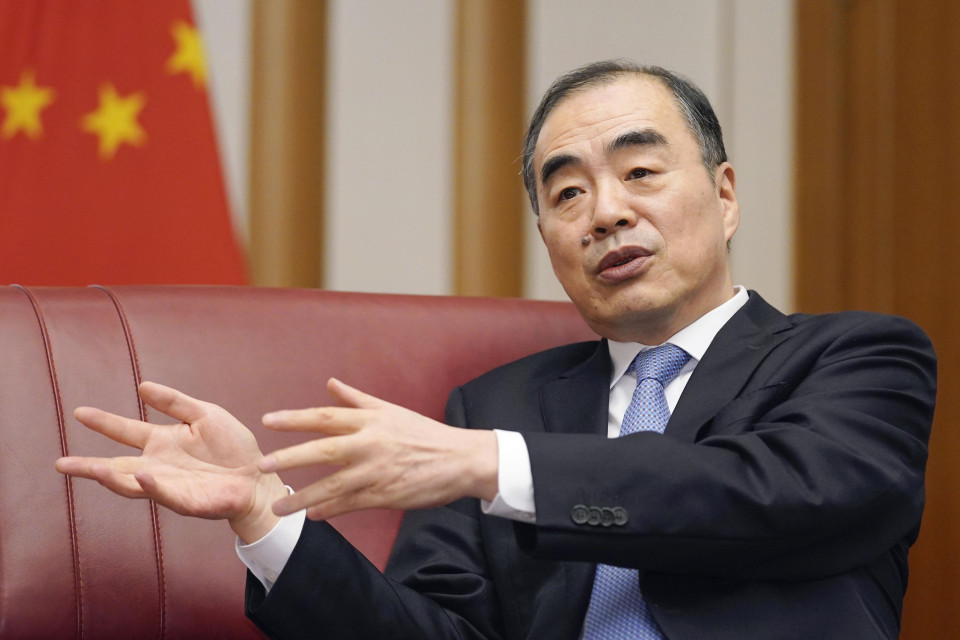 Chinese Ambassador to Japan Kong Xuanyou speaks in an interview in Tokyo on Dec. 1, 2022. (Kyodo)

While the ultra-stringent coronavirus restrictions have prevented the flow of people between the two nations, Kong expressed expectations that the Communist-led government will ease the measures down the road in consideration of Chinese citizens.

A state visit to Japan by Xi, who secured an unprecedented third five-year term in power in October, would be "an important thing and an invaluable strategic driving force" for the Sino-Japanese relationship, Kong said.

Xi had been scheduled to visit Japan as a state guest in the spring of 2020 to meet with Emperor Naruhito and hold a summit with then Prime Minister Shinzo Abe, who was gunned down during an election campaign speech in early July.

But Tokyo and Beijing were forced to postpone the trip by Xi, who became China's president in 2013, against a backdrop of the outbreak of the novel coronavirus, first detected in the central Chinese city of Wuhan in late 2019.

On the fringes of an Asia-Pacific Economic Cooperation forum summit in Bangkok in mid-November, Xi met in person with Prime Minister Fumio Kishida for the first time since the Japanese premier took office in October 2021. 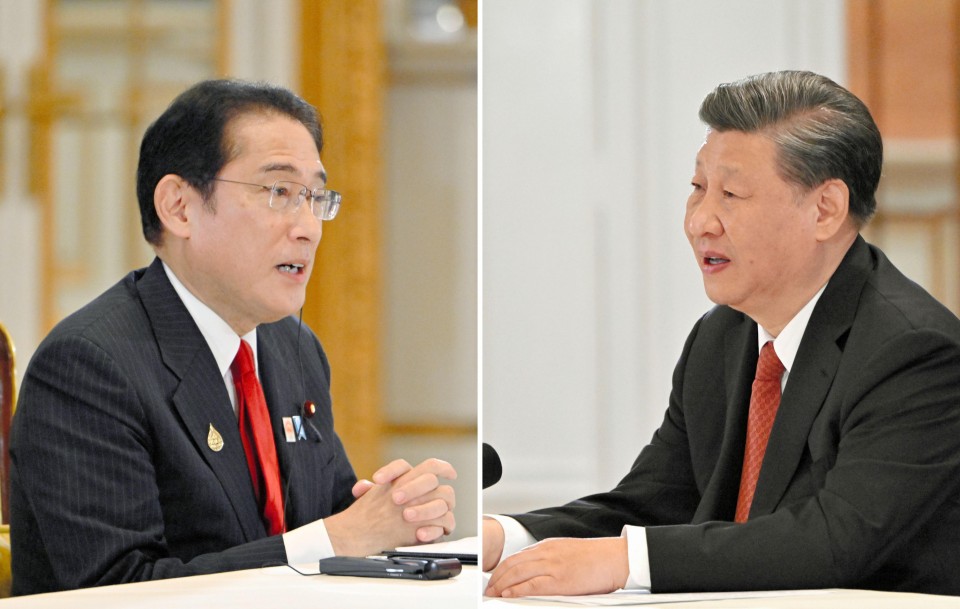 At their summit, the first since December 2019 between Tokyo and Beijing, Xi and Kishida agreed that the two countries will work together to stabilize bilateral ties, but they did not touch on Xi's state visit, according to a Japanese government official.

The last Chinese president to be received by Japan as a state guest was Hu Jintao in May 2008.

The two Asian nations have been at odds over the Senkaku Islands, which China claims and calls Diaoyu, with Chinese coast guard vessels repeatedly entering Japanese territorial waters around a group of the uninhibited islets.

Kong, however, suggested that China and Japan will arrange Xi's visit depending on the pandemic situation, saying he believes that people-to-people exchanges between the two counties are likely to "recover at a full scale in the near future."

Amid recent nationwide protests against China's stance to stick with its zero-COVID policy, Kong said Xi's government will "try to do its best" while "paying attention to the will of the people."

China-Japan relations, meanwhile, have been frayed over Taiwan, especially after U.S. House of Representatives Speaker Nancy Pelosi made a trip to the self-ruled democratic island in early August.

Following the visit by Pelosi, the third-highest-ranking U.S. official, China conducted large-scale military drills in areas encircling Taiwan in retaliation, firing ballistic missiles, some of which fell into Japan's exclusive economic zone east of the island.

Kong said China has not accepted Tokyo's claim that the missiles landed in Japan's EEZ, saying, "We have not determined the boundaries of the sea area."

Beijing and Taipei have been governed separately since they split in 1949 as a result of a civil war. Xi has described Taiwan as a "core interest," pledging to reunify what China regards as a renegade province with the mainland by force, if necessary.

Japan, China leaders to work for stable ties, oppose nuke use in Ukraine