Police searched the head office of a group claiming to be the Japanese arm of U.S. conspiracy cult QAnon in Shizuoka Prefecture on Monday after its members were arrested last week for forcing their way into a local mass coronavirus vaccination site earlier this year.

Eight members of the YamatoQ group, including one of its leaders, were arrested Thursday on suspicion of trespassing after they intruded into the vaccination site in Yaizu in the central Japanese prefecture in March. 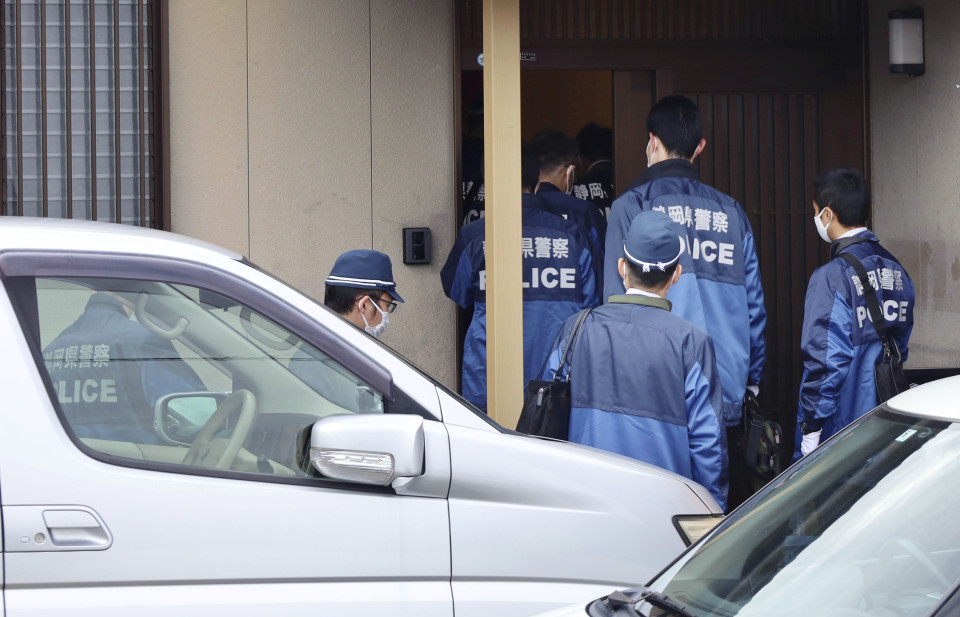 Police investigators enter the head office of a group that claims to be the Japanese arm of U.S. conspiracy cult QAnon, in Fukuroi, Shizuoka Prefecture, on Dec. 5, 2022. (Kyodo)

According to police, those arrested shouted "Vaccination is an act of murder" at the site. The prefectural police searched the group's head office in Fukuroi.

Another leader and some other members of the group were indicted earlier this year on charges of barging into a venue offering coronavirus vaccinations for children in Tokyo in April.

The group has been waging a campaign against COVID-19 inoculations in various parts of Japan, holding rallies and saying that the novel coronavirus does not exist. In March, they disrupted vaccinations at sites including Tokyo Dome.

They are also protesting what they say is a lack of transparency about the composition of coronavirus vaccines and what they allege are their dangers.

YamatoQ says on its website that it is the Japanese wing of QAnon, a movement spreading internet conspiracy theories in support of former U.S. President Donald Trump. The movement is said to have gained followers in many countries.