Three men have been detained in Britain over their alleged involvement in a 2015 robbery that netted over 100 million yen ($742,000) worth of jewelry from a luxury shop in central Tokyo, an investigative source said Saturday.

The source said whether the three will be transferred to Japan is being determined by a court in Britain, which does not have an extradition treaty with Tokyo. 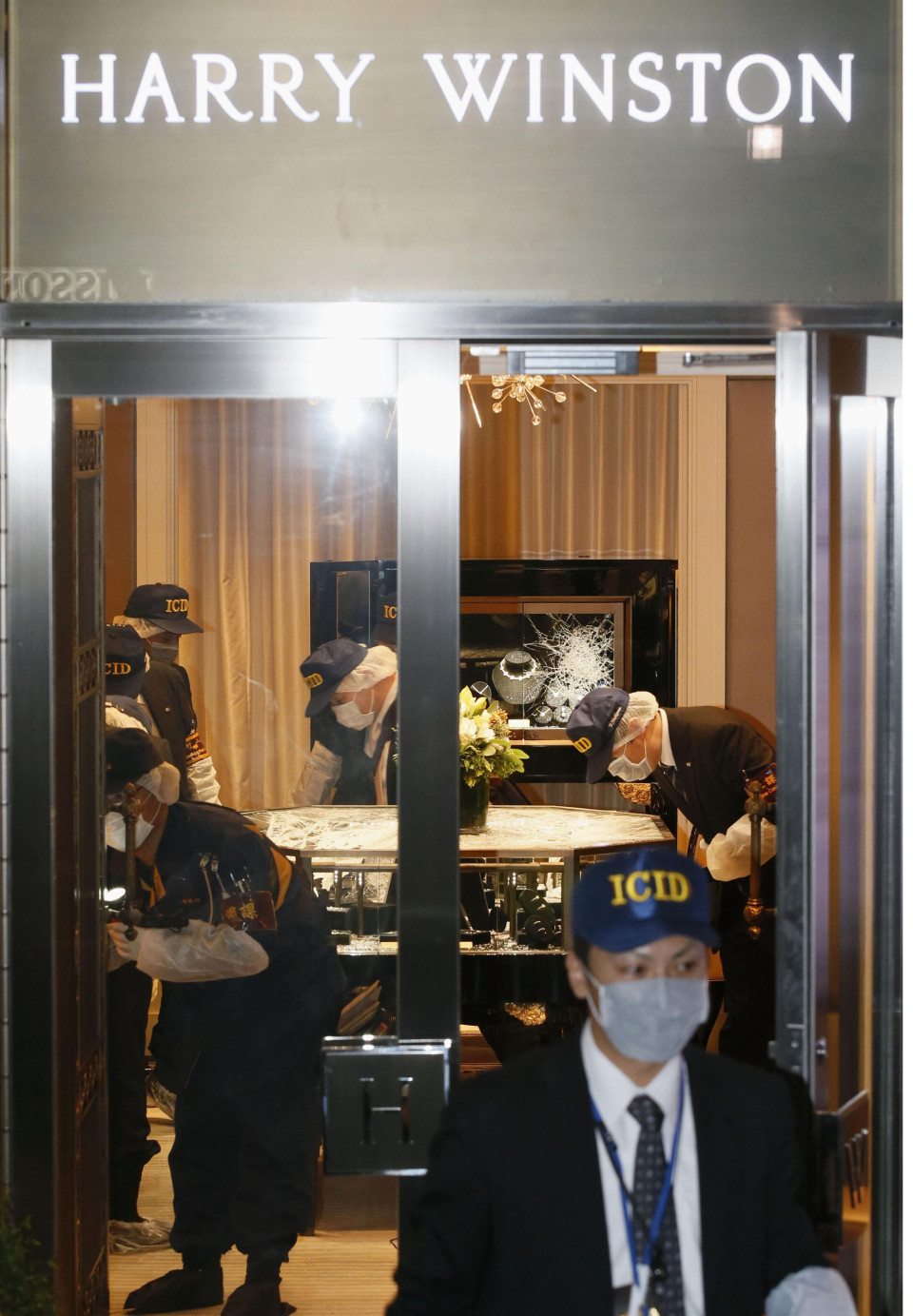 The three Britons left Japan two days after the heist and were put on an international wanted list by Japanese police through the International Criminal Police Organization, or Interpol.

The men are suspected of taking 46 pieces of jewelry worth 106 million yen, including rings and pendants, after punching a male security guard and breaking display cases at Harry Winston's shop in the Omotesando Hills commercial complex in Shibuya Ward on the night of Nov. 20, 2015.

Japanese police identified the men through security camera footage. Japan currently only has extradition treaties with the United States and South Korea.

In the absence of an extradition treaty, the country where a crime was committed usually asks a suspect's home country to prosecute.

Under the British judicial system, an offence is usually tried in the jurisdiction in which it took place.

The men's defense has been arguing that a handover could raise human rights concerns, according to the source.