Veteran defender Yuto Nagatomo says Japan must fight with the bravery of samurai to topple Croatia and make the nation's first foray into the final eight at a World Cup.

Speaking in the pre-match press conference on Sunday, a day before his team's round of 16 meeting with Croatia at Al Janoub Stadium in Al Wakrah, Nagatomo said it is time to put preparations into practice.

"There are tactics that are important, but no matter how much we have improved those, if we are scared on the field then those things are useless," the 36-year-old FC Tokyo and four-time World Cup player said.

"Before (samurai) went into battle, they polished their weapons and they tried to improve their techniques, but if they were scared during the battle, they would not be able to use those weapons properly. It is the same in football." 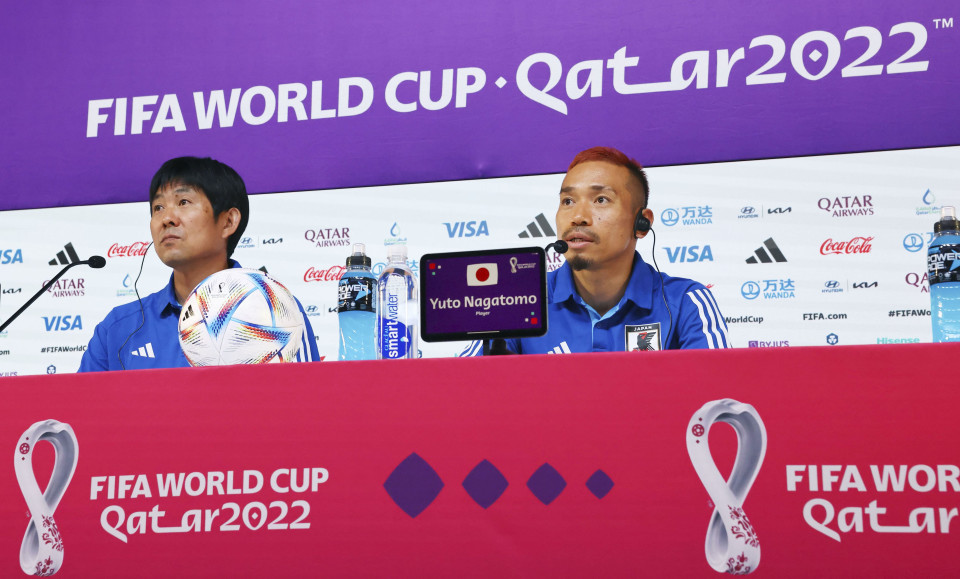 Japan manager Hajime Moriyasu (L) and defender Yuto Nagatomo attend a press conference in Doha on Dec. 4, 2022, a day ahead of the team's match with Croatia in the Round of 16 at the World Cup finals in Qatar. (Kyodo)

"In order for us to maximize all the tactics that we have been discussing and practicing, the first precondition is to have courage. So, tomorrow, we would very much like to showcase how courageous we can be."

Japan manager Hajime Moriyasu agreed, saying his players have developed well as individuals since reaching the same stage at the 2018 World Cup, and that playing with courage could be the final ingredient in the quarterfinal recipe.

The 54-year-old said Japan has always been well organized and able to execute, but in the past individual players were not strong enough to carry the team forward -- something he believes has changed since Russia.

"In the last four years, what I really felt was that of course our tactics (improved) but the individual players also grew themselves and became much more capable," he said.

He said Japan must display courage while remaining cognizant of the bigger picture.

Against Germany and Spain, Moriyasu said Japan "persevered and fought until the end. At the same time, they were themselves...now they can see that is producing results, and I hope at the individual level they will be able to play to their full." 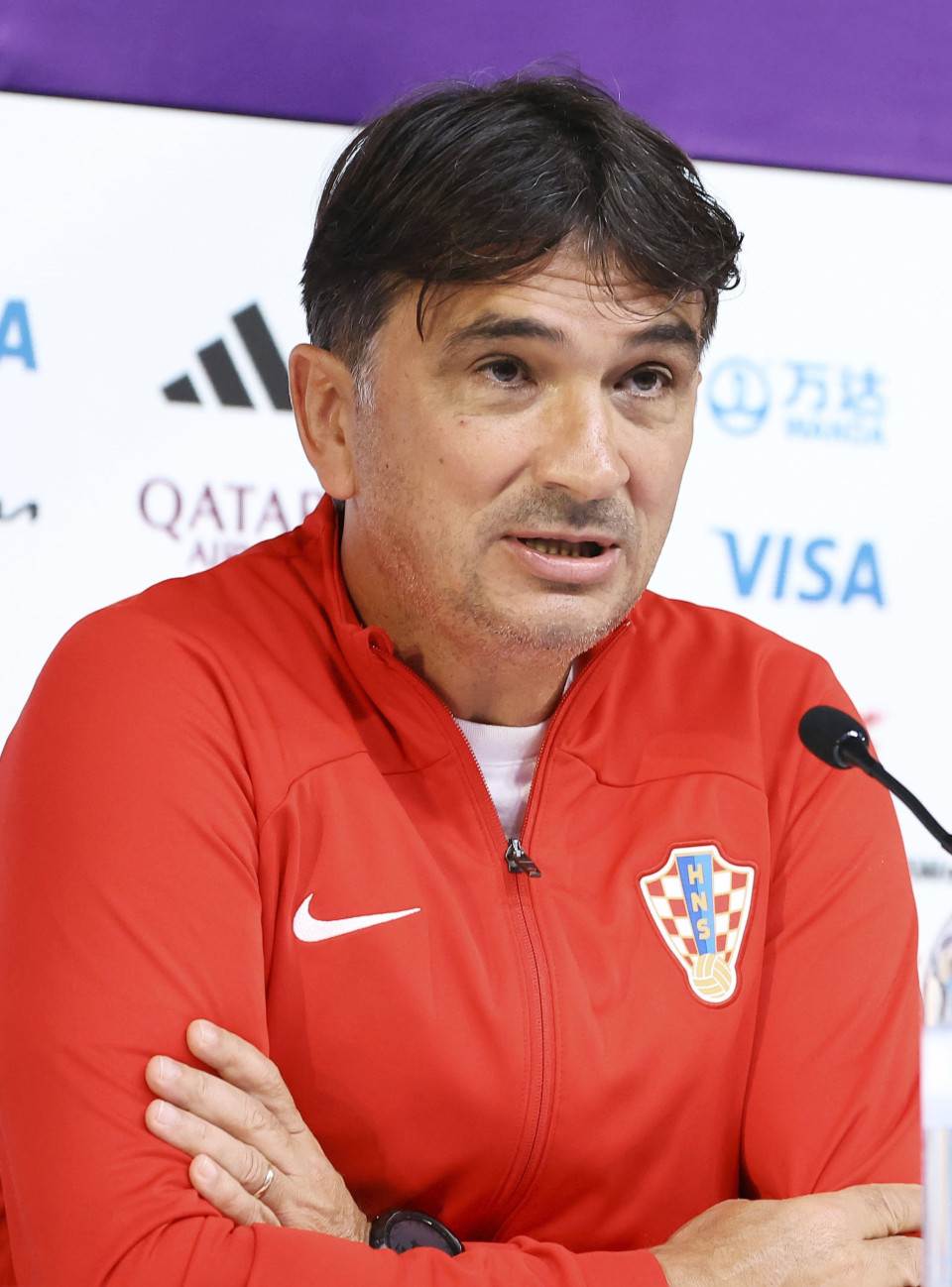 Croatia manager Zlatko Dalic speaks at press conference in Doha on Dec. 4, 2022, a day ahead of the team's match with Japan in the Round of 16 at the World Cup finals in Qatar. (Kyodo)

Zlatko Dalic's Croatia was one of just five teams to go unbeaten in the group phase at this World Cup. The long-time national team manager said he is not surprised Japan is taking a warrior mentality into the game, given what is at stake.

"Never underestimate anyone, respect your opponent," the 56-year-old said. "They will apply the samurai philosophy in their game. We will also do our part."

"We know who the opposition is, we know their mentality, so if we want to go on we must apply that same standard and attitude."

Dalic has overseen just one loss in Croatia's last 19 internationals and he said the persistence and consistency needed to achieve that level of success is something his team has in common with Japan.

"They simply do not give up as a team. We went to the 2018 final because we believed in ourselves and we did not surrender or give up."

"We have similar mentality to Japan, we apply the same approach and we have demonstrated this in the last couple of games. I believe we stand on equal ground."