Former Japan rugby coach Eddie Jones would not comment Monday as to where his immediate future lay in terms of coaching a national team, but he gave a cryptic clue as to where he could end up.

Jones -- who was sacked by England on Dec. 6 after seven years in charge of the 2019 Rugby World Cup runners-up following a poor run of results -- told Kyodo News in an exclusive interview that "there's a couple of offers floating around, so I will make sure I do due diligence for the next job I take as it will probably be the last job I do and I want to make sure it is a good one." 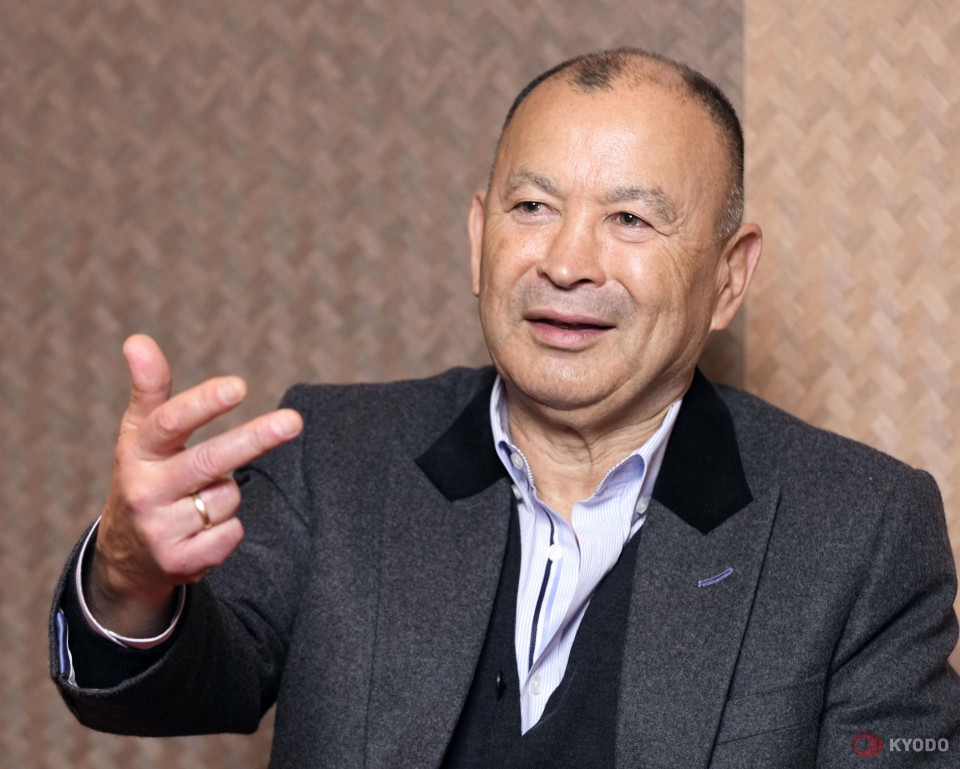 When asked why the next job would likely be his last, Jones, who turns 63 on Jan. 30, said, "You've got to finish at some time. You can keep going, but particularly coaching at international level, it's a pretty serious job, so at some stage, I want to have a bit of fun, and that might be after this next job."

"Like everything in life, there is a start and an end, and I want to close that cycle, as it were. I started professional coaching in Japan and Australia, and probably one of those two places would be a good place to finish."

Jones has already been linked with a return to Australia as well as a long-term deal with the United States, who will host the Rugby World Cup in 2031.

On Monday, he said he would not be going into the offers as there were private conversations. But two days earlier, after holding a coaching clinic for children at the Shibuya International Rugby Club, he admitted he had "loved my time in Japan, and if Japan were interested, I would be interested. But the interest has to come from the other side."

In addition to running coaching clinics for kids, catching up with players from the Brave Blossoms' memorable run at the 2015 Rugby World Cup, where Jones and his team beat South Africa in a game dubbed the "Brighton Miracle," the Australian is also spending his Christmas and New Year busman's holiday at Tokyo Sungoliath, where he is an adviser.

The Suntory-owned team have had Jones on their books in one form or another since 1997, and he admitted his loyalty to the club could eventually decide where he ends up coaching.

"The understanding between Suntory and me would be that they want me to be in a job I want to be." However, when pressed, he said that if a country tried to block him from continuing with the Sungoliath, it "may" play a role in his decision.

The Suntory connection was often brought up by the English media following a poor result -- "I think Anglo-Saxon countries, as opposed to Japan, are much more direct in their terms of criticism," he said.

But despite his on/off friendship with the fourth estate, Jones said he had loved his time in England.

"England is seen as the home of rugby, and they see themselves as the bastion of the game, so to have the honor as an Australian to be the first foreign coach to coach England, that's fun. Coaching a home game at Twickenham in front of 82,000 fans. All of that makes it a fun experience. And then you have good players."

Jones, at this stage, has ruled out any involvement in the 2023 World Cup and, as such -- given his last two international jobs -- will be an interested spectator when England play the Brave Blossoms in Pool B in Nice, France, on Sept. 17.

"I know who my wife (Hiroko) will be supporting. England have the power. Japan play with tempo. And whoever plays best will win."