Prime Minister Fumio Kishida on Saturday pledged $27 million in fresh aid to Moldova as he thanked the country for accepting evacuees from war-hit Ukraine, the Japanese Foreign Ministry said.

In a meeting with Moldova's President Maia Sandu in Tokyo, Kishida said the aid, supporting the areas of health, food, energy and gender, is intended to ease the burden inflicted on the country by Russia's military aggression, according to the ministry. 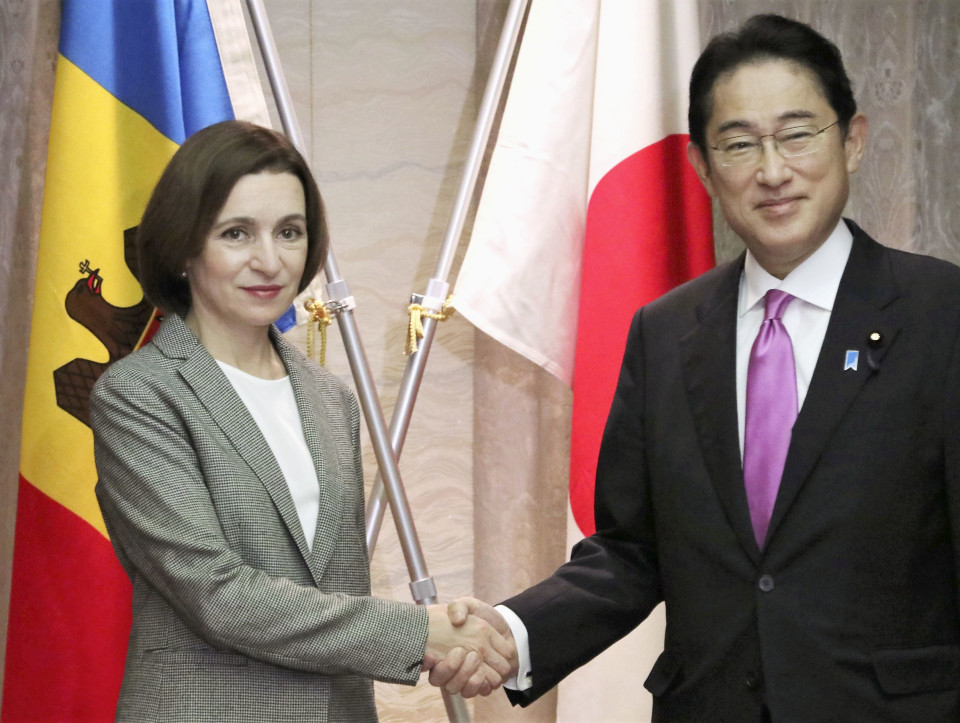 The number of displaced people from Ukraine is equivalent to more than 20 percent of Moldova's population.

Kishida said Japan will consider Moldova's request for financial aid based on the current situation in the East European country.

Sandu expressed gratitude to Kishida for Japan's multi-sectoral assistance to her country since its independence from the former Soviet Union in 1991 and said she hopes for further investment by Japanese companies, according to the ministry.

In a separate meeting, Kishida and Iceland's President Gudni Johannesson exchanged views on the Ukraine crisis and the situation in East Asia.

The two leaders agreed to maintain the rules-based international order in a veiled criticism against Russia's invasion of Ukraine and China's assertive territorial claims in the East and South China seas.

Kishida said Japan would like to continue close cooperation with Iceland on Arctic issues, and the sustainable use of marine living resources, among other areas.

Sandu and Johannesson visited the Japanese capital for the World Assembly for Women, an international conference promoting women's empowerment and gender equality.