Japanese golfers Minami Katsu, Yuna Nishimura and Yuri Onishi on Sunday advanced to the final week of the LPGA Q-Series, a two-week tournament at which players must finish in the top 45 and ties to qualify for the 2023 U.S. LPGA Tour.

After four rounds at Magnolia Grove Golf Course in Mobile, Alabama, Katsu sat in a tie for 17th place at 10 under, four strokes behind tournament leader Lauren Hartlage of the United States. 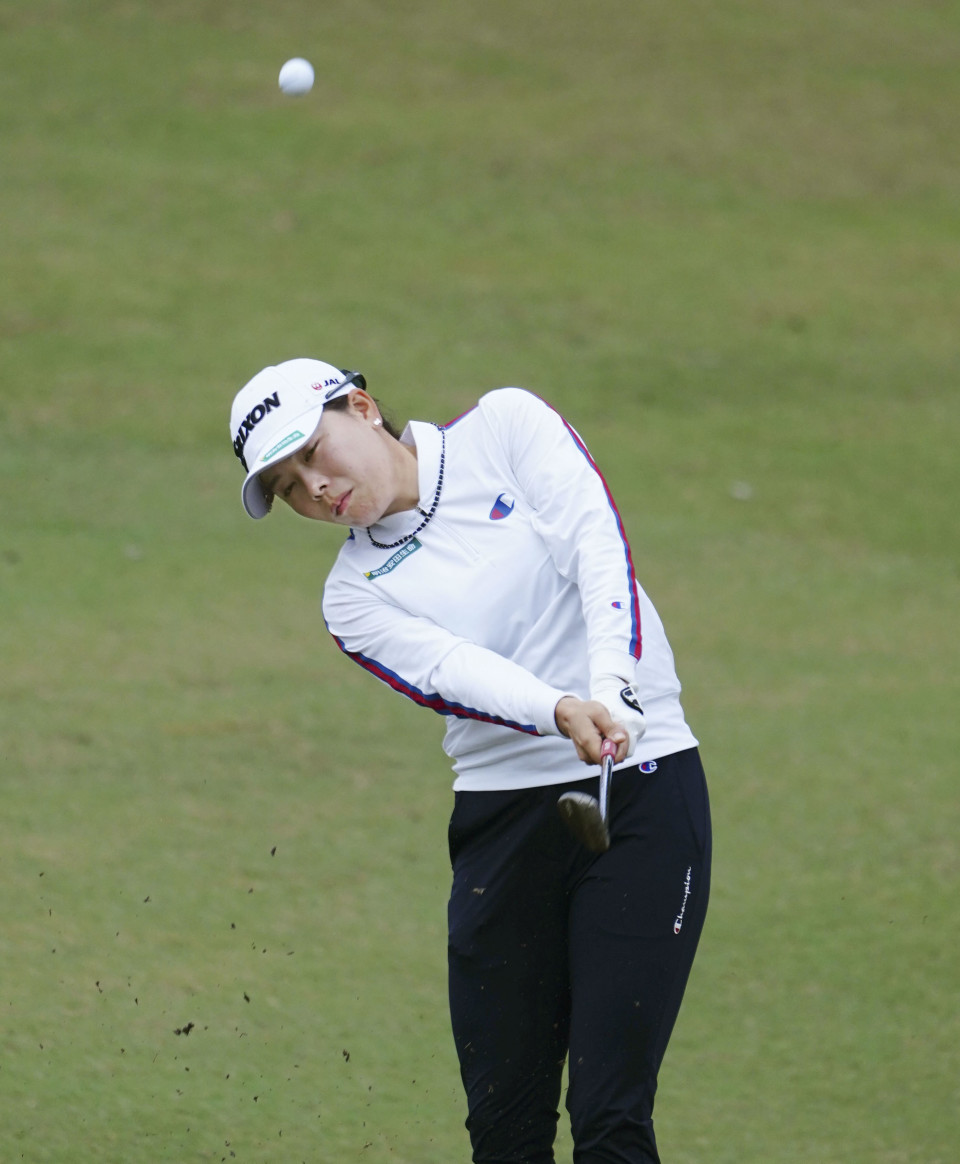 Minami Katsu of Japan hits her third shot on the fourth hole during the fourth round of LPGA Q-Series at Magnolia Grove Golf Course in Mobile, Alabama, on Dec. 4, 2022. (Kyodo)

On Sunday, Katsu had three birdies, at Nos. 9, 10 and 16, in her first bogey-free round of the qualifying tournament.

"I'm relieved I made the cut," Katsu said. "I'll just try to concentrate on things right in front of me, without worrying about the final result."

Nishimura shared 25th place at 9 under, and Onishi barely made the cut after being tied for 66th at 2 under.

The final four rounds will be played from Thursday at Highland Oaks Golf Course in Dothan, Alabama.