Japan national football team manager Hajime Moriyasu on Thursday expressed gratitude to people in the country for their support during the World Cup in Qatar, when he met with Prime Minister Fumio Kishida.

During his meeting with the team at the prime minister's office, Kishida praised the Samurai Blue, who defeated former champions Germany and Spain in the group stage, saying their achievements "stunned the world and gave courage to many fans." 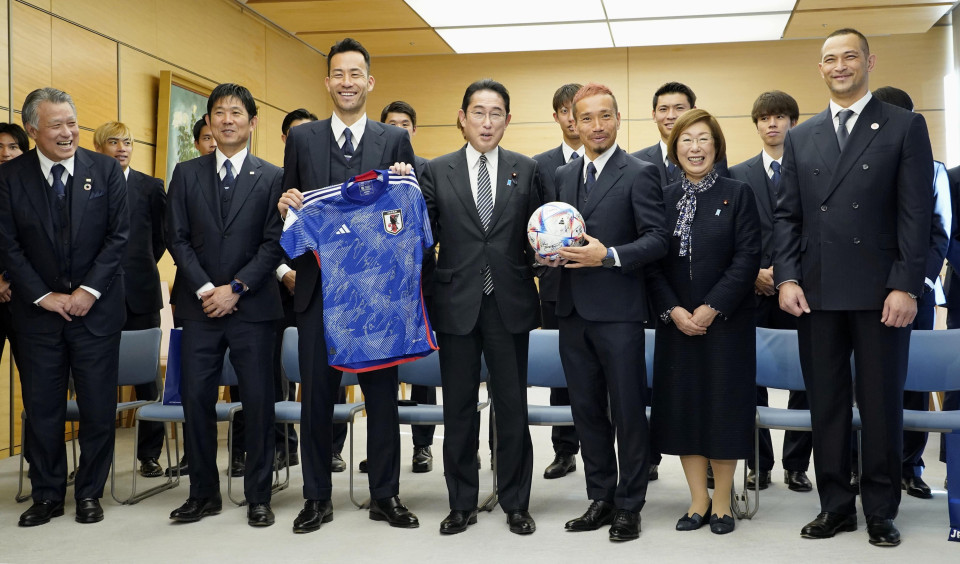 Japan's national team returned home on Wednesday, after advancing to the round of 16 and exiting in the knockout stage on penalties to 2018 World Cup runners-up Croatia.

Kishida, a lawmaker representing a constituency in Hiroshima, has personal ties with Moriyasu, a former midfielder who used to manage J-League club Sanfrecce Hiroshima.

Moriyasu told reporters after the meeting that he was "pleased" that the abilities of the Japanese players had been recognized by the world.

Asked whether he would remain in his post, Moriyasu said, "I want to continue serving as manager a little longer."

Defying the odds, Japan topped a tough Group E and advanced to the round of 16 at consecutive World Cups for the first time, following the previous World Cup in Russia.

But the Samurai Blue were unable to achieve the cherished goal of reaching the quarterfinals as their 1-1 draw with Croatia was followed by a penalty shootout loss.