Chinese President Xi Jinping praised Tuesday the late former leader Jiang Zemin for his achievements including curbing the 1989 Tiananmen Square pro-democracy movement and overseeing economic reform in China alongside its partial opening up at a memorial service held in Beijing.

Jiang, who died of leukemia and multiple organ failure at the age of 96 in Shanghai last Wednesday, is credited with guiding China's rapid rise to major power status as the ruling Communist Party's leader between 1989 and 2002. 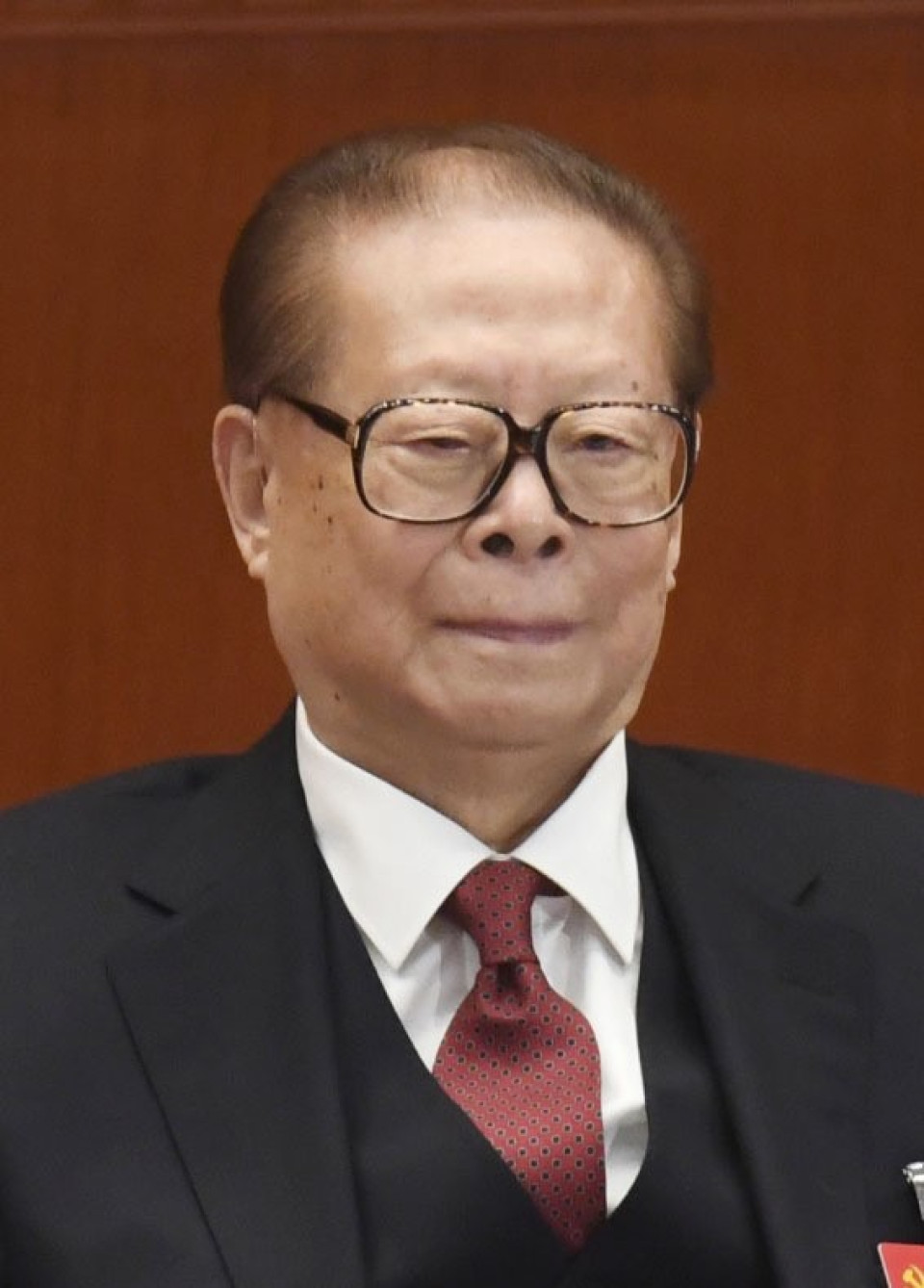 About 5,000 senior Communist Party members, as well as government and military officials, with white flowers pinned to their chests, offered silent prayers for three minutes at the start of the ceremony held at the Great Hall of the People in the capital, according to state media.

In his eulogy, Xi said in reference to the Tiananmen Square protests that Jiang implemented the Communist Party's "correct decision on taking a clear stand against" the political turmoil as the top party official in Shanghai, and "effectively maintained the stability" of the city where similar protests had occurred.

Jiang led efforts to "unswervingly take economic development as a central task" and adhered to the nation's policy of reform and opening up, Xi said.

He also called Jiang "an outstanding leader enjoying high prestige" acknowledged by the party and the military and commended the former president for dedicating his whole life to the Chinese people and realizing national prosperity.

Xi called on the Communist Party members, the military and the people of all ethnic groups to "unite more closely" around the Party Central Committee and work together to comprehensively build a modern socialist country and promote the great rejuvenation of the Chinese nation.

Many people laid flowers in front of Jiang's former residence in Yangzhou, Jiangsu Province, and offered silent prayers. Some bouquets had message cards that cordially remembered the time when Jiang was at the helm of the Communist Party, saying it was "an open, easygoing, free and fulfilling era."

Tang Guozhen, a 58-year-old Yanzhou resident, said Jiang's death was unacceptable and thanked him for "making the lives of the general public happy." A 36-year-old woman said Jiang visited areas damaged by flooding and had a similar viewpoint to citizens'. 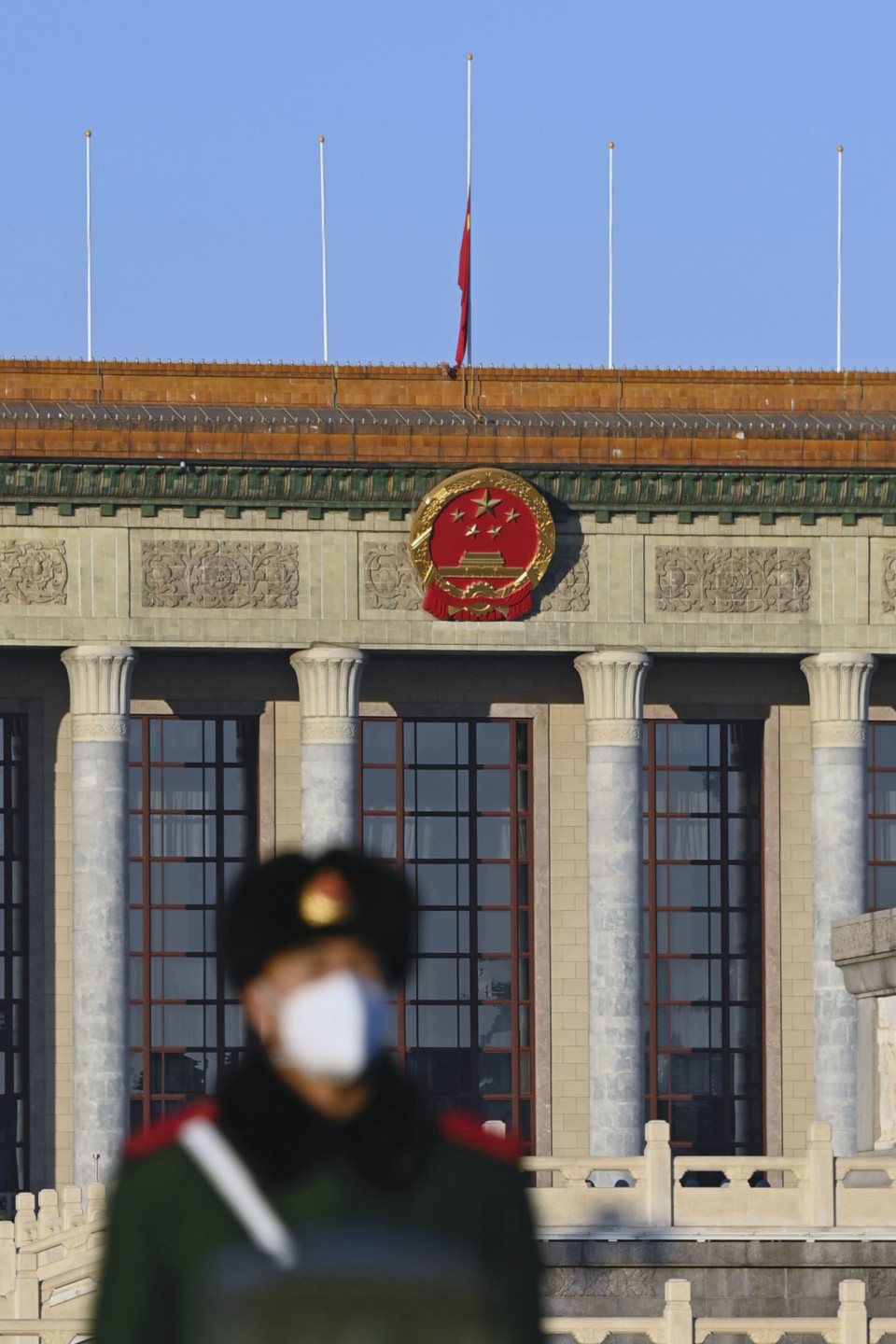 The Chinese national flag is flown at half-mast at the Great Hall of the People in Beijing on Dec. 6, 2022, ahead of a memorial service for former Chinese President Jiang Zemin, who died Nov. 30 at age 96. (Kyodo) ==Kyodo

In memory of the former leader, the general public was instructed to watch a live broadcast of the ceremony, with sirens blaring in various cities.

Universal Studios in Beijing was closed and some overseas TV programs were not aired as the Funeral Committee, headed by Xi, called for the suspension of entertainment activities.

On Monday, Jiang's body was cremated at the Babaoshan Revolutionary Cemetery in the capital, after having been flown from Shanghai.

Jiang managed China's 2001 accession to the World Trade Organization and the nation's winning bid the same year for the 2008 Summer Olympics in Beijing, which were major milestones in his 13-year tenure at the apex of power.

During that time, China's economy grew at an average rate of 9 percent annually, with military spending increasing by around 15 percent each year. Jiang also presided over Hong Kong's return to China from Britain in 1997.