Across the world this Sunday, examinees will sit the Japanese Language Proficiency Test, a lengthy comprehension test that is the most widely taken Japanese exam by foreign nationals, whose upper levels can open opportunities in employment and education.

Many companies seeking to hire foreign workers with Japanese ability specify the top two of the test's five levels among their requirements. But the JLPT's multiple-choice format of passive reading and listening skills, with no sections for speaking or writing, casts doubt over its suitability as a standard for gauging candidates looking to work in a Japanese environment. 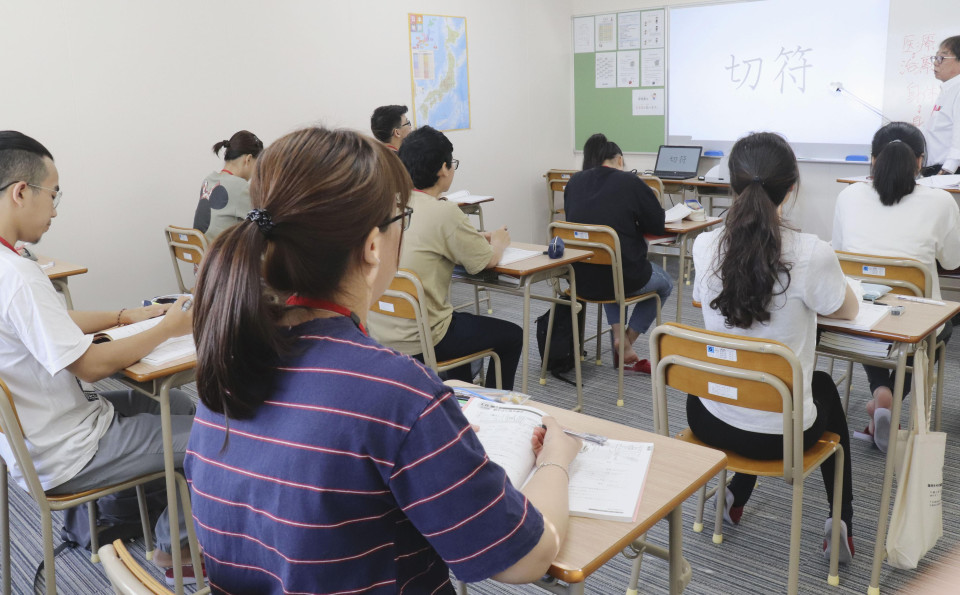 Established in 1984 and administered jointly by the Japan Foundation and Japan Educational Exchanges and Services, the JLPT boasts huge examinee numbers that were surging before the coronavirus pandemic. In 2013, 571,075 people in 65 countries and regions took the test, rising to a record 1,168,535 examinees in 87 countries and regions in 2019.

Regarding motives behind sitting the exam, a 2018 survey by the organizers of candidates abroad found 33.4 percent were taking the test to improve work opportunities either at home or in Japan, while another 26.6 percent needed it for academic requirements.

All of its N1 to N5 levels require examinees to reach a minimum score in the reading and listening subsections to pass the exam. Typical questions include choosing the correct missing word and listening to recorded exchanges to decide what the speaker will do next.

But its lack of productive testing excludes it from an official equivalence against the Common European Framework of Reference for Languages (CEFR), the six-level international standard that can be used to gauge a language user's ability or test's difficulty across all linguistic skills.

Uptake is far lower for other tests less commonly available outside Japan. The Business Japanese Proficiency Test received 5,200 examinees in fiscal 2021, while the J Test, which bills itself as the test to take after N1, says it receives about 60,000 takers annually. 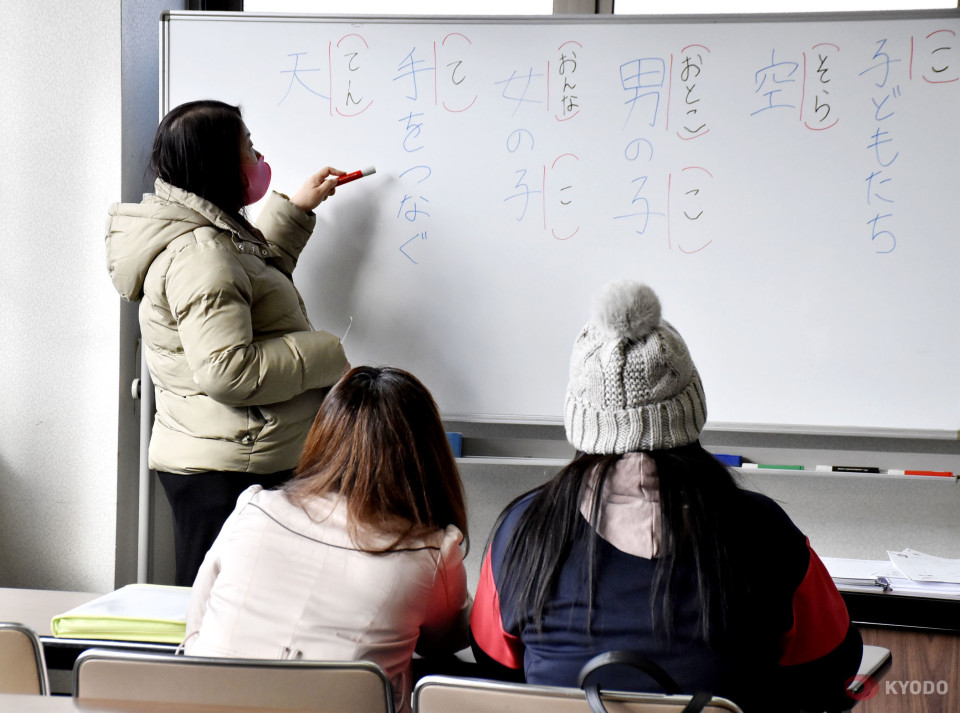 For recruiters like Kentaro Hayashi, employed at Workport's Global Partners division that has specialized in supporting foreign nationals find work in Japan since 2018, the lack of speaking tests means he sets little stock behind exam certificates. "I really think a JLPT qualification doesn't mean very much," he said with a laugh.

Global Partners, which primarily supports foreign nationals in the IT industry, instead conducts one-hour meetings with prospective candidates to decide whether their Japanese is sufficient for them to work for a domestic firm.

"If a capable candidate sees they need a test score, they may not apply when they could have. There are many very fluent people who don't have a JLPT, and then there are people with N1 who can barely speak Japanese," he said.

Ichiro Asami, head of Naitei Bridge Co., a consultancy firm that supports domestic companies in helping their foreign employees succeed at work, said he believes companies can fix the issue of unmatched expectations. 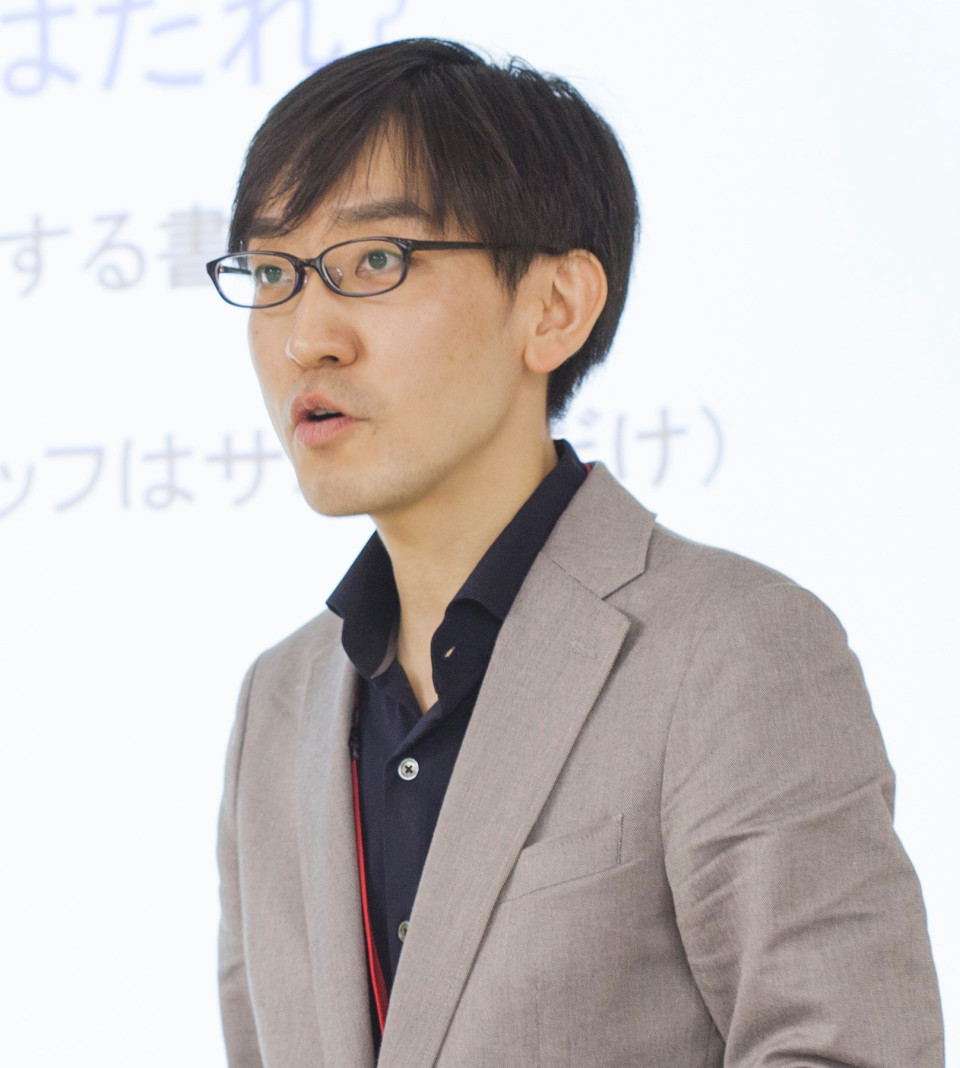 "It shocks me when companies tell me they hire people at N1 or N2, but then I discover they don't ask candidates to show proof," the former Japanese language teacher said.

"Because there's no agreed standard for employment, companies ask for the JLPT but know so little about it they can't even use it to assess candidates," he said.

Asami is instead urging companies to adopt the CEFR in their hiring practices as a "really convenient way" to set expectations of specific skills with non-native speakers.

With the criterion for each level clearly defined, a candidate could provide a self-assessment that a hiring officer would then check against their own impression.

Such a system seems some way off, but moves to introduce a similar framework are taking place in the government. In October 2021, the Agency for Cultural Affairs published a report on its new frame of reference for Japanese, which uses the CEFR to outline five areas for fluency assessment and seeks to create a new assessment standard used in and out of Japan.

Among its three main pillars are focusing on what a language speaker can do, and improving language standards to ensure the country's rising population of foreign nationals can participate in society. It also highlights the abundance of reading and listening tests compared to speaking.

"It's somewhat idealistic, but this is the first time the government has put what people can do, the quality of language, at the center of the thinking. Until now it's been about whether schools have people overstaying or if they advance in their studies," she said.

But Yamamoto notes that "the JLPT isn't sufficient to measure the skills outlined in the new framework."

"How it's assessed will be the biggest issue, and for it to take a form that Japanese language schools across the board can adopt will be very difficult," she said.

Despite the JLPT's drawbacks, however, Yamamoto said the test can be motivating. "It does provide a strong study incentive, and it's worth taking if you're good at speaking but lack language knowledge."

In response to a request for comment, the Japan Foundation said it constantly looks into how to improve the JLPT with considerations including language input and output, but added it cannot comment on any plans for changes or revisions.

While acknowledging expectations of the test have changed, the Japan Foundation said the way exam results or scores are used is up to candidates and individual groups or organizations.