Japan is considering buying up to about 500 Tomahawk cruise missiles from the United States until around fiscal 2027, as Tokyo aims to obtain an enemy base strike capability, a government source said Wednesday.

The government is considering the purchase to swiftly enhance its deterrent capability until it can begin operating homemade "standoff missiles," capable of launching outside the threat range of enemies, the source said.

The purchase is being envisaged as the government of Prime Minister Fumio Kishida plans to declare the acquisition of a "counterstrike capability" in its National Security Strategy, the nation's key long term security policy guidelines set to be updated by year-end. 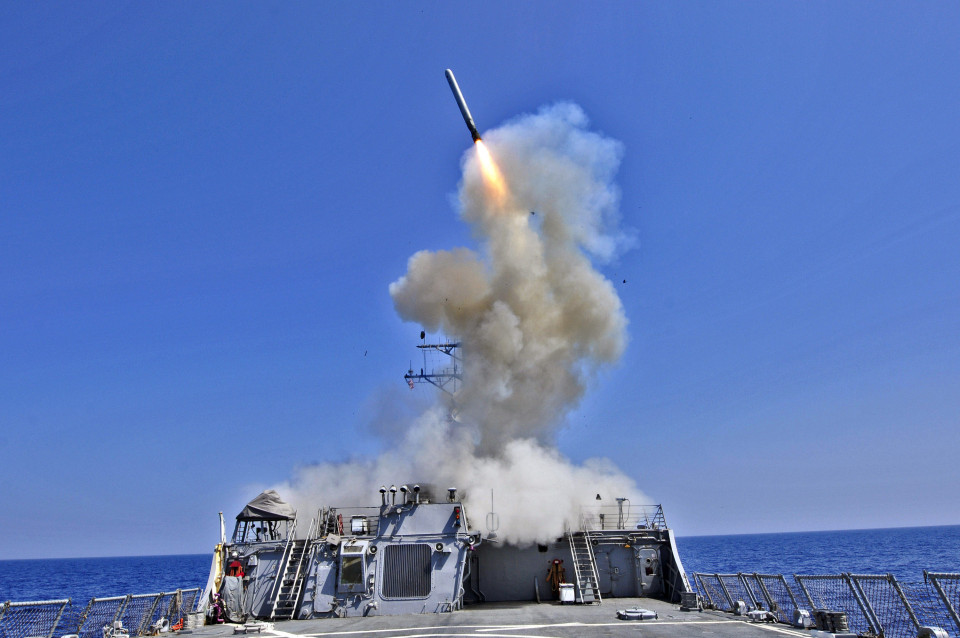 The number of missiles to be purchased may change as the Defense Ministry is examining how many Tomahawks will be needed to deal with increasing security challenges from North Korea and China, the source said.

Known for their accuracy, the U.S.-made cruise missiles have a range of about 1,600 kilometers and can travel at relatively low altitudes that make them hard to detect by radar.

Although Washington has strictly limited its end users for reasons that include protecting defense secrets, the Japanese and U.S. governments have already started talks on details of a purchase deal, according to the source.

The cruise missiles are likely to be mounted on Maritime Self-Defense Force destroyers, but plans have also emerged for fitting them on MSDF submarines.

Chief Cabinet Secretary Hirokazu Matsuno told a press conference on Wednesday that the government "has yet to decide on anything concrete about the so-called counterstrike capability, which is still under consideration."

Matsuno said, however, that Tokyo has explained to Washington that Japan will "fundamentally strengthen" its defense capabilities.

Kishida's ruling Liberal Democratic Party has proposed that Japan obtain the capability, which would enable the country to take out enemy missiles before they are launched from foreign territory and target command centers.

But the idea remains controversial in Japan, where successive governments have maintained an exclusively defense-oriented policy under the country's war-renouncing Constitution.

The government is also likely to set forth in the revised security policy document plans to almost double the nation's annual defense budget to 2 percent of gross domestic product, a level also called for among members of the North Atlantic Treaty Organization.