Takayasu defeated one of his overnight co-leaders, No. 13 Oho, before Takakeisho took care of the other, sekiwake Hoshoryu, on Day 13 at Fukuoka Kokusai Center. 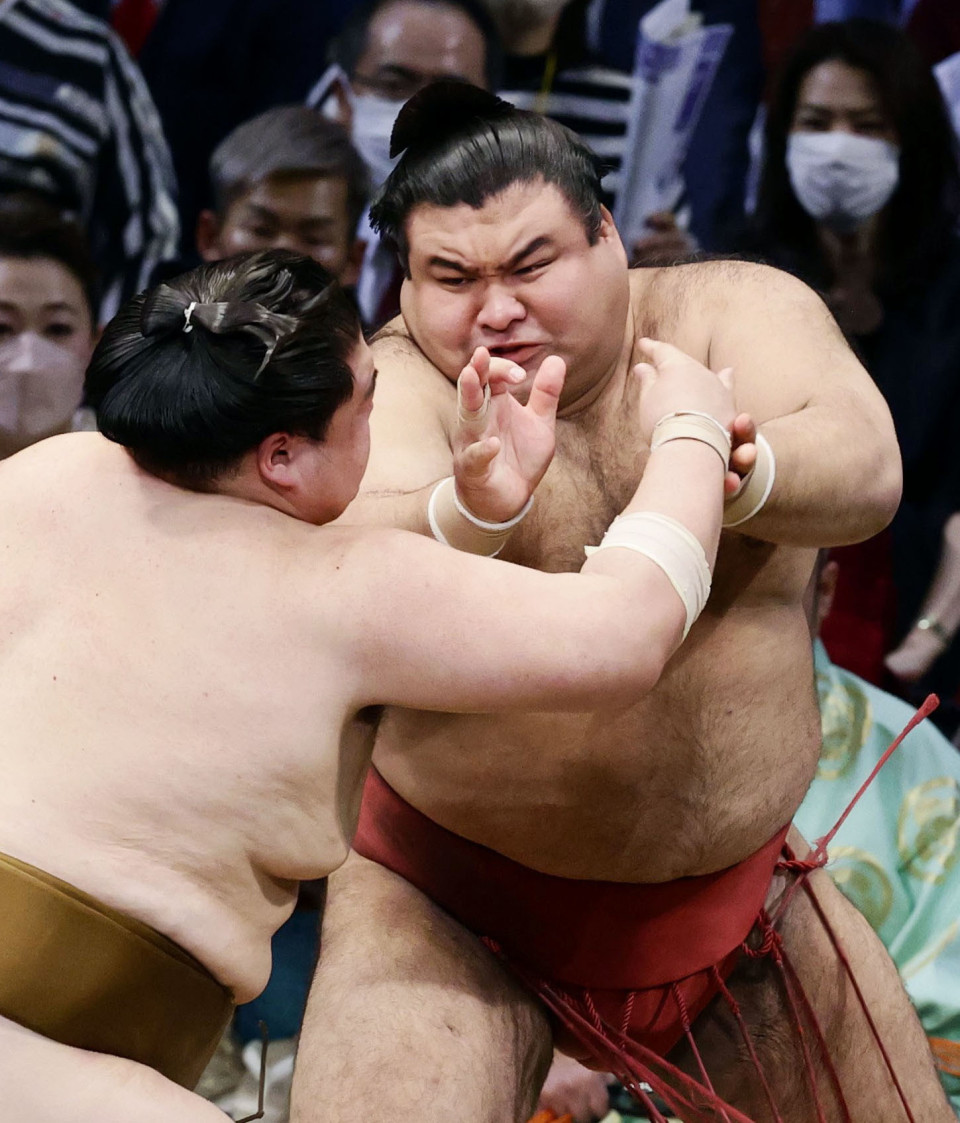 Takayasu (facing camera) goes on the offensive against Oho on the 13th day of the Kyushu Grand Sumo Tournament at Fukuoka Kokusai Center in Fukuoka, southwestern Japan, on Nov. 25, 2022. (Kyodo)

A former ozeki, Takayasu (11-2), is bidding for his maiden Emperor's Cup at the 15-day tournament after coming close in September and March.

He did not have an easy time against powerfully built thoroughbred Oho, who delivered a solid opening hit before the pair locked up. With a strong belt grip, Takayasu eventually shifted Oho off balance and flung him to the clay with an overarm throw.

In the day's final bout, Takakeisho kept Hoshoryu off his belt and turned the contest into a pushing and thrusting affair that favored the two-time grand tournament winner.

The ozeki maintained his forward momentum to push out the 23-year-old rising star from Mongolia. The result left them tied at 10-3, sharing the second rung of the leaderboard with Oho and No. 9 Abi, who thrust out No. 15 Kagayaki (9-4).

Shodai, who came in as a demotion-threatened "kadoban" ozeki, suffered a decisive eighth loss at the hands of komusubi Tamawashi (4-9) and will be demoted from the second-highest rank.

Soon-to-be sekiwake Shodai (5-8) will have one shot at automatic promotion back to ozeki at the next meet in January, where he must win at least 10 bouts to regain the rank.

Shodai's demotion will leave the sport with just one yokozuna and one ozeki for the first time in 125 years. Yokozuna Terunofuji is sitting out this tournament after having knee surgery in October.

Sekiwake Mitakeumi avoided a losing record at 6-7 by beating No. 5 Hokutofuji (6-7), who left himself open to a slap down by lunging too far forward at the jump. Mitakeumi is fighting to avoid demotion for a second straight meet after losing his ozeki status in September.

Sekiwake Wakatakakage, March's champion, closed in on a winning record at 7-6 by forcing out No. 5 Nishikifuji (8-5). 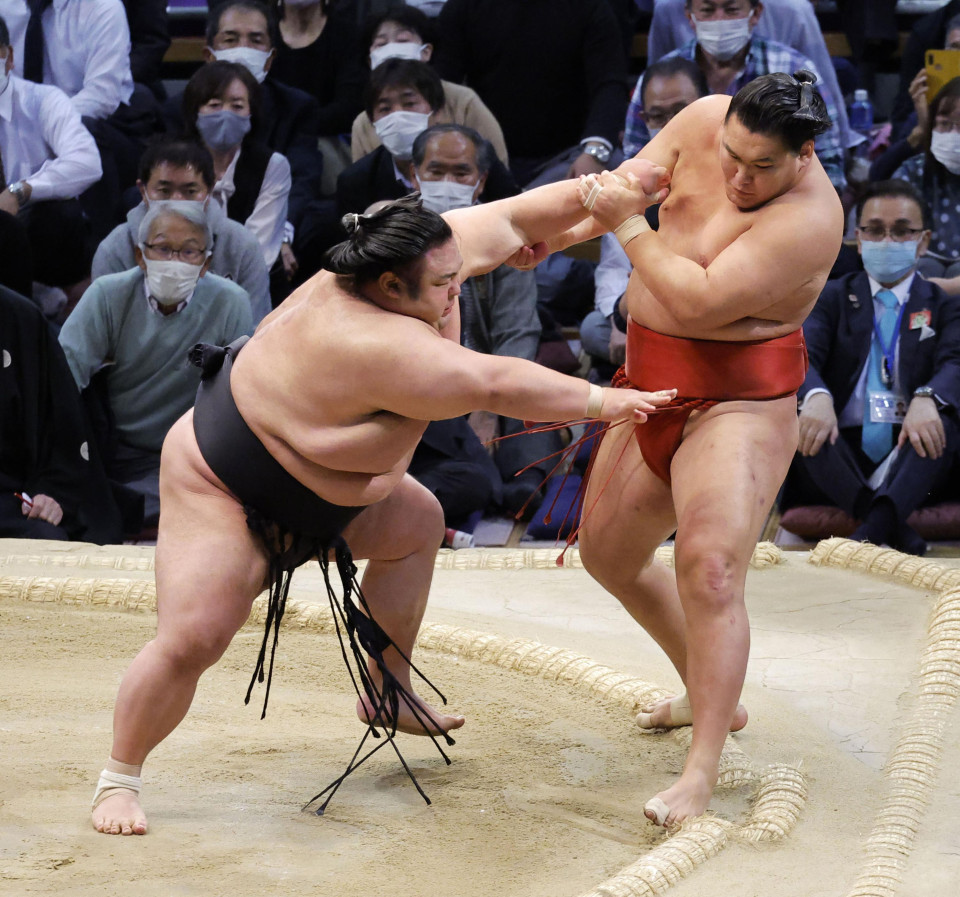 Hoshoryu (R) loses to Takakeisho on the 13th day of the Kyushu Grand Sumo Tournament at Fukuoka Kokusai Center in Fukuoka, southwestern Japan, on Nov. 25, 2022. (Kyodo)