The Nippon Ham Fighters on Friday introduced newly signed utility infielder Gosuke Katoh, who finished the 2022 season with Triple-A Syracuse in the New York Mets organization after making his major league debut with the Toronto Blue Jays in April. 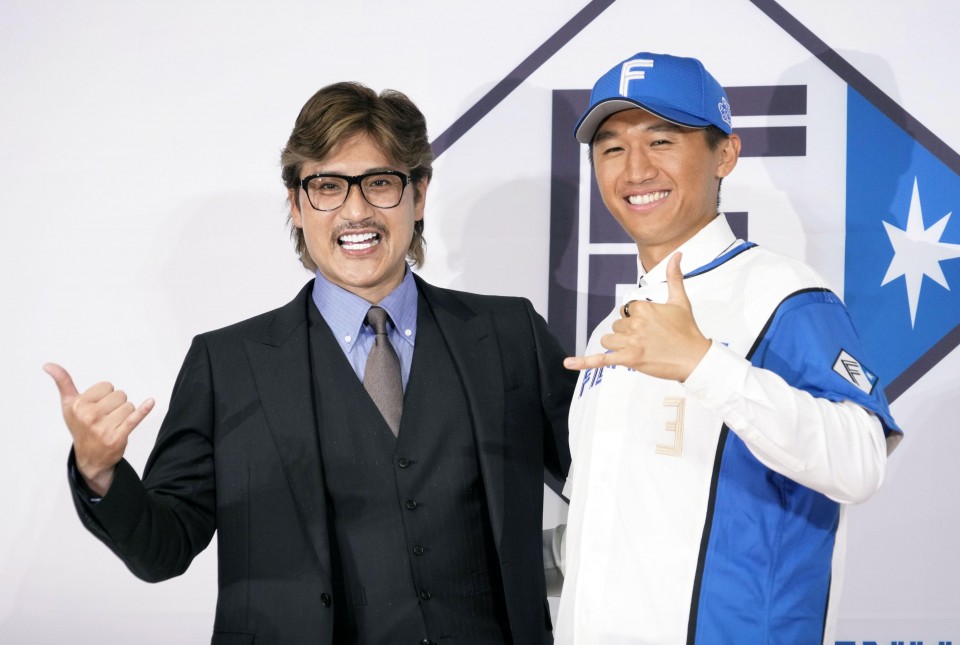 "I still can't believe this," Katoh said at a Tokyo hotel. "It's a dream come true attending a press conference here and speaking alongside manager Shinjo."

Born and raised in the United States, Katoh was the New York Yankees' second-round draft pick in 2013. He played in eight MLB games in 2022, all in April, and picked up his first career hit on April 27 -- a double.

He believes baseball in Japan is a completely different sport.

"I don't know how far my game will play here," Katoh said. "But the mental strength and confidence I gained from my time in the minors should translate in any sport anywhere."

Shinjo said, "I have to see him play first, but I expect our team to get stronger if he plays second base and bats fifth or sixth in the lineup.