Princess Hisako, the widow of former Emperor Akihito's cousin, has tested positive for the coronavirus, the Imperial Household Agency said Wednesday, making her the fifth COVID-19 case within the Japanese imperial family. 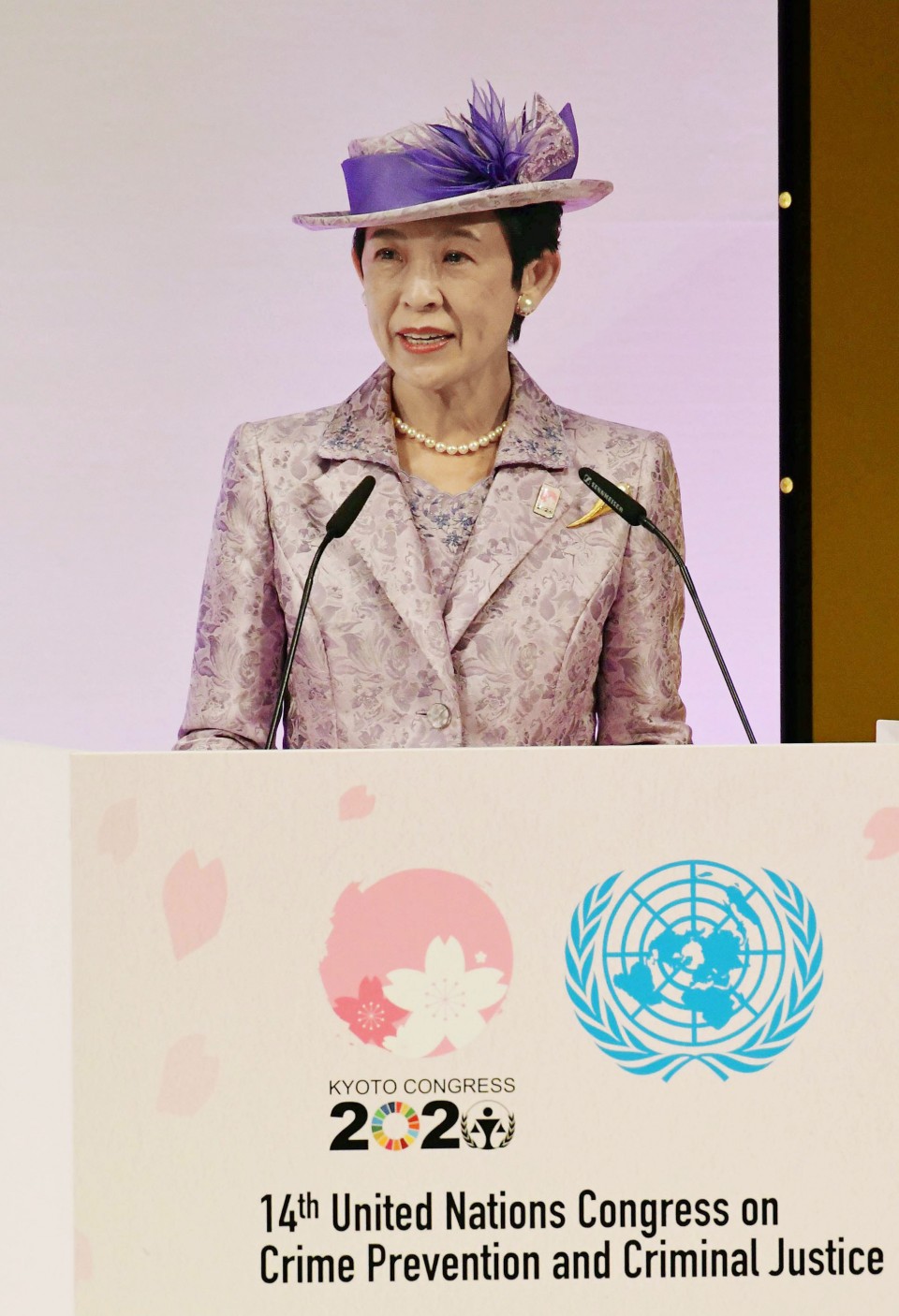 The 69-year-old princess, who had a fever that rose to 38 C at one point, still feels some discomfort in her throat but her temperature has now dropped to around 36 C, according to the agency.

The wife of the late Prince Takamado had been suffering from mild cold symptoms since Saturday, developing a fever on Tuesday night. She tested positive for COVID-19 in a PCR test Wednesday, the agency said.

The infection route remains unknown, with her eldest daughter Princess Tsuguko, as well as Princess Akiko and Princess Yoko, the two daughters of the late Prince Tomohito of Mikasa whom she met with recently, all testing negative for the virus.

Princess Hisako, who will recuperate at her residence until Saturday, has canceled her attendance at the All Japan Inter-Middle School English Oratorical Contest to be held Friday.

There will be no change to her scheduled visit to Qatar from Nov. 26 to watch Japan play in the soccer World Cup, according to the agency.