To win a championship "was a dream when I was a rookie wrestler," the 28-year-old former sekiwake told an online press conference a day after winning the tournament at Fukuoka Kokusai Center in a rare three-way playoff. 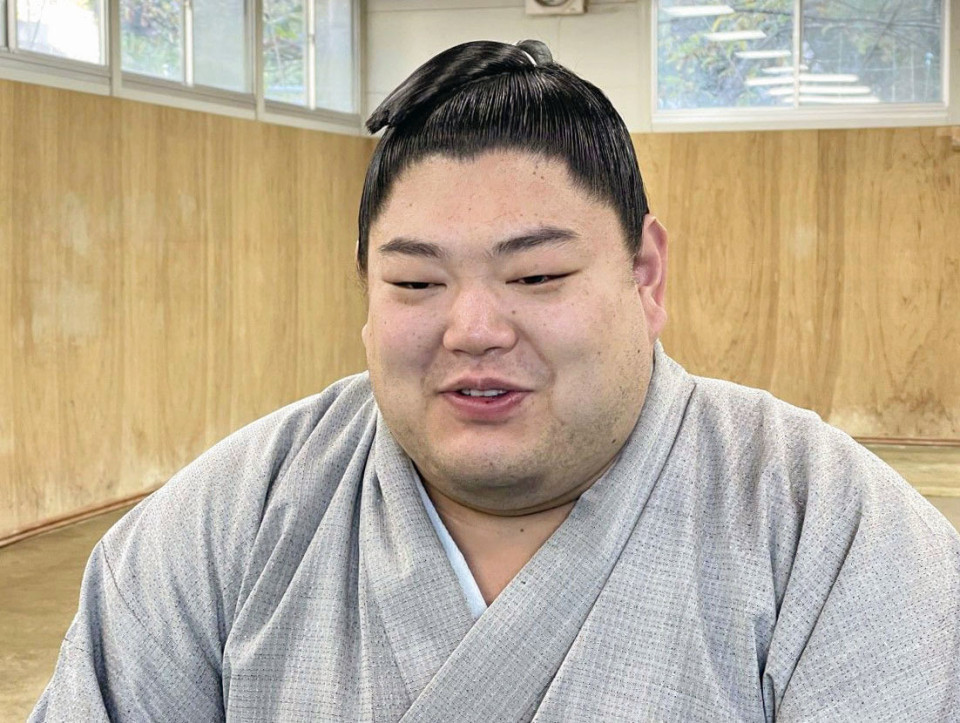 Former sekiwake Abi speaks in the Fukuoka Prefecture town of Sasaguri, southwestern Japan, on Nov. 28, 2022, a day after winning the Kyushu Grand Sumo Tournament in a three-way playoff. (Photo courtesy of the Japan Sumo Association)(Kyodo)

"I began to realize how sweet it is to win a tournament when I returned to my room and took pictures with stablemates."

Abi, a ninth-ranked maegashira for the just-ended tournament, forced the playoff by defeating overnight leader and No. 1 maegashira Takayasu to improve his record to 12-3 before beating Takayasu again and ozeki Takakeisho in the first three-way playoff since the 1994 Spring Grand Sumo Tournament.

His stablemaster Shikoroyama, however, could not travel to Fukuoka to see Abi's moment of victory due to health problems such as arrhythmias.

"I got this result after I followed what my boss told me: concentrate on one bout at a time," Abi said. "I want to go home and see him soon."