Prime Minister Fumio Kishida will address food and energy insecurity stemming from Russia's invasion of Ukraine when he attends a Group of 20 summit and two other summit meetings in Southeast Asia.

With G-20 members split over their responses to the invasion -- Western countries condemning Russia but China, India and others not joining sanctions against Moscow -- it is possible the G-20 could fail to issue a post-summit leaders' declaration for the first time since its inception in 2008.

Kishida, U.S. President Joe Biden and European leaders are expected to condemn Russia at the summit slated for next Tuesday and Wednesday in Bali, Indonesia, but Russian President Vladimir Putin will not be there, an Indonesian government official said.

Foreign Minister Sergey Lavrov will instead lead the Russian delegation, according to the official. 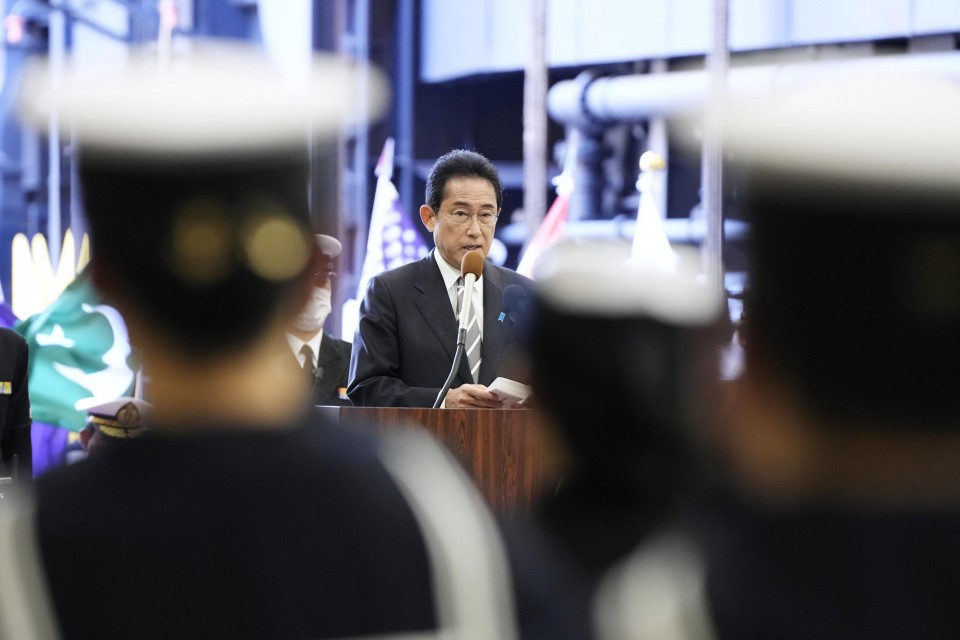 G-20 host Indonesia has invited Ukrainian President Volodymyr Zelenskyy, who has said he will not take part if Putin does.

Kishida will also join Association of Southeast Asian Nations-related summits on Saturday and Sunday in Phnom Penh, as well as a summit of the Asia-Pacific Economic Cooperation forum on Nov. 18 and 19 in Bangkok.

Kishida will bilaterally meet with leaders from countries including the United States, Laos, Vietnam, Cambodia and Brunei, during his nine-day trip to Southeast Asia, Matsuno said.

Amid simmering tensions over Taiwan, the Japanese leader also plans to hold talks with Chinese President Xi Jinping on the margins of either the G-20 or APEC gathering in what would be the first Japan-China summit since December 2019, the sources said.

In the G-20 summit, Kishida plans to brief his counterparts on how Japan has and will continue to support African and other countries hit hard by food and energy insecurity sparked by the Ukraine crisis, Japanese officials said.

The G-20 leaders, whose countries account for about 80 percent of the world's gross domestic product, are also slated to discuss global health and digital transformation, the officials said at a press briefing.

In the Japan-ASEAN summit, as well as at a summit involving the ASEAN leaders, Kishida, Yoon and Chinese Premier Li Keqiang and the 18-nation East Asia Summit in the Cambodian capital, Kishida is expected to address China's assertive territorial claims in the East and South China seas, the Taiwan issue, the crisis in junta-led Myanmar and Russia's military aggression in Ukraine.

With Japan and 10-member ASEAN due to mark in 2023 what they have dubbed 50 years of a friendly and cooperative relationship, the two sides are likely to agree to hold a special summit in Tokyo around December next year, according to the Japanese officials.

In Bangkok, Kishida and his peers from the 21-member APEC will try to find common ground on realizing inclusive and sustainable growth as well as free and open trade and investment in the region in the post-COVID-19 era, the officials said.

In planned bilateral talks with Biden on the fringes of the EAS, Kishida is expected to explain his policy of beefing up Japan's defense capability and reaffirm the importance of safeguarding peace and the stability over the Taiwan Strait.

In August, China fired ballistic missiles during military drills held around Taiwan to protest a visit to the self-ruled democratic island by U.S. House Speaker Nancy Pelosi, with five of them falling into Japan's exclusive economic zone in the East China Sea for the first time.

A trilateral meeting involving Kishida, Biden and Yoon is also scheduled in Phonon Penh in the wake of a spate of North Korean ballistic missile launches in violation of U.N. Security Council resolutions, including the firing of an intercontinental ballistic missile.

Arrangements for bilateral talks between Kishida and Yoon are under way as the two neighbors attempt to turn around a bilateral relationship that has deteriorated sharply over the issue of wartime labor.

In the planned meeting with Xi -- who cemented his position as the country's most powerful leader since Mao Zedong in a twice-a-decade Communist Party congress last month -- Kishida is expected to call for easing tensions over Taiwan as speculation grows that Beijing might attempt to take the island by force.

Kishida may also touch on Beijing's attempts to undermine Tokyo's administration of the Senkaku Islands, known as Diaoyu in China, in the East China Sea.