North Korea reported on leader Kim Jong Un's daughter for the first time on Saturday, with photos released of a young girl who appeared to be her alongside him, fueling speculation on whether she is a potential successor to her father.

One photo taken Friday when North Korea says it successfully test-fired a new type of intercontinental ballistic missile showed Kim's daughter in a white jacket next to his wife Ri Sol Ju, with Kim in the foreground. She could be "Ju Ae," and from her appearance is likely either the first or second of three children believed to have been born between Kim and Ri.

In hereditarily ruled North Korea, successors have been made public through state media, with Kim's father and predecessor Kim Jong Il first publicly introduced in his late 30s. Kim Jong Un himself made his debut when he was in his 20s. 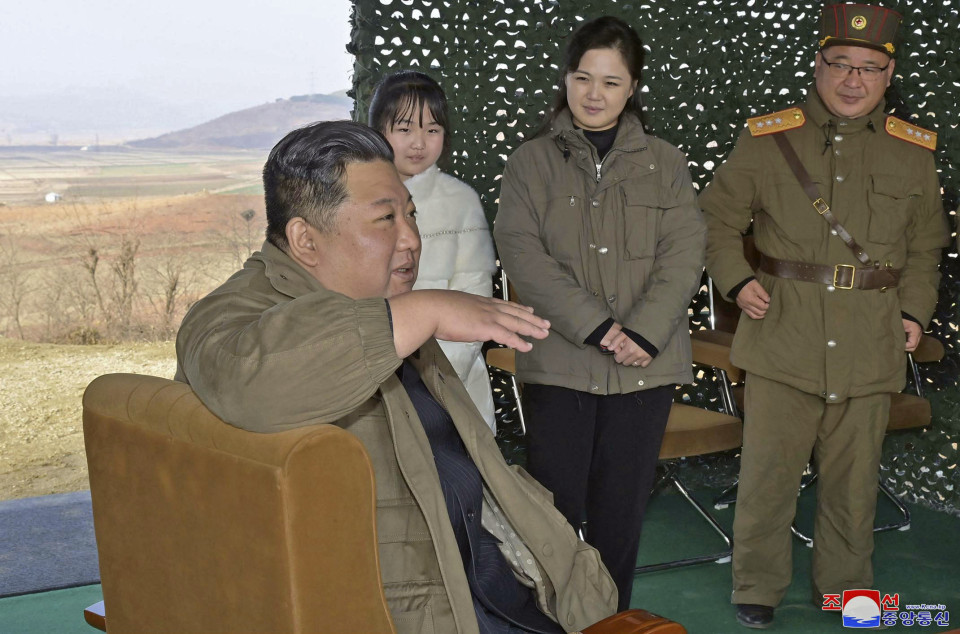 The girl in the photos, meanwhile, appears to be of elementary or middle school age.

Her appearance in state-run media has fueled interest in whether visiting sites related to the test launch of the "Hwasong-17" ICBM is part of Kim's grooming her to eventually succeed him.

According to South Korean government sources, among others, Ri Sol Ju gave birth to her first child in 2010 and her second in around early 2013. She is believed to have had a third in 2017.

The Korean Central News Agency reported Kim observed preparations for the ICBM test launch with his wife and "beloved" daughter. One of the photos released by KCNA showed Kim and a young girl holding hands in front of a missile.