A man ran onto the pitch during Monday's World Cup group-stage match between Portugal and Uruguay, holding up a rainbow flag to protest Qatar's anti-LGBT laws.

The activist, whose blue Superman T-shirt read "Save Ukraine" and "Respect for Iranian woman," was chased by security officers across the field before he was grabbed and led away. 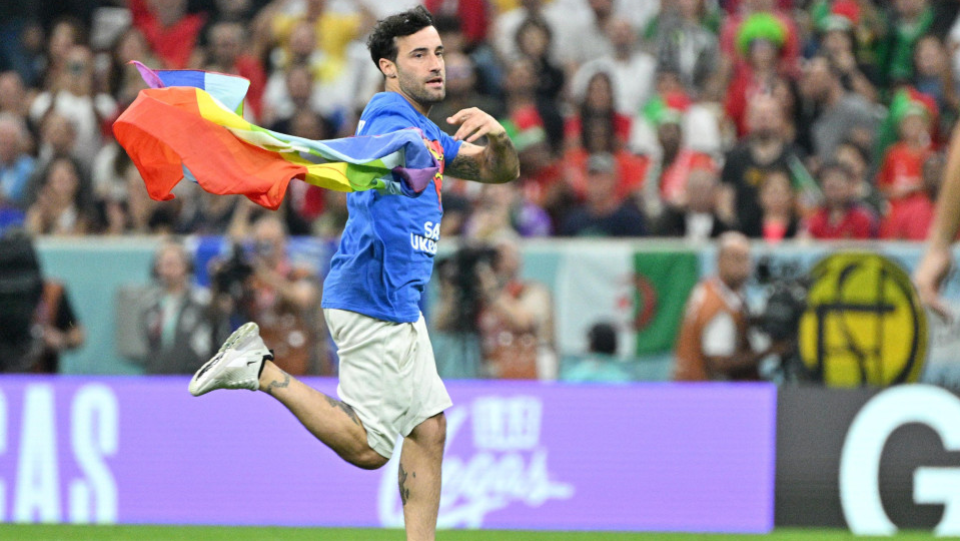 A man invades the pitch during a World Cup group-stage match between Portugal and Uruguay on Nov. 28, 2022, in Lusail, Qatar. (Getty/Kyodo)

According to Britain's Daily Mail, he is Italian and has invaded pitches before, including at the 2014 World Cup in Brazil.