Actors of East and Southeast Asian heritage have long remained in the shadows of British performing arts, competing for stereotypical or often token roles with few opportunities to grab the limelight.

So when "My Neighbour Totoro," a new play produced by the Royal Shakespeare Company based on Hayao Miyazaki's 1988 Japanese animation, came along with an entire cast comprising British East and Southeast Asian actors, it felt like a milestone had been achieved, members of the play's creative team said in an interview.

"It was moving to walk in on Day One and see so many faces like mine...and if that's happened before in this country and in this industry, it's only happened a couple of times," said Ami Okumura Jones, who stars as Satsuki in the play about two sisters who move to rural Japan and befriend Totoro, a magical forest spirit. 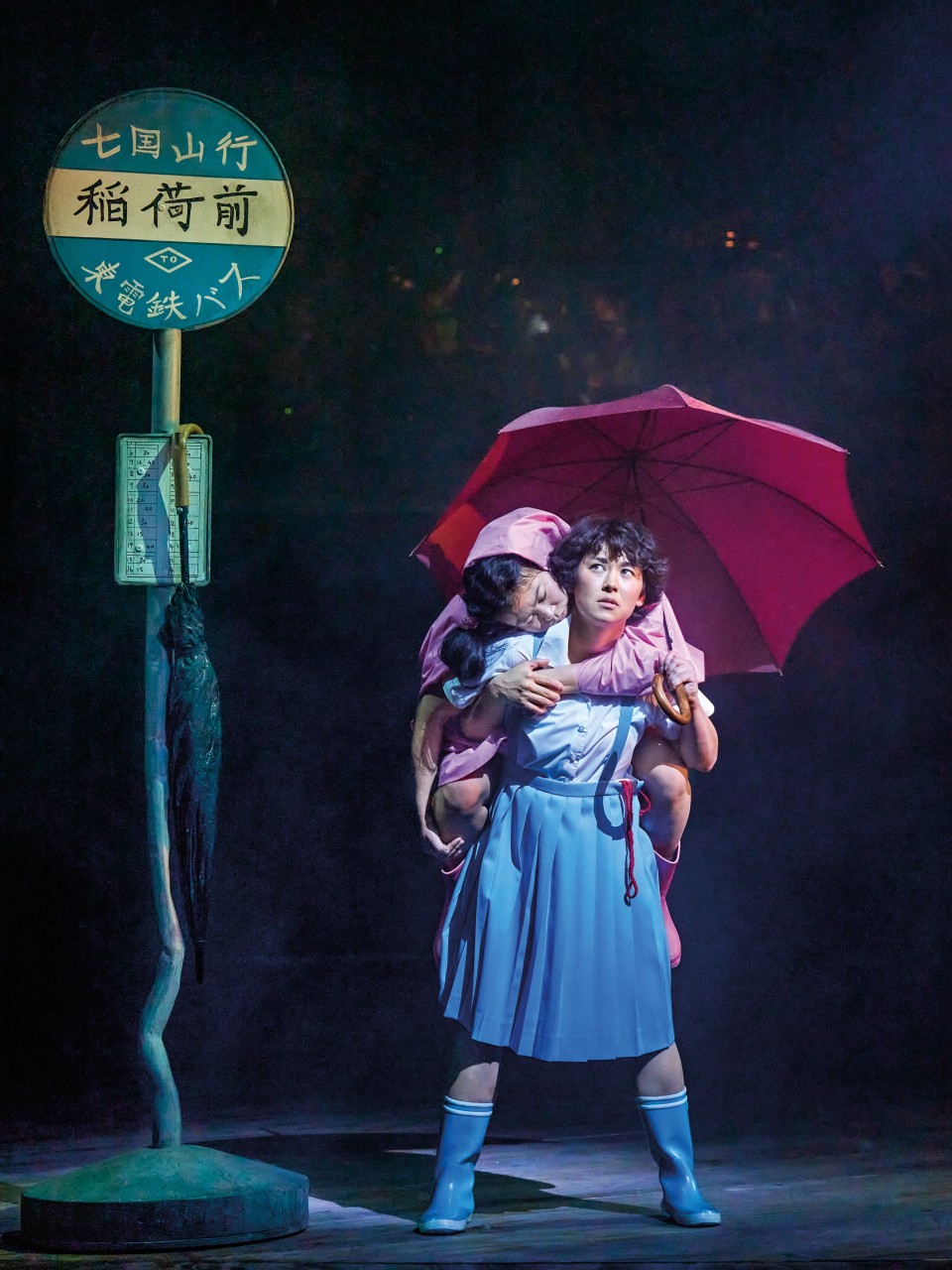 Speaking with Kyodo News, Okumura Jones -- who has one white British and one Japanese parent -- and other collaborators in the RSC's high-profile production said they are optimistic the play will incentivize more East Asian performers to raise their profiles in British theater.

For decades, actors of BESEA heritage have complained about underrepresentation, marginalization and stereotyping, particularly in television.

Okumura Jones and Mei Mac -- who stars as Satsuki's sister, Mei -- said they have been inspired by feedback from the Japanese community, who have expressed delight at how "Japanese" the piece feels. They said it makes them proud of their roots.

Both actors say cast and crew members were able to contribute their own ideas, such as putting Japanese into the script. The play has become an authentic, joyful celebration of Japanese culture, they said.

Mac, who is of Hong Kong Chinese descent, campaigns for the wider inclusion of BESEA creatives in the arts.

In 2021, she co-founded Rising Waves, a mentorship program for rising artists of BESEA heritage. It is designed to provide connections and support from more established actors in the BESEA community.

The program presents a stark contrast with the culture Mac and Okumura Jones say they are accustomed to in their industry, with BESEA actors often having to compete for the same roles, many limited in scope.

Tokenism is also prevalent, she said, saying this is a problem also affecting other ethnic minorities in Britain, such as the black community.

On an upcoming episode of the RSC's Interval Drinks podcast, Mac refers to a "bamboo ceiling" in the arts, in which institutionalized racism prevents BESEA people from having the same opportunities as their white peers.

She says actors from her community are forced into activism, leaving them with less time to focus on their craft and thereby also reducing their opportunities to be cast in big, celebrated roles.

Looking ahead, Mac said she hopes activism will be a choice rather than a need and that they will be able to make art that engenders change in the industry.

"I've seen a massive change in the last five years, and I think 'Totoro' coming at this time is a sign of that...The producers have a global outlook of what they want the RSC to be, and they've been such allies to the BESEA community."

The stage adaptation of the Studio Ghibli classic, which opened to theatergoers on Oct. 18, has been a commercial hit, with tickets sold-out at the Barbican Centre in London through January, breaking box office records.

Ailin Conant, a Japanese-American who is the play's associate director, attributes the success to the cast's work ethic and commitment, saying that because most have lacked the opportunities of their peers, every person involved is giving "150 percent."

"What you often get is 'we couldn't do that show because the actors don't exist and the talent doesn't exist.' But it's such a talented community!" Conant said.

Conant, Mac and Okumura Jones all gave credit to the support they had from within the RSC to make such a level of East Asian representation in the show possible -- something all but unheard of for a British play set in East Asia. 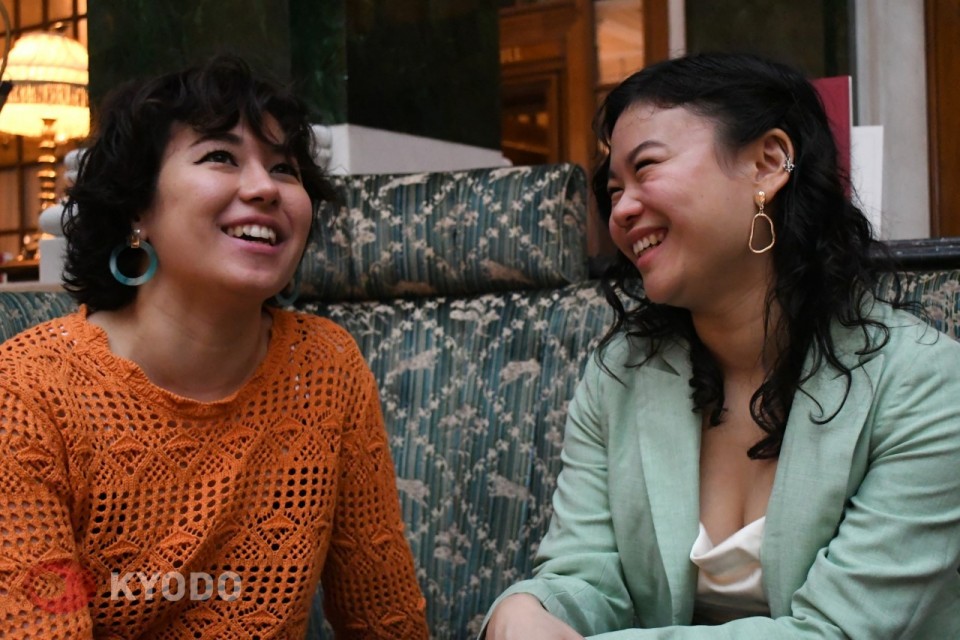 Photo taken on Oct. 28, 2022, shows the stars of the "Totoro" stage adaptation, Ami Okumura Jones (L) and Mei Mac, in conversation at The Ned Hotel in London. (Kyodo)

They also credited playwright Tom Morton-Smith, and director Phelim McDermott, in valuing the ideas and contributions of cast members during the creative process.

The performance also includes puppetry that draws inspiration from "ningyo-joruri," a type of traditional Japanese puppet show. The puppeteers have a visible stage presence.

Both Mac and Okumura Jones think "Totoro" is good for the future of BESEA visibility on the British stage.

"I hope that this is the beginning of shattering the bamboo ceiling. It feels like it actually might be, and I'm proud of it," Mac said.

Added Okumura Jones: "Working with this company is the first time I've felt like I have an Asian community around me, and that is beautiful. Now I want to find ways I can give back."