FEATURE: Iranians in Japan plead for change as unrest shakes their homeland

In the quiet backstreets of Tokyo's Nihombashi district sits a small, unassuming store specializing in Iranian groceries -- the only of its kind in the Japanese capital.

Although named Darvish, the import store is unrelated to the popular half-Iranian, half-Japanese baseball pitcher, and is run by Mohammad Hassan Aghasi, a friendly bearded gentleman many refer to fondly as "Amu Hassan," or Uncle Hassan. 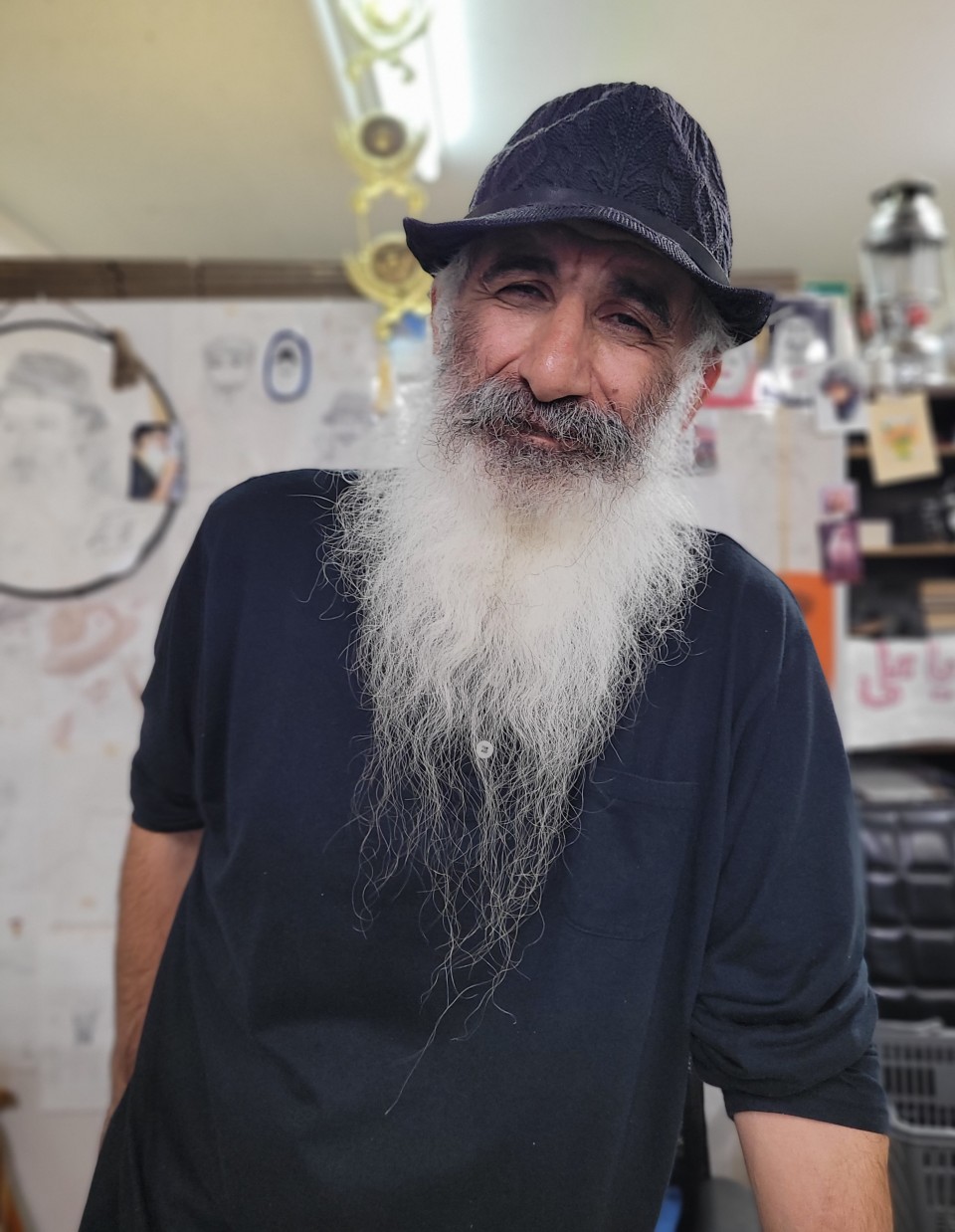 In addition to selling a range of Iranian sweets, halal meats, breads and other staples at Darvish, Hassan is also known to treat customers to cups of Persian chai while reciting poetry or playing with his pet birds.

"I used to be a poet back in Iran," said Hassan, who came to Japan in the early 90s in search of work following the conclusion of the Iran-Iraq War.

Many Iranian men made similar journeys across the world after the war, which raged on for almost eight years until 1988, devastated their home country's economy.

Japan needed labor during the bubble era. A mutual visa exemption agreement between the two countries established in 1974 created the perfect opportunity.

Hassan, who came to Japan at the age of 38 and learned Japanese independently over the years, admits that initially, "it was really tough." But now, there is no place he would rather call home.

Opening Darvish in 2009, Hassan has no intention of returning to Iran permanently but may consider making a trip there if the government changes "while I am still alive."

Anti-government movements have rocked Iran since Mahsa Amini, a 22-year-old Iranian Kurd, died on Sept. 16 after being detained in Tehran by the morality police after being accused of not covering her hair properly.

A supporter of the movements, Hassan has participated in protests in Tokyo, including one recently in Shibuya where he recited poetry. Pictures of Amini are plastered on the front door and a wall inside Darvish.

"Women are like slaves (in Iran)," he said. "If they oppose the government, they are thrown into jail. There is no freedom." 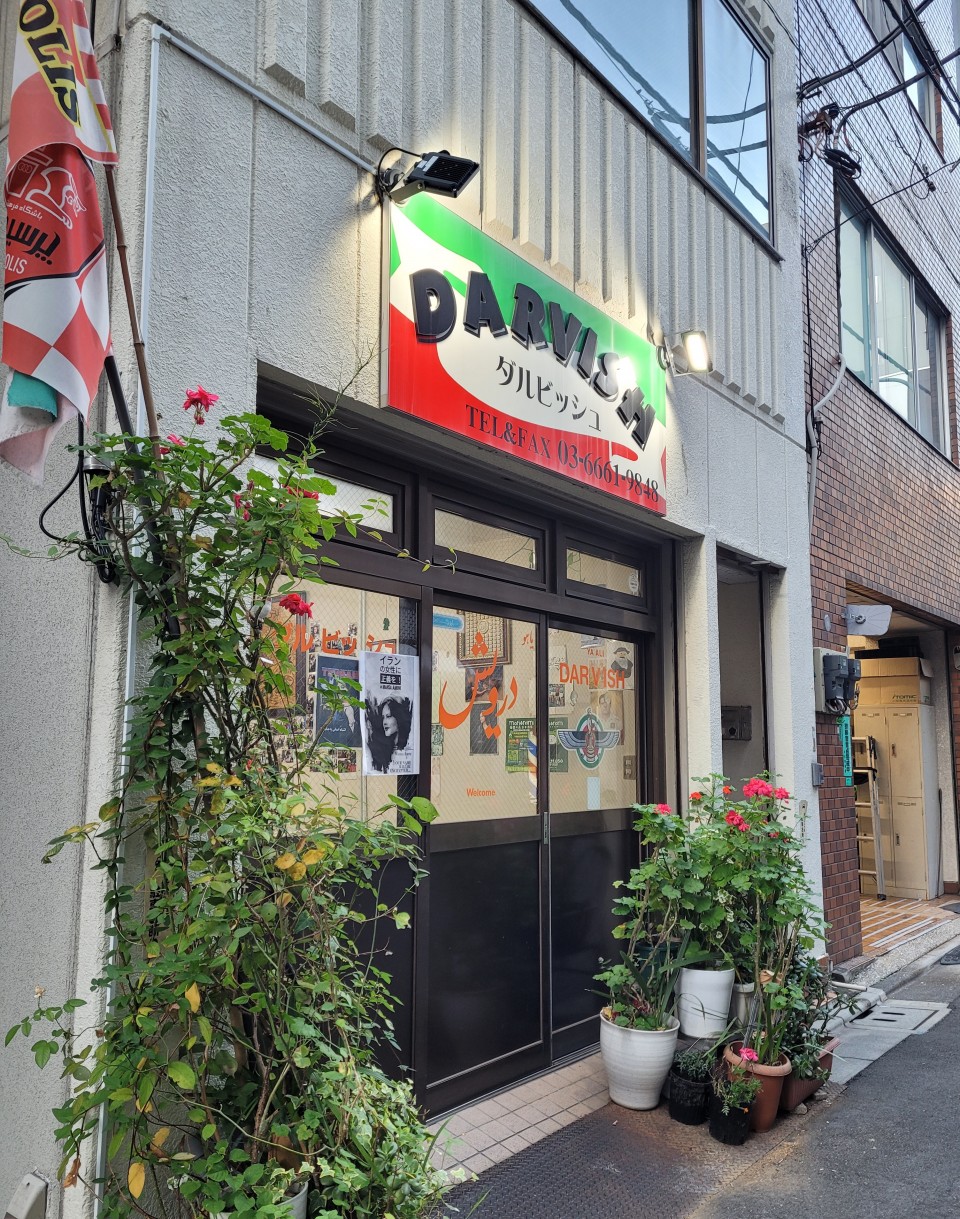 Outside Mohammad Hassan Aghasi's Iranian import store in Tokyo, on Nov. 2, 2022. A picture of Mahsa Amini, who died after being detained in Tehran by the morality police, is posted on the shop's window. (Kyodo)

Kiana, a 20-year-old Iranian student who moved to Japan around six months ago, said she has spent all her life under the current Islamic regime and has had enough of the oppression it entails.

"I was living in Iran, in Tehran, and I know what was going on every day in Iran. And the thing is that Mahsa Amini wasn't the first one, and wasn't even the last one to get killed just because of hijab," said Kiana.

Iranian communities worldwide, including in Japan, have shown solidarity by repeatedly taking to the streets in protests against the current regime's brutality and repression of its citizens.

But despite some Iranians enjoying prominence in Japan, including locally-based model-actress Sahel Rosa and Shirin Nezammafi, an award-winning Iranian novelist who writes in Japanese, the Middle Eastern country remains largely a mystery to most. Superficial media coverage fuels the image that it is a dangerous place.

Kenichi Sugimori, who admits he held the same bias before visiting Iran for the first time during a round-the-world trip in 2015, now "wants to tell people that it's actually not true."

"After going to Iran, I discovered it was very peaceful, rich in art and culture, and the people are very kind and welcoming," said the 33-year-old, who quit his job in 2020 to launch Persian Tag, an online store selling Iranian art-themed goods.

While the current protests sweeping Iran nationwide may not be helping to soften the country's international image, a spotlight has been cast on the resilience and courage of its people.

"When one or two (are) killed, it's enough for all this. When one is killed, it means that (Iran) is not a safe place for living," said Mohsen, a 59-year-old Iranian who was among some 250 protesters gathered in front of the National Diet Building in Tokyo on Oct. 16. 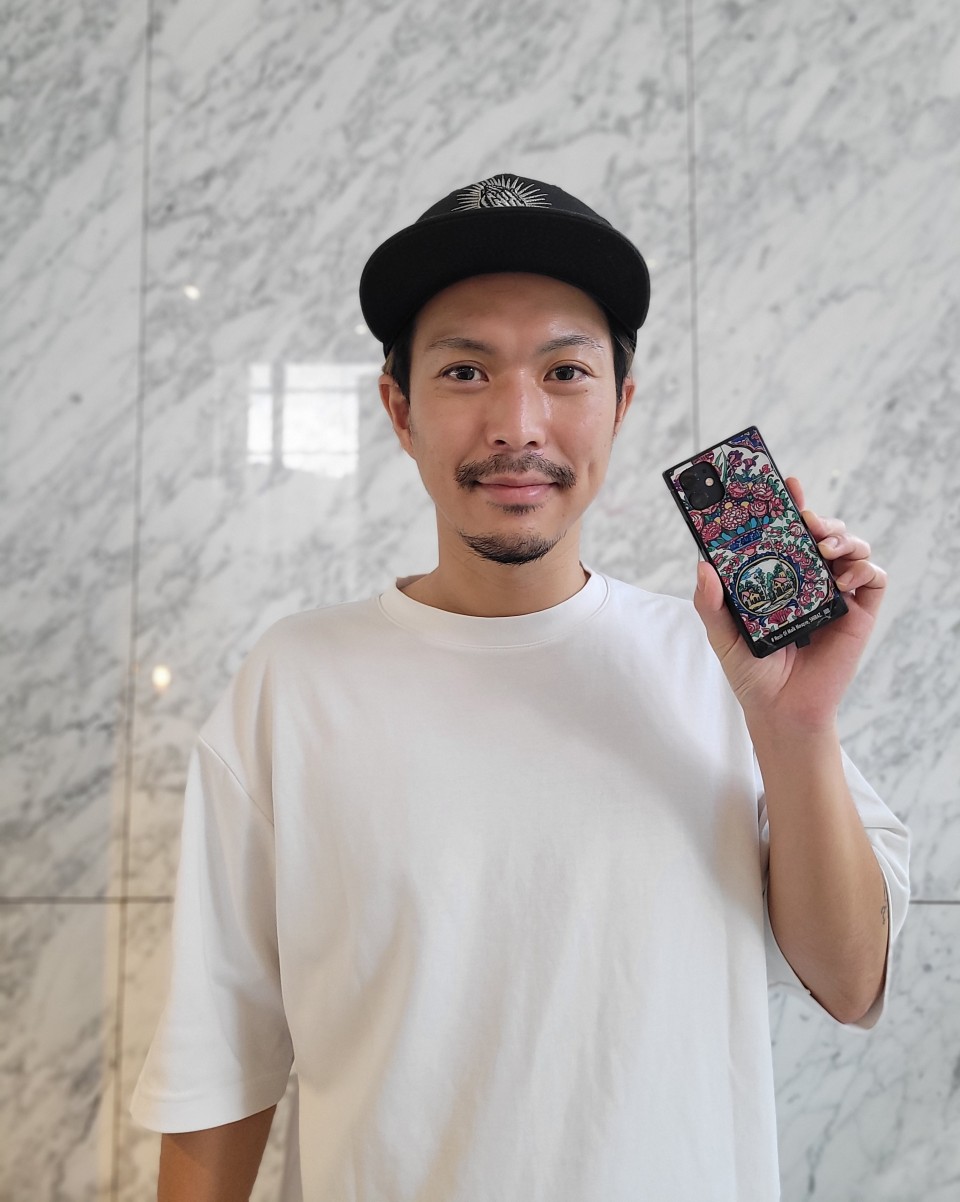 Kenichi Sugimori, owner of Persian Tag, shows off a smartphone case, one of his bestselling items of the online store offering Iranian art-themed goods, on Oct. 17, 2022. (Kyodo)

Born in Tehran, Mohsen also came to Japan to work after the Iran-Iraq War. While most Iranians, unable to find stable employment or secure long-term visas, eventually returned home after the visa waiver agreement ended in 1992, those who did remain now make up most of the Iranian population in Japan.

As of December 2021, around 4,000 Iranians were living in Japan, with men outnumbering women by almost four to one, according to government data. The vast majority, at 65 percent, hold permanent residency.

Mohsen now runs a used car business in Tochigi Prefecture, north of Tokyo. But despite building a life in Japan for the past 30 years, he still feels compelled to do what he can for his homeland.

"We want to change the regime, we need freedom for all people of my country and the regime that is ruling and governing now is not such a regime," he said, adding that he regrets having supported the 1979 revolution that brought it into power.

Still others like Kiana, who has participated in all the protests in Tokyo, remain confident that positive change is on the horizon.

"I see my friends, my generation, they are so hopeful. They are trying, they are fighting for what they want," she said.

Hassan agrees, saying that a regime that kills people will not last long. "It will definitely change," he said. "We don't want the government we have right now."

In the meantime, Sugimori, having visited Iran around eight times, is determined to foster a more accurate view of the country. Along with running Persian Tag, he has also started collaborating with travel agencies to organize Japanese-friendly tours to Iran.

"What I want to tell people the most is politics and a country are not the same thing, and to go to Iran to see and experience it for themselves," Sugimori said.