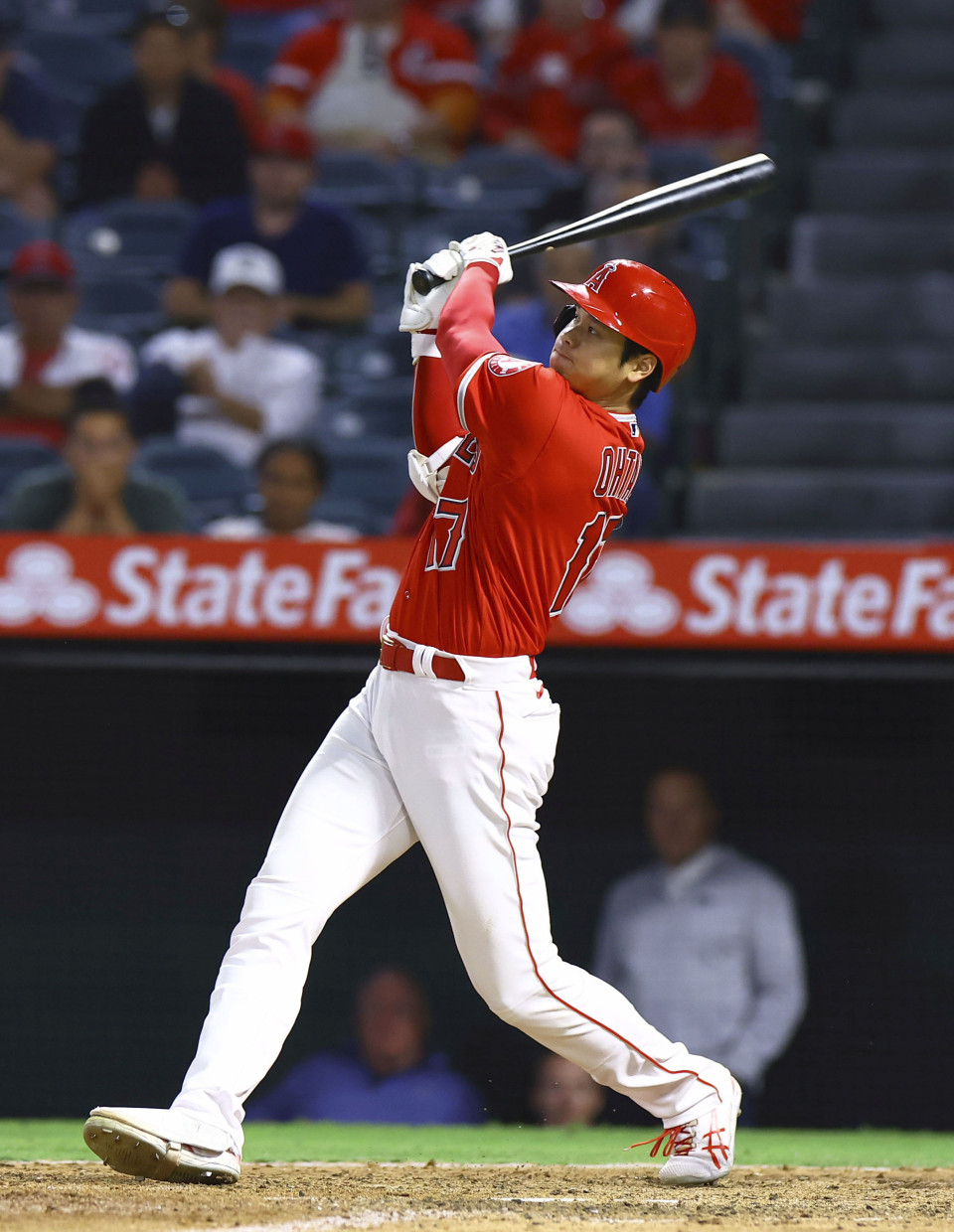 File photo shows Shohei Ohtani of the Los Angeles Angels hitting a game-tying three-run home run in the ninth inning against the Kansas City Royals on June 21, 2022, at Angel Stadium in Anaheim, California, his second homer of the night and 15th of the season. (Kyodo)

American League MVP Aaron Judge, who hit an AL-record 62 home runs, played predominantly in the outfield, and his 87 at-bats as a DH fell short of the 100 required to be nominated for the Edgar Martinez award.

He also became the first player in the World Series era since 1903 with enough plate appearances and innings pitched to qualify for both the batting and ERA titles in the same season.

On the mound, Ohtani won a career-high 15 games while placing third in the AL with 219 strikeouts and fourth with a 2.33 ERA.

Unlike last year, an MLB rule change ahead of the season allowed Ohtani to remain in the game as DH after coming out as a pitcher.