Mihara won the free skate to finish with 204.14 points for a come-from-behind victory after taking second in Friday's short program in an impressive turnaround for a skater who failed to qualify for this year's Olympics. 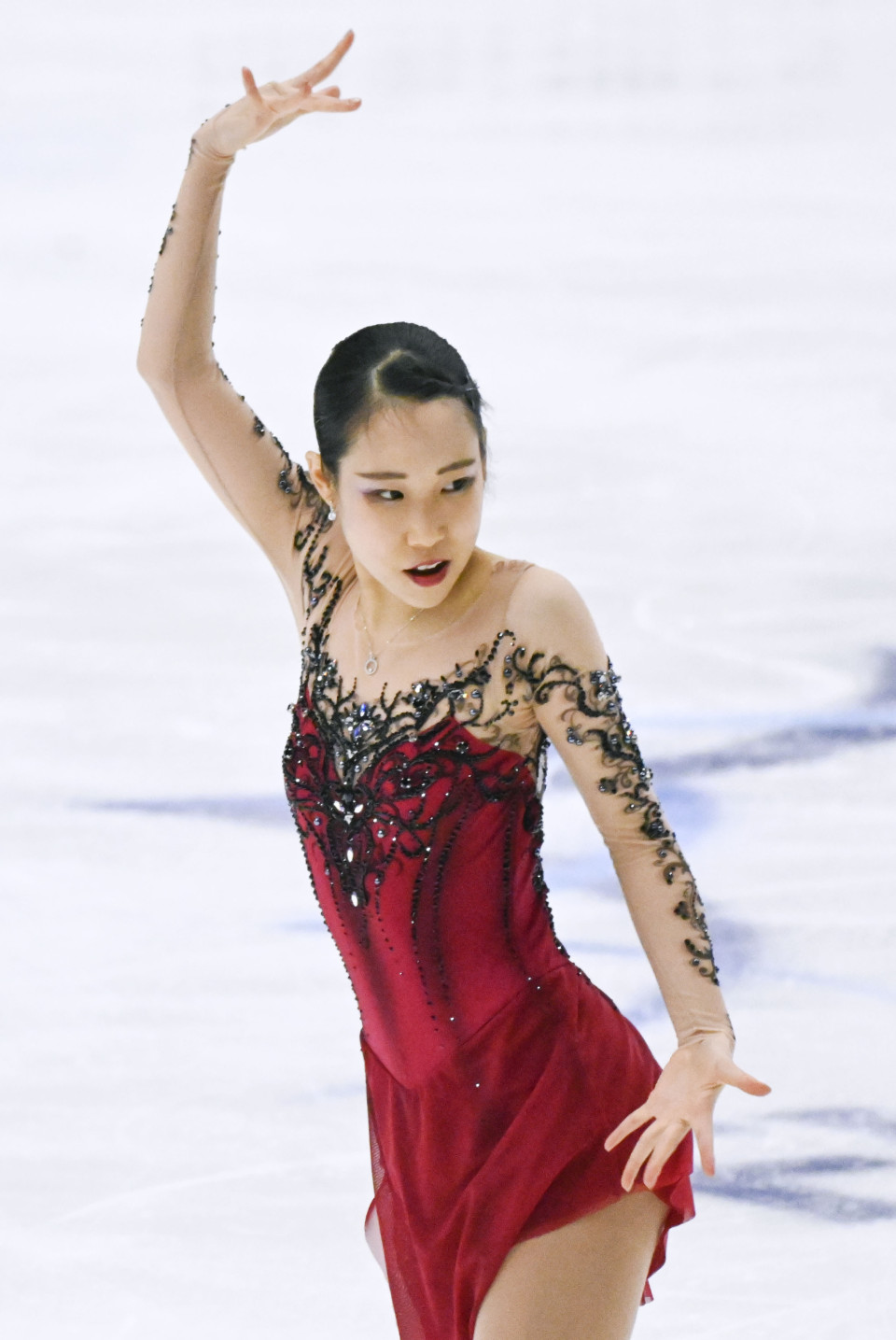 In the sixth and final stop on this season's Grand Prix circuit, teenage compatriot Shun Sato was second in the men's competition and also qualified for his first Grand Prix Final, starting Dec. 8 in Turin, Italy.

The 23-year-old Mihara entered the free skate after a less-than-satisfactory official practice. But other than one under-rotated double flip, Mihara executed her program to take the title by a slim margin over Belgium's Loena Hendrickx.

Mihara, who has struggled with injuries and physical issues for much of her career, was excited about the chance to shine at the Final.

"It's a competition I've long wanted to reach, and I'm glad to have qualified," she said. "I have a lot of regrets but I want to go and deliver a more powerful performance."

Hendrickx, the silver medalist at this year's worlds, was second with 203.91 after a few costly mistakes in her free skate. Japan's Mana Kawabe was third with 197.41 with Rika Kihira fourth.

American teenager Ilia Malinin, stepped out of his famous quad axel a quarter turn early, but still had plenty to win his second straight Grand Prix event with 278.39 points after a second in the short program.

Fellow 18-year-old Sato, who was third on Friday, moved up to take the silver medal with 262.21 after a lackluster free skate from short program winner, Kevin Aymoz of France, who finished third.