Japanese coach Katsuhito Kinoshi will be on the Serbia bench alongside manager Dragan Stojkovic when they take on World Cup favorites Brazil in their Group G opener Thursday in Qatar.

The 58-year-old Kinoshi has been Stojkovic's right-hand man for more than a decade and is trusted by the star of Yugoslavia's 1990 World Cup side to draw up training plans and give tactical instructions to the Serbia squad. 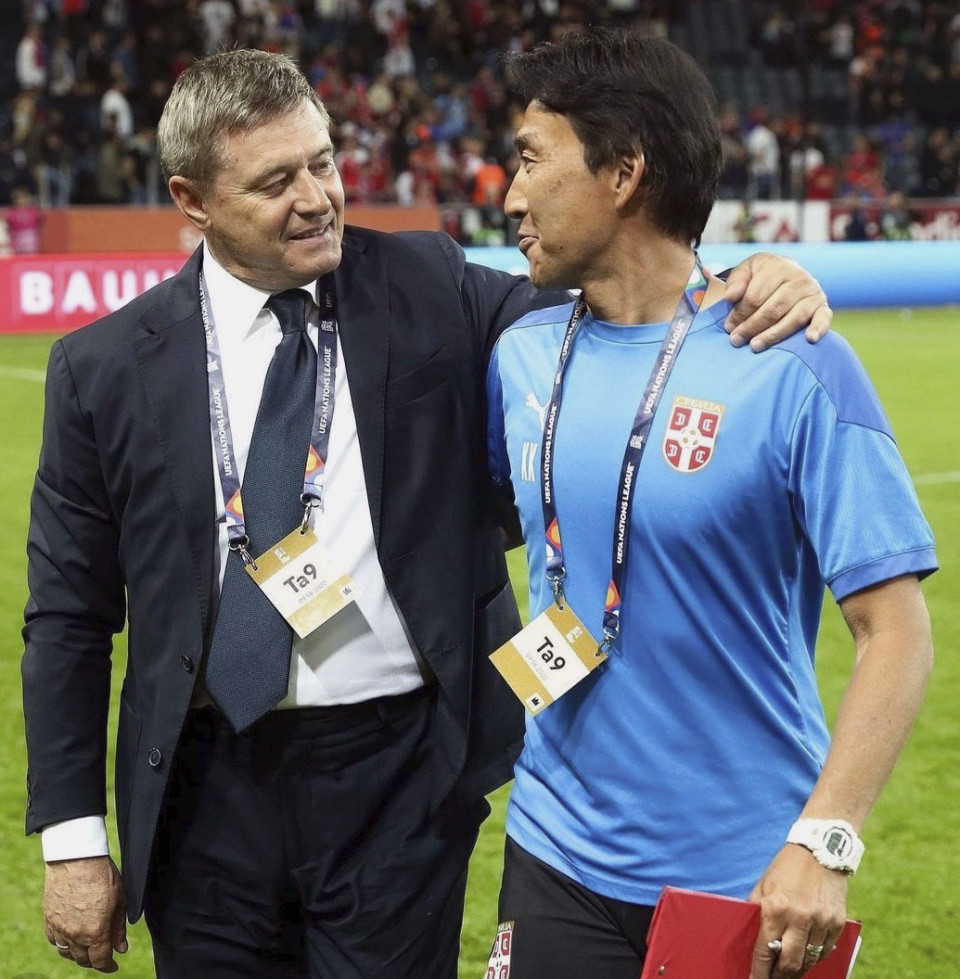 Serbia's Japanese coach Katsuhito Kinoshi (R) and manager Dragan Stojkovic are pictured after a football match against Norway in Oslo in September 2022. (Photo courtesy of the Football Association of Serbia)(Kyodo)

"We've done what we had to," said a confident Kinoshi, who won a J-League first-division title in 2010, coaching a Nagoya Grampus side managed by Stojkovic, a former star of the club.

The pair also worked together at Chinese club Guangzhou City before Kinoshi agreed to reunite with Stojkovic in Serbia in March 2021. But he admits there initially were some skeptical eyes cast at a Japanese coach who came on his own.

The results soon dispelled any doubts, as Kinoshi helped Serbia to two wins and a draw in their first three European qualifiers en route to holding off Cristiano Ronaldo-led Portugal for top spot in Group A.

"I've built my coaching schemes around having a common understanding among players, so they can support and bring the best out of a teammate," said Kinoshi.

After leaving his position as a high school teacher to become a football coach in 1997 at the club now known as Shonan Bellmare, his unique career now sees him being approached by a Serbian top-flight side for a future managerial role.

"I want to leave proper marks and eventually contribute to Japanese football," Kinoshi, who has been personally coaching 55-year-old Kazuyoshi Miura since 2004, said of his future.

While Yugoslavia finished fourth at the 1930 and 1962 tournaments, Serbia have yet to reach the knockout phase since the breakup of the Balkan nation.