A river otter at a Tokyo aquarium received fervent online praise by Japanese fans for predicting a shock victory by Japan against four-time champion Germany at their opening match of the World Cup on Wednesday in Qatar. 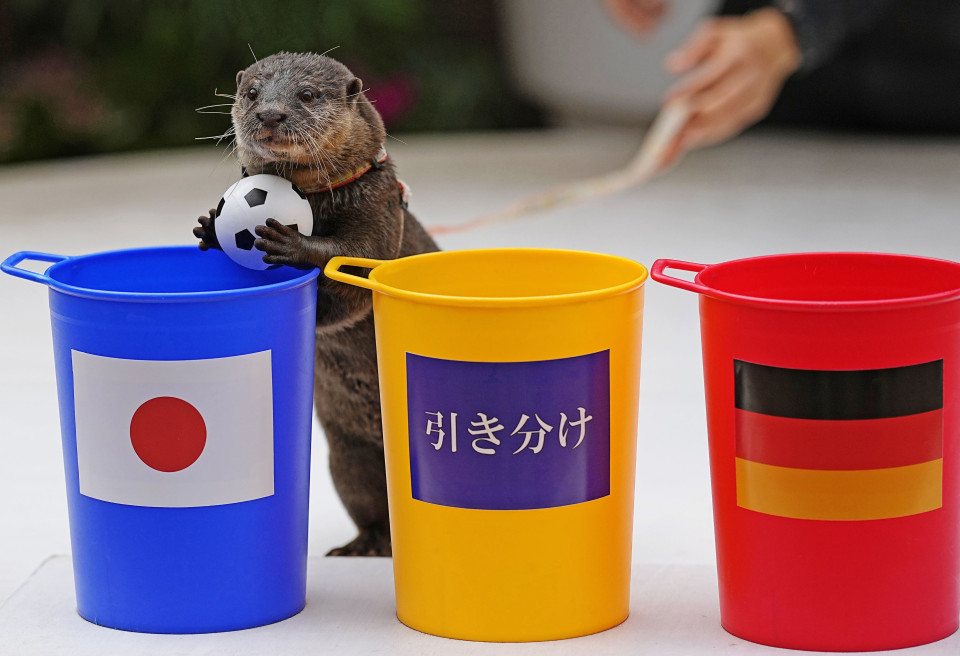 Taiyo, a river otter from the Maxell Aqua Park Shinagawa in Tokyo, predicts Japan's win against Germany at their World Cup match by putting a miniature soccer ball inside a blue bucket with the Japanese flag, snubbing the red one with a German flag and yellow one labeled "draw," on Nov. 22, 2022. (Kyodo)

Taiyo, an 8-year-old male at the Maxell Aqua Park Shinagawa, had expressed his choice for the Samurai Blue the day before by putting a miniature soccer ball in the blue bucket with the Japanese flag, snubbing a red one with the German flag and a yellow one that was labeled "draw."

Elated by Japan's 2-1 victory, Japanese soccer fans gushed over the otter online, calling him "amazing" and "extremely competent." Others hoped that he would make a prediction for the next group-stage match against Costa Rica on Sunday.