Under the stricter regulations the police adopted in late October, riders are more likely to be issued traffic tickets instead of warnings if caught ignoring traffic lights, failing to make temporary stops at specified points, riding against traffic or cycling fast on sidewalks. 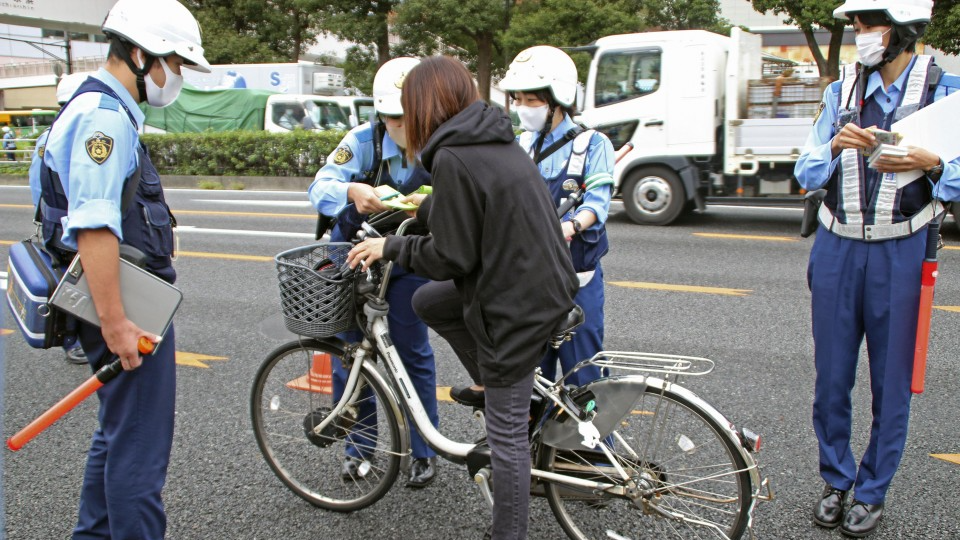 Incidents involving bicycles have come to represent more of the capital's traffic accidents in recent years, with police data showing they accounted for 46.6 percent of accidents this year as of the end of September.

In 2021, police nationwide reported 21,906 cases of illegal cycling and 359 bicycle accident deaths. In over 75 percent of the cases involving fatalities, rules were broken, including ignoring traffic lights.

The increase comes amid a general rise in bicycle usage, fueled partly by the ballooning food delivery industry and lifestyle changes prompted by the coronavirus pandemic.

A Tokyo metropolitan government survey released in April found 22.3 percent of Tokyoites reported cycling more since the pandemic began, including about 30 percent of those in their 20s and 30s.

Even Japanese lawmakers are not immune to its effects, with an increasing number cycling to avoid the traffic around Nagatacho, the seat of the nation's politics.

"When I lost the black ministerial car, that's when I bought my black bicycle," laughed Takashi Yamashita, a ruling Liberal Democratic Party lawmaker who served as justice minister from 2018 to 2019.

But the bustle of bicycles has also proven a concern, with a Japan Bicycle Promotion Institute survey showing 71.8 percent of pedestrians and 88.1 percent of motorists have felt annoyed or in danger due to cyclists.

Under the crackdown designed to reduce the most dangerous violations, an individual issued two citations within three years must attend a three-hour, police-run course on appropriate cycling and pay 6,000 yen ($40) for the tuition, with failure to do so incurring a fine of up to 50,000 yen.

Violators can also be subject to criminal punishment, although the actual prosecution rate from a ticket is only around 1 to 2 percent.

Ahead of the police gearing up for the tougher measures, officers were outside Tokyo's Shinagawa Station on a mid-October morning to show the press how they will keep a watchful eye on cyclists.

Individuals spotted bypassing traffic lights or riding with earphones in were stopped and given warning cards. 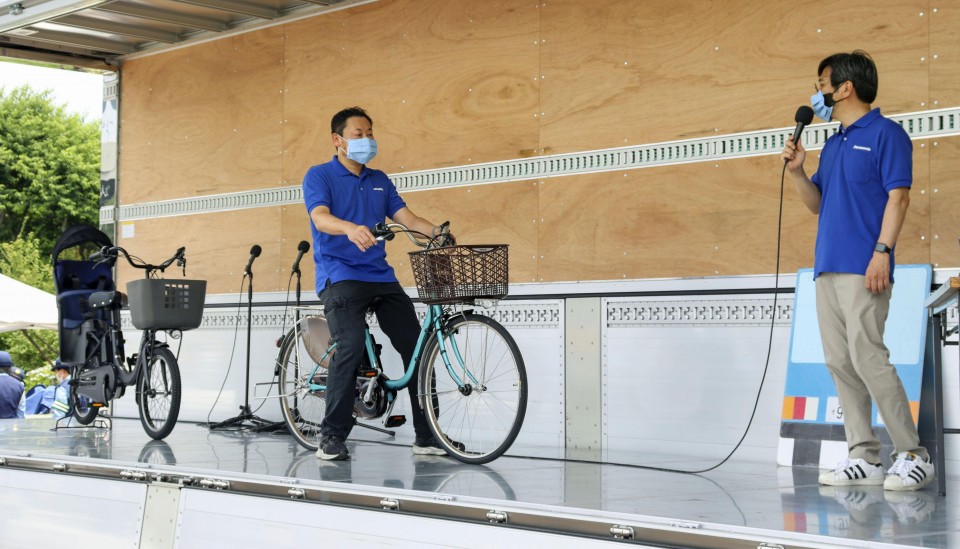 Other measures already taken this year have included an initiative by the National Police Agency in May that compiled 1,887 problematic areas and roads for each prefectural police force to crack down on for at least one day a month.

Their uptake, though, has come with new dangers, particularly for young families.

In Osaka Prefecture alone, between January and the end of June, 48 preschool-aged children were caught up in bike accidents, with 28 of them passengers on power-assisted bikes, local police said.

In April in Higashiosaka, a mother riding one of the bikes with seating for her two children crashed, causing her 3-year-old son, who was sitting in the front seat, to be ejected onto the road, where he was struck and killed by a truck.

Private-sector firms are stepping in to respond to the string of high-profile accidents. One of them is Panasonic Cycle Technology Co., a major Osaka Prefecture-based bicycle maker that has started holding seminars on the proper operation of its power-assisted bikes with small children on board, including measures such as securely fastening seat belts.

"It might have seemed obvious to us, but I saw with my own eyes what kind of things aren't being conveyed," said Hiroshi Kurihara, a division chief at Panasonic Cycle Technology who organized the seminars.

The company will expand the sessions to the Tokyo metropolitan area in the autumn and onward, Kurihara said.