Japan manager Hajime Moriyasu defended his decision to shake up his starting lineup for Sunday's World Cup clash with Costa Rica, saying he had no regrets despite the disappointment of the 1-0 loss.

"The result was a shame but it does not mean what we have done was wrong," Moriyasu said in the wake of Japan's lifeless performance at the Ahmad Bin Ali Stadium in Al Rayyan.

The post-game mood in the Japan camp was in stark contrast to the jubilation that followed Wednesday's thrilling 2-1 comeback victory over four-time champions Germany.

"For the Germany game and today, we had high intensity...and for the next match against Spain it will be (the same). So we just need to increase the odds for Japan and that is how I decided the tactics." 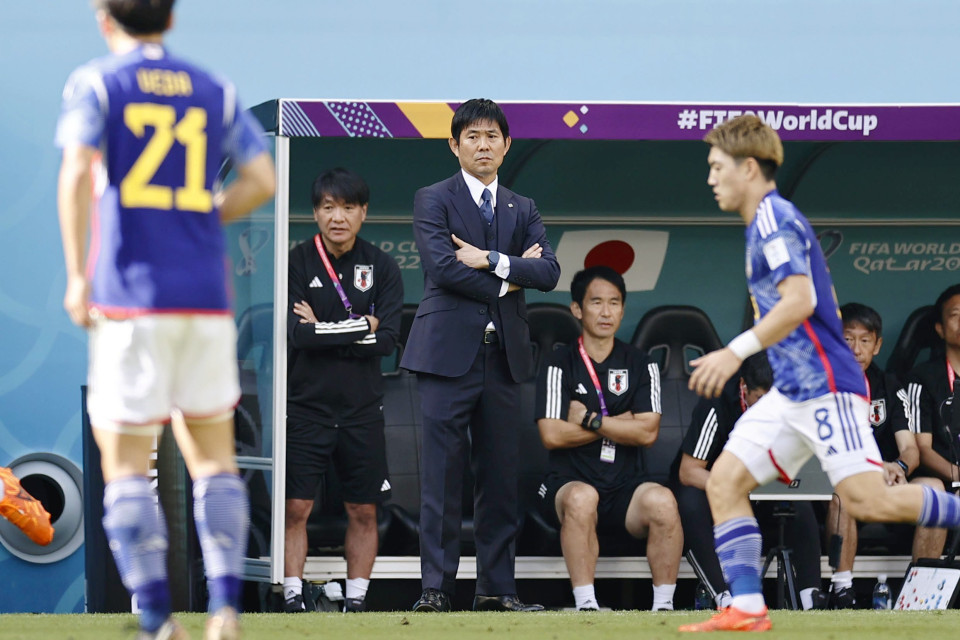 Japan manager Hajime Moriyasu (C) watches from the dugout during the first half of a World Cup Group E football match against Costa Rica at Ahmad Bin Ali Stadium in Al Rayyan, Qatar, on Nov. 27, 2022. (Kyodo)

With a golden chance to secure a second Group E win against an opponent that shipped seven goals to Spain just days ago, Moriyasu made five changes to the side that started opposite Germany.

He brought in Ritsu Doan, who scored against Germany, along with Miki Yamane, Hidemasa Morita, Ayase Ueda and Yuki Soma.

The Yamane change was forced by defender Hiroki Sakai's hamstring injury, but the other inclusions were aimed at bolstering the midfield and an attack that ultimately proved toothless.

Soma worked hard and created a few chances while also taking some dead-ball responsibilities, but Doan, Morita and particularly Ueda were unable to create any attacking cohesion.

"In the first half...we couldn't really make opportunities and chances, however, we were contesting and trying to pass forward," Moriyasu said.

The 54-year-old manager said his players moved the ball as planned, implemented his changes and played "OK," adding "I don't think (the process) was a total mistake from us." 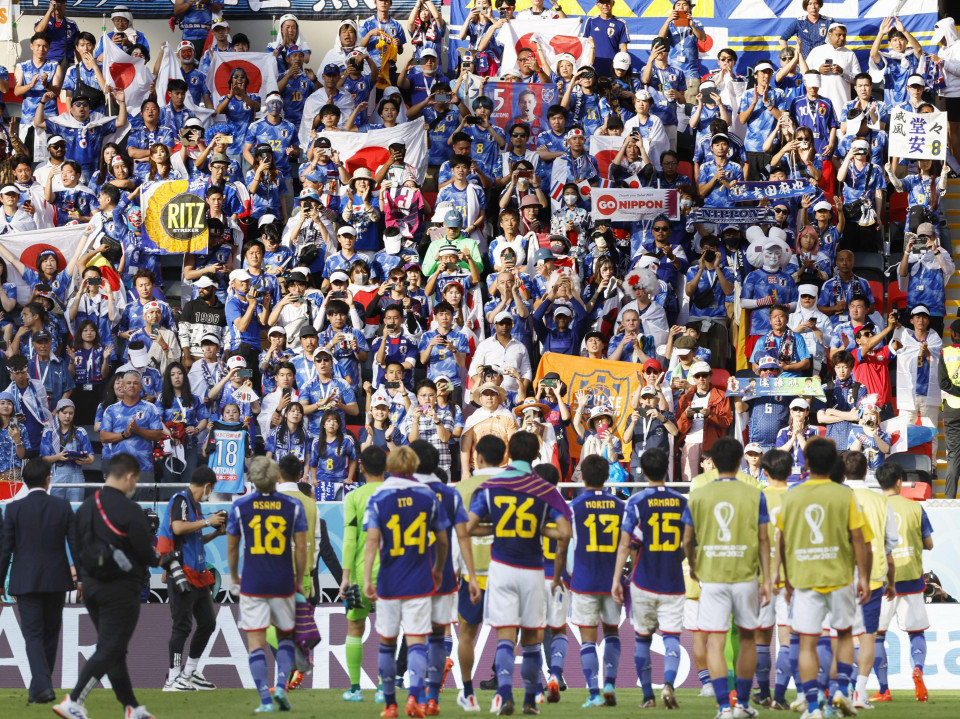 Moriyasu praised the Costa Rican defense as tough and well-shaped after their manager Luis Fernando Suarez went to a back five rather than the four that was embarrassed by Spain.

Japan managed 14 shots, but only three on target and all in the second half.

Much like in the first game against Germany, Moriyasu went to his bench in hopes of breaking the contest open. The second-half insertions of Takuma Asano and Kaoru Mitoma did inject some life, but neither proved a game changer.

Japan must now regroup ahead of their game against Spain on Thursday. Should the 2010 champions beat Germany later Sunday to virtually qualify for the round of 16, Moriyasu's men may be lucky enough to face a second-string side.

"Well, we beat Germany, but that does not mean we can beat Spain," Moriyasu admitted. "We have a lot of respect for them."

"Of course, the Spain game will be tough, but I believe there is a good chance to win. So we will prepare with confidence."

Despite defending his decisions throughout the press conference, Moriyasu said against Spain there will be a "different game plan, we need different tactics."

"We are going for the win. That is what we need to think about," he said.