Japanese Prime Minister Fumio Kishida expressed his opposition Saturday to attempts to unilaterally change status quo by force in the Indo-Pacific, especially in East Asia, saying such a practice seen in the Ukrainian war "shakes the basis of international order."

His remarks in a press conference following the two-day Asia-Pacific Economic Cooperation forum summit in Bangkok were made amid China's increased military pressure on Taiwan.

The premier urged relevant countries to cooperate and firmly respond to Russia's aggression against Ukraine, while vowing to boost the deterrence of the Japan-U.S. security alliance. 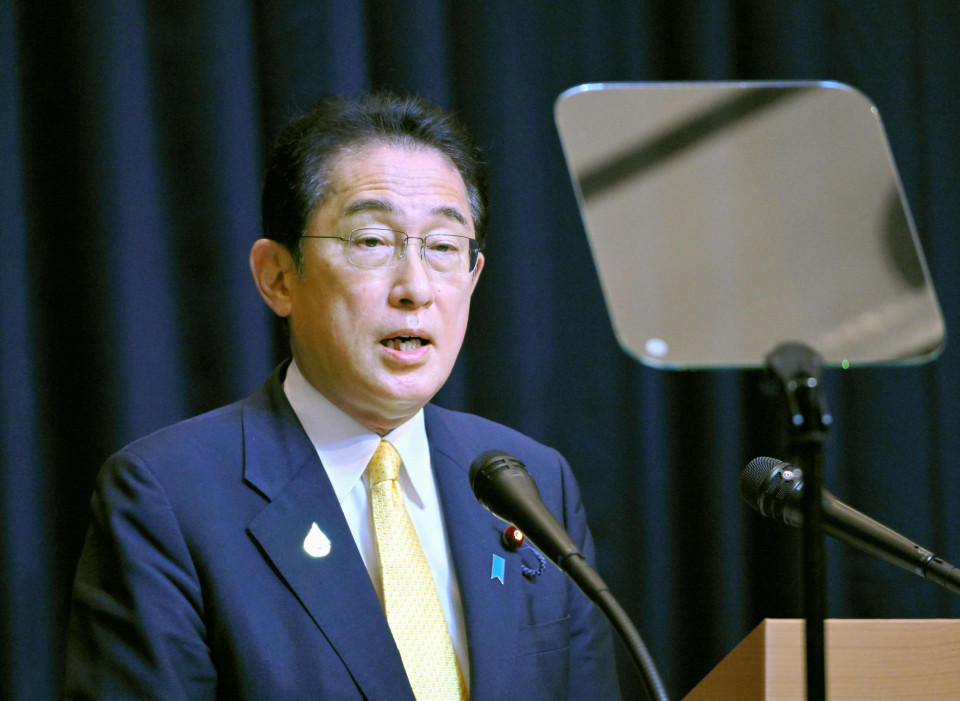 Kishida also said Japan will strengthen ties with "Global South," or developing countries in such areas as Africa and Latin America, to stop "a growing rift" in the international community caused by the Ukrainian crisis.

The Japanese leader, who held a series of bilateral summit talks during his weeklong trip to Southeast Asia, said he had "constructive" dialogue with Chinese President Xi Jinping and South Korean President Yoon Suk Yeol.

Next year, Japan will host events commemorating the 10th anniversary of the registration of its "washoku" traditional cuisine as UNESCO's Intangible Cultural Heritage, he said.