The missile, which flew for some 69 minutes, could potentially travel over 15,000 kilometers and reach the U.S. mainland if fired on a normal trajectory, Japanese Defense Minister Yasukazu Hamada told reporters.

South Korea's military said the projectile launched from Pyongyang's Sunan area was an intercontinental ballistic missile and flew at a maximum speed of Mach 22, or 22 times the speed of sound.

It flew around 1,000 km on a lofted trajectory and reached an altitude of up to 6,000 km, Chief Cabinet Secretary Hirokazu Matsuno said in Tokyo, adding the government did not issue an order to destroy it.

"North Korea is repeating provocations at an unprecedented pace, and they are totally unacceptable," Kishida told reporters in Thailand's capital Bangkok, where he took part in the annual summit of the Asia-Pacific Economic Cooperation forum.

Kishida added there were no reports of damage to aircraft or vessels. 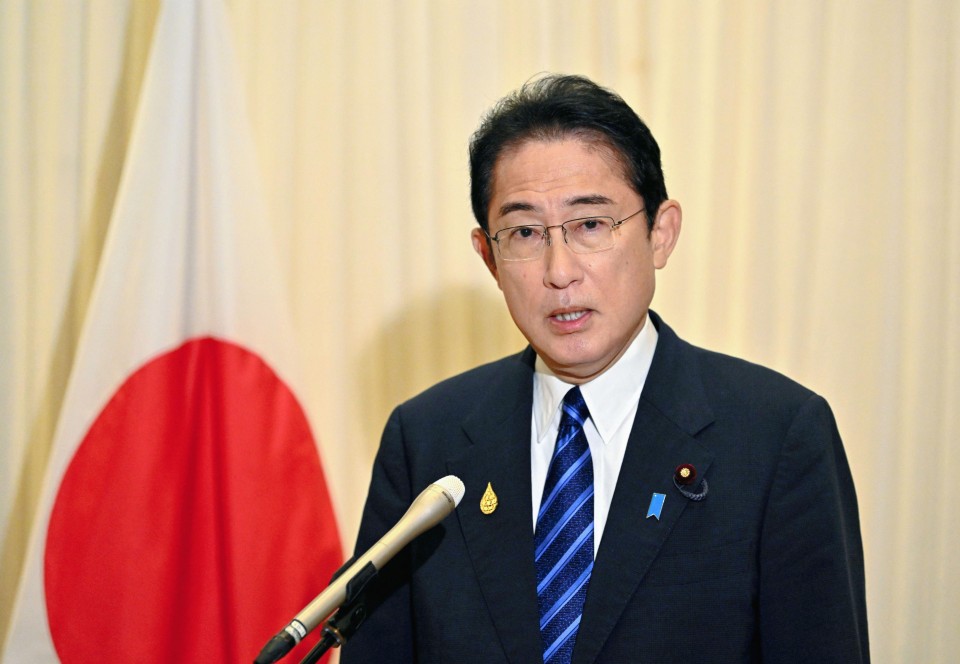 The missile, fired at around 10:14 a.m., fell into the Sea of Japan some 200 km west of Oshima-Oshima, a tiny island off the coast of Hokkaido in northern Japan, according to Matsuno.

Following the latest missile test, Japan and South Korea said they each held separate air force drills with the United States in a show of their readiness to respond to any threat or provocations from North Korea, including an ICBM launch.

The Japanese Defense Ministry also released a photo of what looks like a white contrail in the sky that it believes was left by the missile. The photo was taken around the point where it landed, it said.

The test followed the firing of a short-range ballistic missile toward the Sea of Japan on Thursday, when North Korean Foreign Minister Choe Son Hui warned in a statement that the keener the United States is on the "bolstered offer of extended deterrence" to its allies the fiercer Pyongyang's "military counteraction will be, in direct proportion to it."

As North Korea continues with its barrage of missile tests at an unprecedented pace this year, the United States, Japan and South Korea held a trilateral summit on Sunday in Phnom Penh. 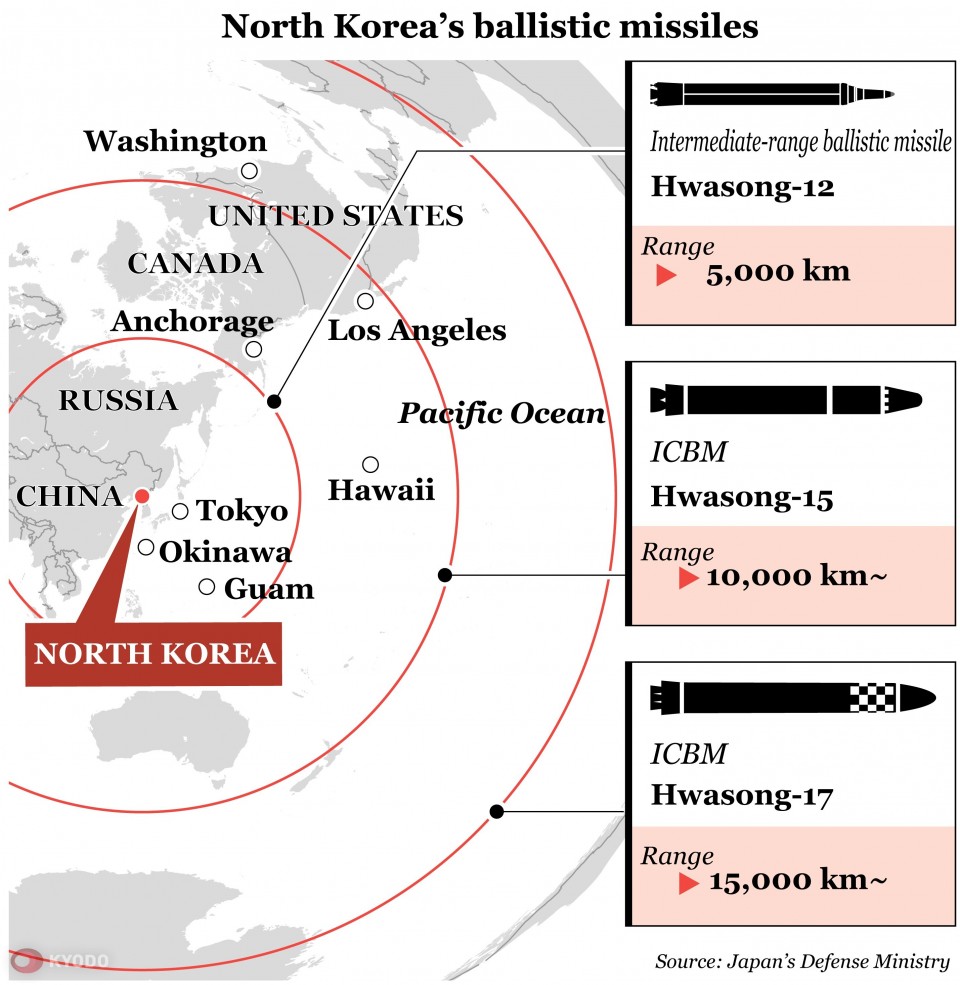 U.S. President Joe Biden reiterated during the three-way meeting that the U.S. commitment to defend Japan and South Korea is "ironclad."

North Korea last launched an ICBM on Nov. 3, which South Korea's military suspects was a new Hwasong-17. It flew around 750 km at a maximum altitude of some 2,000 km but seemed to have failed after the second-stage separation.

On March 24, it also fired an ICBM into Japan's EEZ, about 150 km west of the Oshima Peninsula on Hokkaido. That missile flew for a record 71 minutes and traveled 1,100 km at altitudes of up to around 6,200 km.

Following Friday's missile test, the White House said that the United States calls on all countries to condemn North Korea's launches, which violate multiple U.N. Security Council resolutions, and urged Pyongyang to end its "destabilizing actions" and then engage in "serious negotiations."

U.N. Secretary General Antonio Guterres "strongly condemns the launch of yet another ballistic missile of intercontinental range" by North Korea, according to a statement released Friday.

Guterres urged Pyongyang "to resume dialogue leading to sustainable peace and the complete and verifiable denuclearization of the Korean Peninsula."

The South Korean government warned that North Korea will only face tougher sanctions from the international community if it continues with provocations. 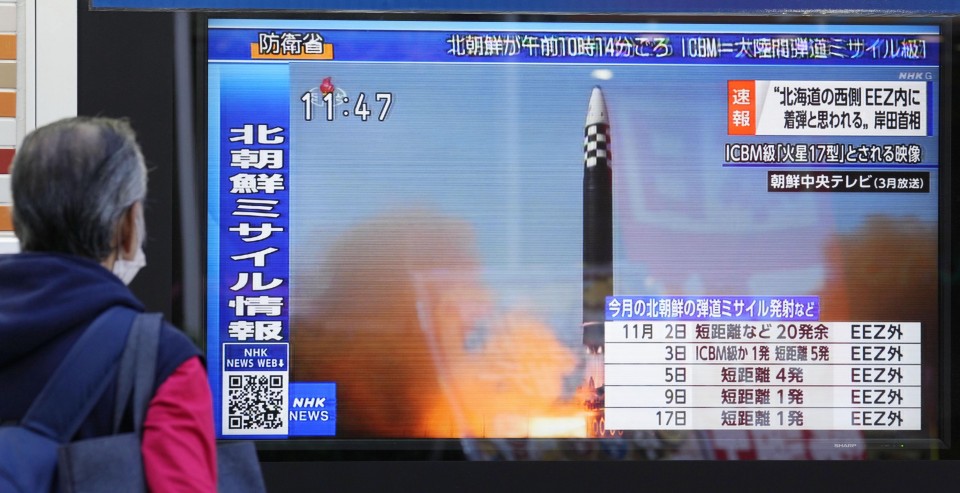 A roadside screen in Tokyo on Nov. 18, 2022, shows a news report of North Korea's launch of a ballistic missile. (Kyodo)