A medical association in the central Japan prefecture of Aichi is launching a probe into the death of a 42-year-old woman after she was given a shot of a COVID-19 vaccine tailored for the BA.5 Omicron subvariant.

The group suspects her death may have been a result of an anaphylactic reaction to the vaccine, with her family alleging that medical staff failed to provide proper treatment despite her showing symptoms of an allergic response. 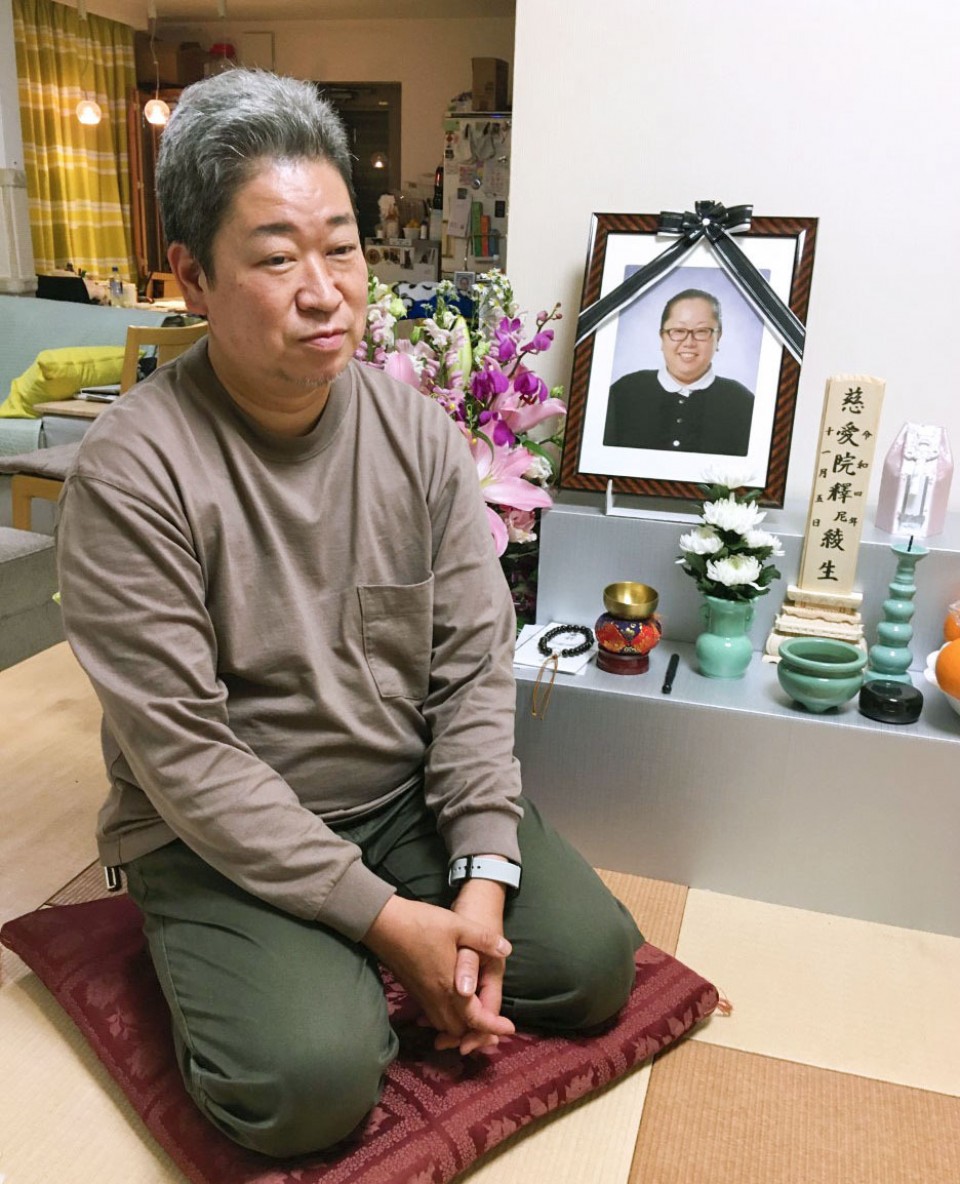 Eiji Iioka is pictured during an interview in Aisai, Aichi Prefecture, central Japan, on Nov. 11, 2022. (Kyodo)

Ayano Iioka received the shot at a mass vaccination site in Aisai, Aichi Prefecture, on Nov. 5. Within minutes, her condition changed for the worse, prompting one doctor and four nurses on the scene to attend to her, according to the city.

At first, she was conscious and complaining of difficulty breathing. The doctor tried to give her a shot of epinephrine but gave up after failing to find a vein, the city said. No more anaphylactic treatment was administered as her vomit contained blood, leading the doctor to suspect there were abnormalities in her lungs, it added.

Iioka died at a hospital about 90 minutes later. Given she had preexisting conditions, the city says it is unclear whether her death can be attributed to the vaccine.

The Aichi Medical Association said Friday it will investigate the medical staff's response after Iioka's death was reported to it as a case of medical malpractice.

"Explanations from the city aren't convincing," Iioka's husband Eiji Iioka said Friday. "I call on the city to get to the bottom of it and take steps to prevent similar cases from happening."

In a notice dated Thursday, the prefectural government instructed municipalities across Aichi to re-examine their readiness to provide emergency care at vaccination sites.