The brother of a French woman who went missing in 2018 from Nikko, a popular tourist destination north of Tokyo, is back in Japan for the first time in about three years and desperately searching for any clues about her.

"It has been hard seeing time pass without knowing whether she is alive," said Damien Veron, who will be staying in the country until mid-December. 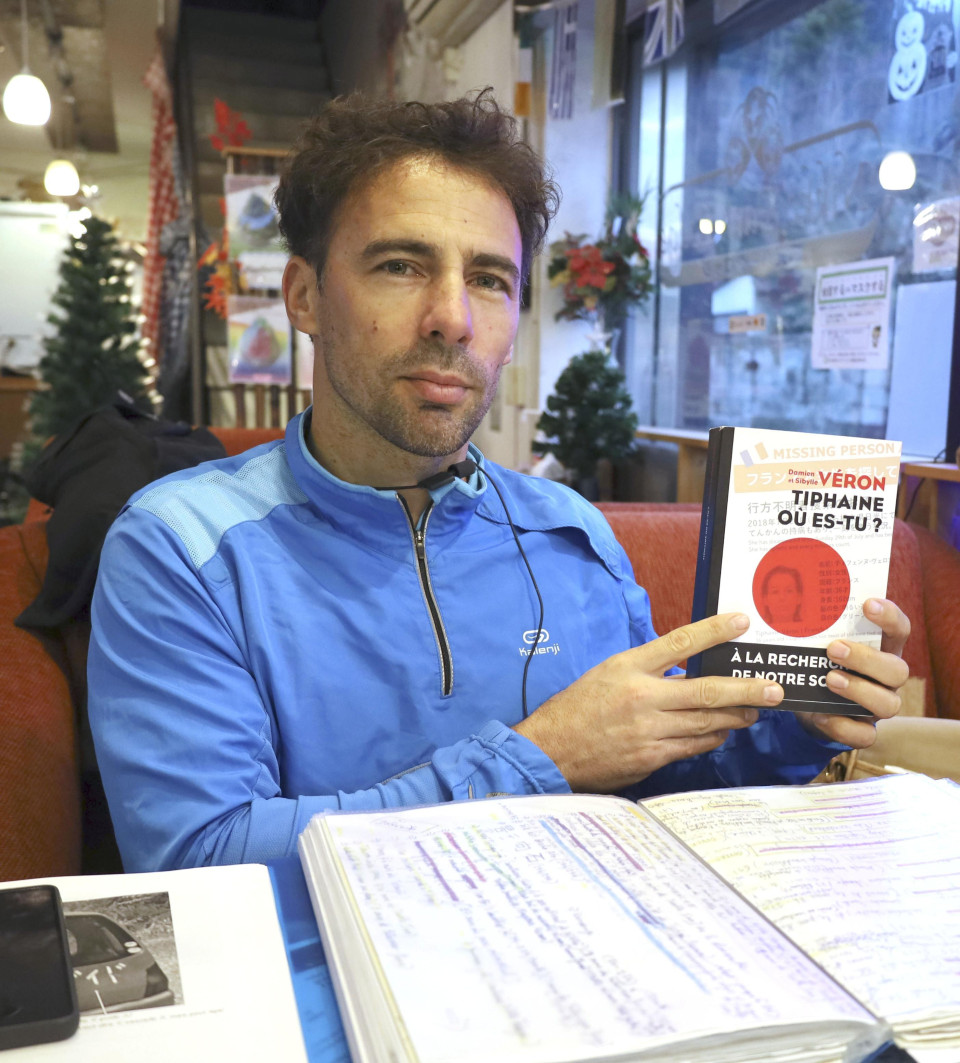 Damien Veron, brother of Tiphaine Veron who went missing in 2018 from Nikko, Tochigi Prefecture, shows a book his family has published during an interview on Nov. 27, 2022, in the city north of Tokyo. (Kyodo)

Tiphaine Veron, 40, had intended to spend two nights in the Tochigi prefectural city from July 28, 2018. But she disappeared the following morning from the lodging house where she was staying alone, leaving her luggage and passport.

Believing that she was kidnapped by someone, Veron said he is expecting Japanese and French police will form a "collaborative relationship to find her as soon as possible."

"Because I believe she is still alive somewhere, I wanted to come back and do whatever I could do for her," he said in an interview with Kyodo News on Sunday, two days after his arrival in Japan.

Due to strict COVID-19 travel restrictions, the 42-year-old brother had not been able to come to Nikko since August 2019. But along with his family he spent the time doing as much research as possible in France.

While waiting for the reopening of the Japanese border, his family published a book about how difficult life is if a loved one goes missing, especially in a foreign country where the criminal justice system is different.

Veron said he particularly worries about his mother who wakes up during the night even now, adding that he is also frustrated about not being able to obtain "any convincing proof and information."

Veron, who has already met with local police, expressed gratitude for the support his family has received from Japanese authorities and people. But he is hoping further searches can be carried out.

Veron stressed that his sister loved Japan very much, noting that she studied Japanese and even took notes in Japanese. The brother said he is looking forward to seeing people "who root for Tiphaine" during his stay in Japan.