Japan and China are working to arrange talks between Prime Minister Fumio Kishida and President Xi Jinping, with Thailand envisioned for their venue but Indonesia remaining a possibility, according to sources familiar with the move.

Kishida told reporters early Saturday that Japan was making arrangements with China and South Korea with a view to his holding summit meetings with their respective leaders on the fringes of international gatherings in the days ahead. 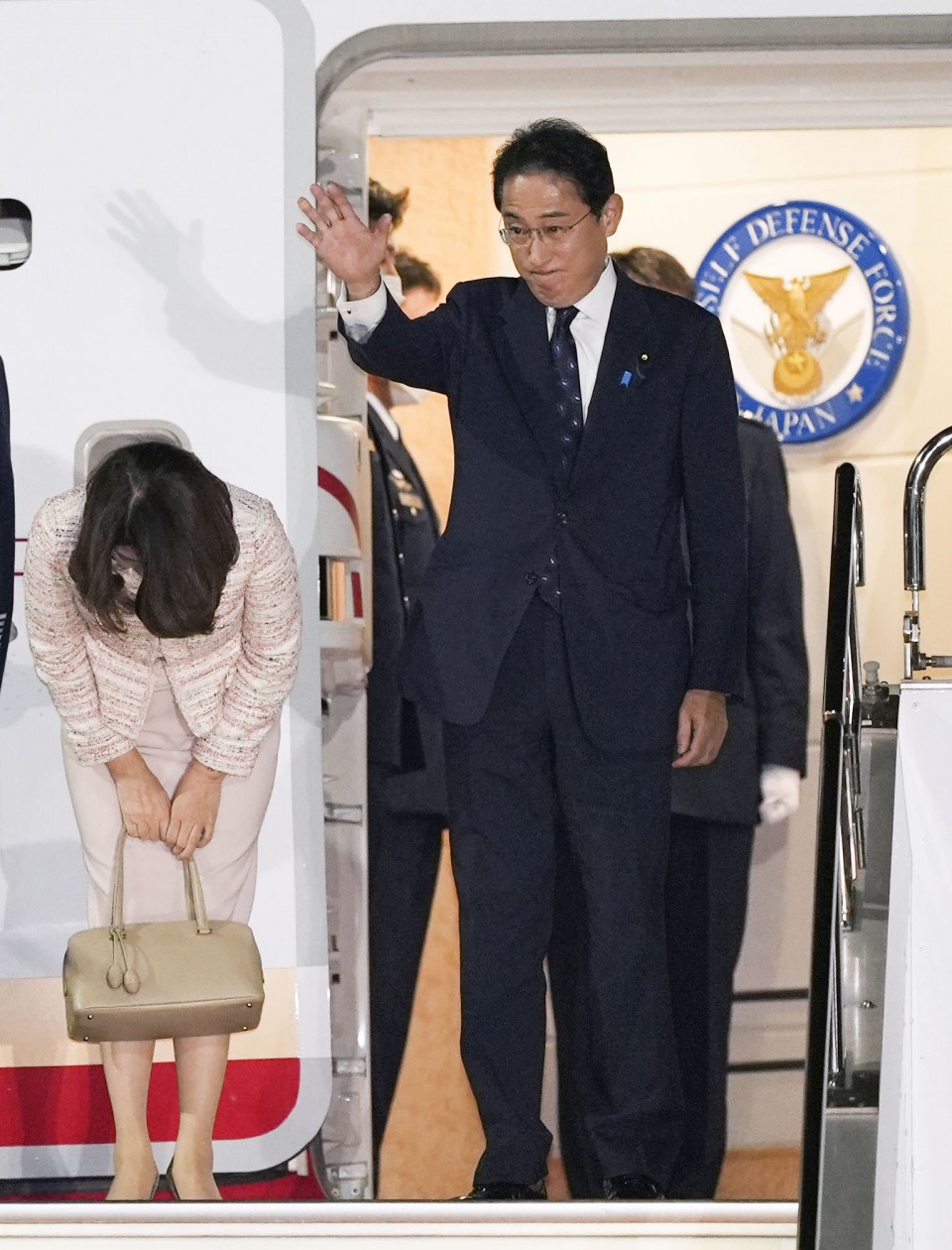 Japanese Prime Minister Fumio Kishida waves before departing for a tour of Southeast Asia from Haneda airport in Tokyo on Nov. 12, 2022. (Kyodo)

If held, a Kishida-Xi meeting will be the first summit talks in roughly three years between the two countries.

Bilateral ties remain precarious as Tokyo and Beijing are at loggerheads over the Japan-controlled, China-claimed Senkaku Islands in the East China Sea. China has also raised regional tensions by threatening Taiwan militarily.

Kishida made the remarks before departing for a tour of Southeast Asian countries. His first stop is Cambodia, where he will attend a series of gatherings related to the Association of Southeast Asian Nations, to be followed by Indonesia and Thailand.

Hours after Kishida's arrival in Phnom Penh, the Japanese government said talks with South Korean President Yoon Suk Yeol will be held on Sunday. The government said later Saturday that a meeting with U.S. President Joe Biden was also arranged for Sunday.

The meeting with Yoon will be the first official one with a South Korean president in about three years as well.

The Japanese leader will move to Indonesia later Sunday for an annual summit of the Group of 20 major economies on the resort island of Bali before traveling to Thailand on Thursday for a summit meeting of the Asia-Pacific Economic Cooperation forum.

Meanwhile, Xi and Biden are scheduled to hold talks on Monday in Indonesia ahead of the G-20 summit from the next day, the White House announced on Thursday.

Japan had been closely watching whether Xi-Biden talks would materialize given the importance of Washington, Tokyo's sole alliance partner, to its diplomatic endeavors.

If Kishida meets Xi, he will convey to the Chinese leader the need for both countries to work to build a "constructive and stable" relationship, according to the sources.

The prime minister is also expected to convey Japan's concern about Chinese maritime activity around the Senkakus, which Beijing calls the Diaoyu, as well as its military activity around Taiwan, an island democracy China claims as its territory.

The meeting between Kishida and Yoon will take place as Japan and South Korea continue to try and improve their relations strained by disagreements over wartime issues.

Among Yoon's pledges in assuming the presidency in May was to take a future-oriented approach toward Japan, while Kishida has also emphasized the necessity of building constructive ties with the neighboring country.