Finance Minister Shunichi Suzuki said Monday the government will do all it can to cope with the cost of living crisis to put the economy on a higher growth path, as he sought parliamentary approval for an extra budget to fund an economic package.

In his speech to parliament after the government submitted the 28.9 trillion yen ($206 billion) budget plan, Suzuki said the economy is facing headwinds from accelerating inflation, driven by surging commodity prices due to Russia's war in Ukraine and the yen's sharp decline that has inflated import prices. 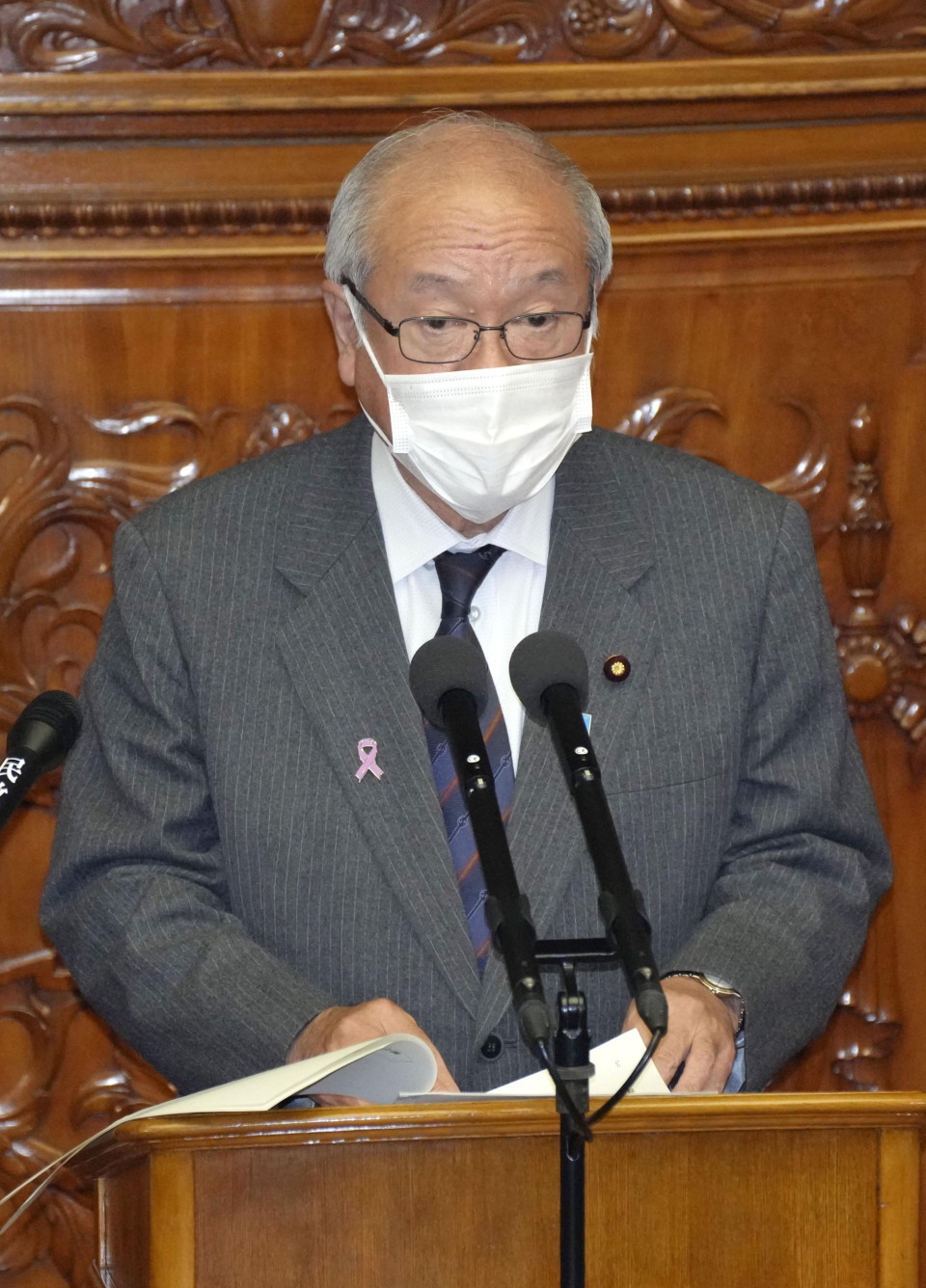 Finance Minister Shunichi Suzuki gives a speech during a House of Representatives plenary session on Nov. 21, 2022, in Tokyo. (Kyodo)

Concerns about a global economic slowdown are also growing, he added.

"The environment surrounding the Japanese economy is becoming all the more severe. We need to overcome this difficult time by supporting the livelihoods of Japanese people and business activity, and put the economy on a path toward sustainable and much higher growth," Suzuki said.

The government wants to see the draft budget for this fiscal year approved by parliament during the current Diet session until early December.

Faced with faltering public support, the Kishida Cabinet has decided to spend nearly 29.1 trillion yen under an economic package to ease the pain of rising prices on households.

Among the steps included in the package are reducing utility bills for households, and keeping existing subsidies for oil wholesalers to lower retail gasoline and kerosene prices. Japanese households on average would save around 5,000 yen a month on utility costs between January and September.

While most of the recent rise in inflation in Japan is seen as transitory by policymakers, consumer sentiment has been deteriorating amid tepid wage growth.

In October, the core consumer price index excluding volatile fresh food items hit a 40-year high of 3.6 percent, and remained above the Bank of Japan's 2 percent target for seven months in a row.

Suzuki said the government will step up efforts to urge companies to raise wages, make the most of the recent yen depreciation to strengthen the earning power of regional economies, and achieve Kishida's goal of creating "a new form of capitalism" that aims to attain both growth and redistribution.

Based on the Cabinet Office's estimate, the economic package would boost Japan's gross domestic product by around 4.6 percent. For the July-September quarter, the world's third largest economy unexpectedly shrank 1.2 percent, weighed down by slowing growth in private consumption, as well as swelling imports.

Imports count as negative for GDP, which measures the total value of goods and services produced in a nation.

Inflation and the COVID-19 pandemic have prompted the heavily-indebted nation to ramp up spending to support the economy, with fiscal restoration retreating to the background.

To secure the necessary funding for the spending plan, the government plans to issue bonds worth 22.85 trillion yen.

The BOJ has left borrowing costs extremely low by buying Japanese government bonds, in an effort to attain the elusive inflation target. This has helped limit debt-servicing costs for Japan, but has been blamed for weakening the yen.

BOJ Governor Haruhiko Kuroda has repeatedly said the central bank's ultralow rate policy should be retained, ruling out a near-term interest rate hike. The yen has slumped to its lowest level in three decades against the U.S. dollar.

"What is important is to make our utmost efforts to cope with rising prices and revitalize the Japanese economy with the economic package and continue to guide economic and fiscal policy in a responsible fashion," Suzuki said.