Yamamoto led the ski jumping round after leaping for 143.5 meters and gained an eight-second advantage for the 5-kilometer cross-country leg, in which Schmid moved from second place to cross 5.9 seconds ahead. 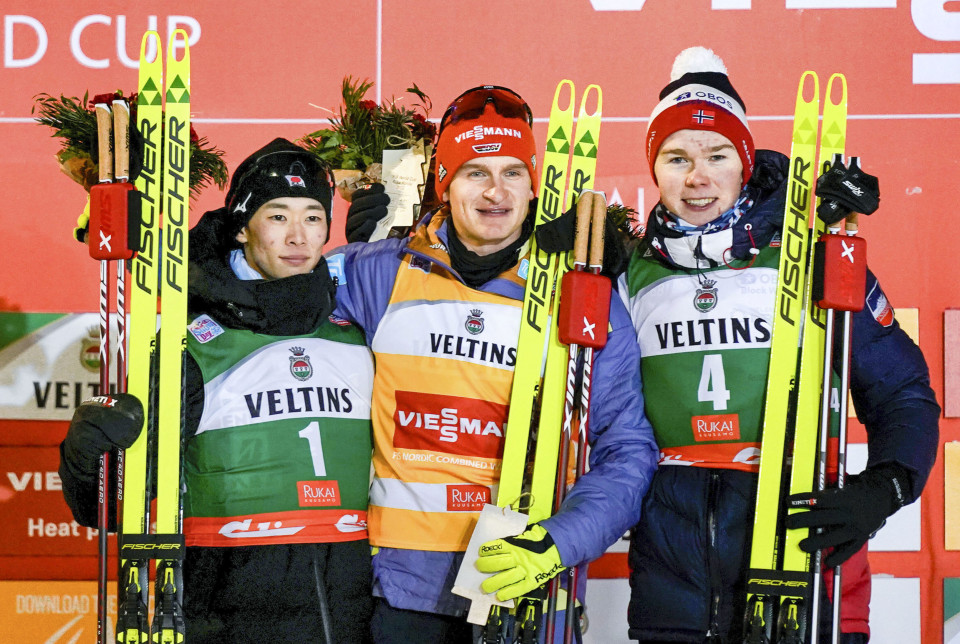 "I got quite tired toward the end but it wasn't a bad run," said Yamamoto, Japan's anchor when it won the men's team bronze at the Beijing Winter Olympics in February.

The cross-country leg is not the 25-year-old's strength but he clung on to the runner-up spot as it was half the usual distance of 10 km.

"I think I made a good start (to the season). Hopefully I can keep moving in the right direction," he said.

Akito Watabe, who has medaled in the last three Winter Olympics, settled for 22nd after finishing 19th in the ski jumping portion.