Three death-row inmates in Osaka filed a suit against the state on Tuesday, seeking an end to the practice of execution by hanging, claiming the method was inhumane under international conventions.

All three plaintiffs have been detained at Osaka Detention House for over 10 years, of which two have additionally been in the process of appealing their sentences. 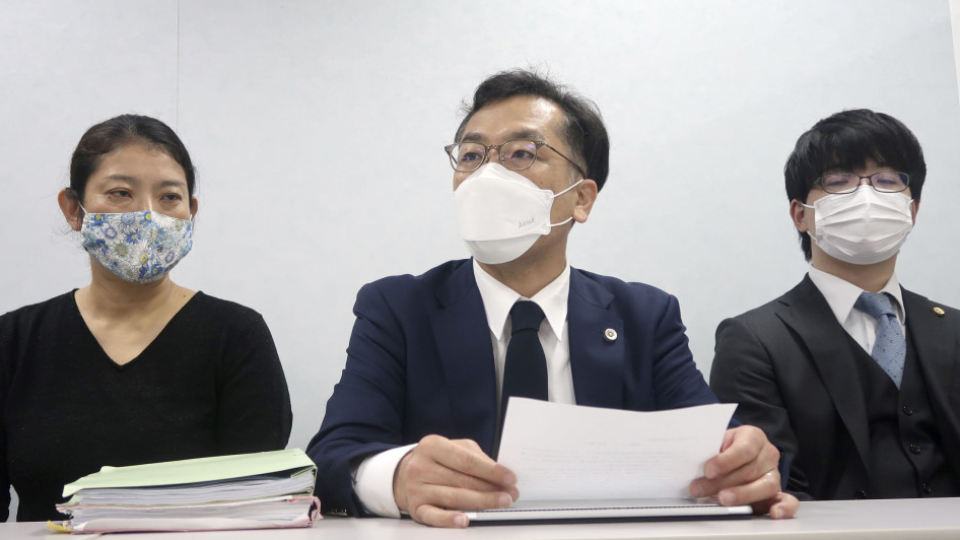 Kyoji Mizutani (C), attorney for three death-row inmates who have filed a lawsuit against the state seeking an end to the practice of execution by hanging, holds a press conference in Osaka on Nov. 29, 2022. (Kyodo)

The plaintiffs' attorney Kyoji Mizutani said the lawsuit is aimed at "highlighting the reality of capital punishment" in Japan and creating public conversation on whether the practice should continue.

The Justice Ministry said it could not comment as it has not received the complaint.

The inmates, whose names, ages and genders have been withheld, are also seeking damages worth 33 million yen ($237,000).

The plaintiffs claim that hanging as the sole means of execution under Japan's Penal Code is inhumane, that it causes unbearable pain and violates international covenants on human rights.

The inmates also said living in fear over a long period of time -- due to their not knowing when they will be executed -- has led to mental agony.

The complaint contends that the government's withholding of information such as the manner of executions hinders public debate on the pros and cons of the death penalty.