The bilateral exercise conducted by the Japan Self-Defense Forces and U.S. Armed Forces was held in response to increasing provocative actions by North Korea including its repeated launches of ballistic missiles, and is intended to show the close level of cooperation between the two allies, it said. 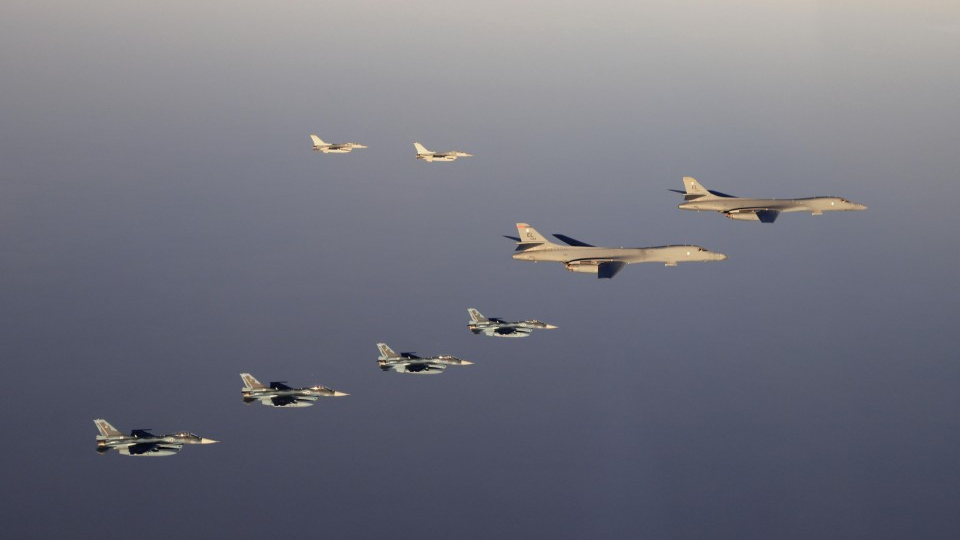 The aircraft involved in the drills were five F-2 fighter jets from the Japan Air Self-Defense Force, and two B-1B strategic bombers and two F-16 fighters from the United States, according to the ministry.

Japanese and U.S. forces conducted an air exercise on Oct. 4, the same day North Korea launched a missile that flew over the northern part of Japan's main island of Honshu.