Three cancer patients in their 30s and 40s have successfully given birth using their ovaries kept frozen while they underwent cancer therapies, according to a Japanese medical school, providing hope to female pediatric cancer patients who have yet to have their periods.

The results came during a clinical study conducted at St. Marianna University School of Medicine in Kawasaki, near Tokyo, which developed the fertility treatment technique. The three cases are the first known childbirths in Japan using a technique that involved women who have undergone cancer therapies. 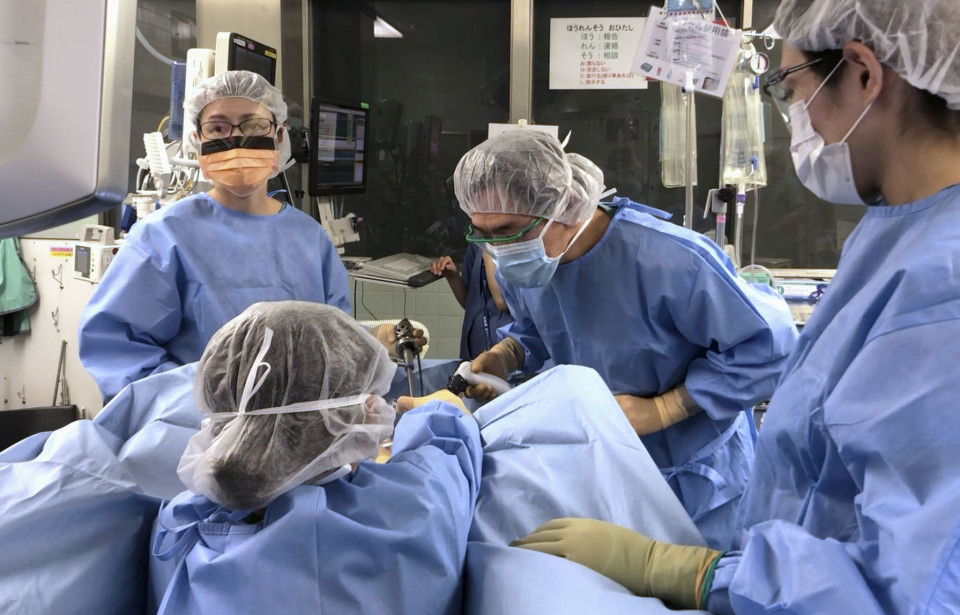 Cancer patients could lose the ability to conceive if chemotherapy or radiation treatment damages their ovaries.

St. Marianna's technique is thus expected to provide the patients with more options to preserve their fertility before their therapies begin, and pre-puberty child patients are most likely to benefit from it as their eggs are difficult to harvest.

During the clinical study, cancer patients' ovaries are sliced and quickly frozen after the organs are removed through minimally invasive surgery. Once the patients undergo cancer therapies, the ovaries are thawed and put back in their former locations or nearby membrane. Ovaries contain numerous egg cells.

The medical school has used the technique in a clinical study since 2010, with 13 women receiving ovary transplants this way to date.

As a result, three women who had previously undergone therapies for breast cancer or malignant lymphoma cancer gave birth between 2020 and this year.

The women, including one in Hyogo Prefecture in western Japan, gave birth after becoming pregnant naturally or through in vitro fertilization.

There are also other options available to cancer patients, such as freezing fertilized eggs or unfertilized eggs. But these options were deemed difficult to pursue because period cycles do not necessarily coincide with the time patients have before their therapies begin, and because therapies must be paused to pursue such procedures.

That left the ovary freeze procedure as a viable option because it obviated the need to wait for the right timing to harvest eggs.

Today, however, advancement in technology has enabled doctors to harvest eggs anytime. That has in turn shifted the focus of St. Marianna's clinical study to children from whom eggs cannot be harvested.

"The latest results may be a godsend for those who have their ovaries frozen with the hope of one day having a baby, while facing the fears of cancer squarely," said Nao Suzuki, professor of obstetrics and gynecology at the medical school.

"You are putting the cart before the horse if cancer treatment is delayed because you wanted to preserve the ovaries," the professor said, noting that efforts are being made to better coordinate with pediatric doctors to inform patients and their parents of their options in a timely manner.

For Shizuka Ochi, the 42-year-old Hyogo woman who gave birth to a boy in October last year, the ovary freeze procedure was just what she needed to fight her cancer.

After diagnosed as breast cancer, the nurse had one of her ovaries removed in March 2014. After undergoing hormonal therapy, she had the ovary back in June 2019. She subsequently became pregnant through in vitro fertilization.

"I wanted to have a chance to get pregnant and give birth after my therapy, in order to work on my cancer treatment positively," Ochi said.