Football: Tomiyasu says Japan have everything required to beat Germany

Arsenal defender Takehiro Tomiyasu said Monday that Japan have all the ingredients they need to beat Germany in the teams' upcoming World Cup opener.

"We have enough quality to beat them, of course we have to be confident, but we have to find the balance," the 24-year-old said at the Japan training base in Qatar.

"We have to be humble and realistic sometimes, but we are trying to beat them and we are ready to beat them."

"Germany is one of the most difficult opponents in the world, but anything can happen in football, and we will make it happen," he said. 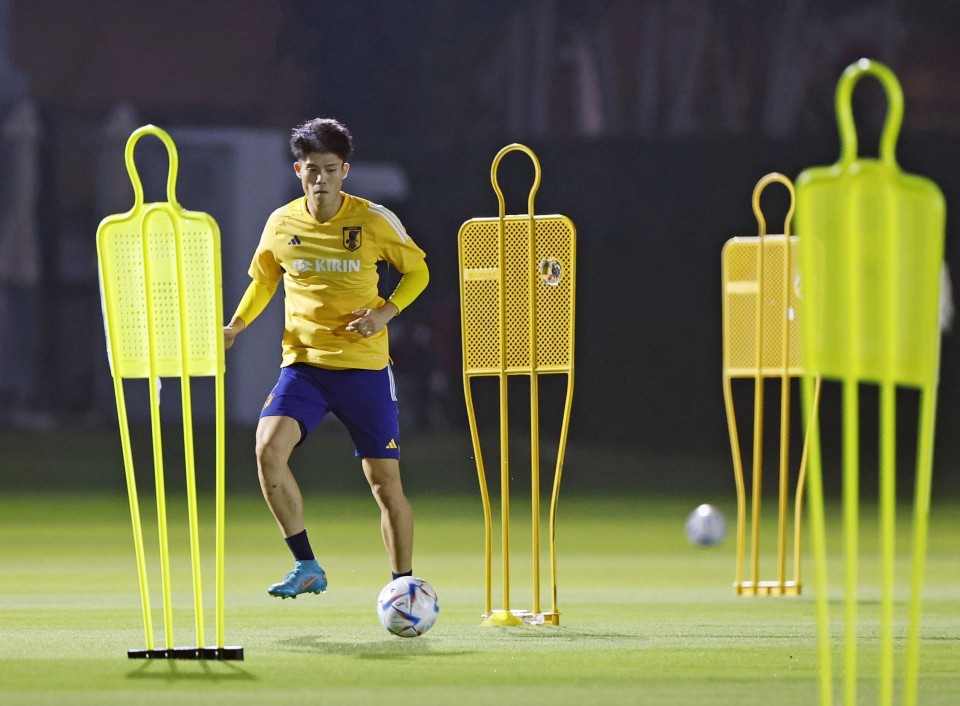 The teams face off on Wednesday at the Khalifa International Stadium in the Al Rayyan district of Doha. It will be the first time for Japan to face the four-time World Cup winners at the quadrennial tournament.

After suffering an injury while playing for his Premier League team against FC Zurich in the Europa League in late November, Tomiyasu was heading into the tournament under an injury cloud.

But he said there are no concerns now. "I am ready to play...I was injured three weeks ago, but I feel fine now and I am ready," he said. 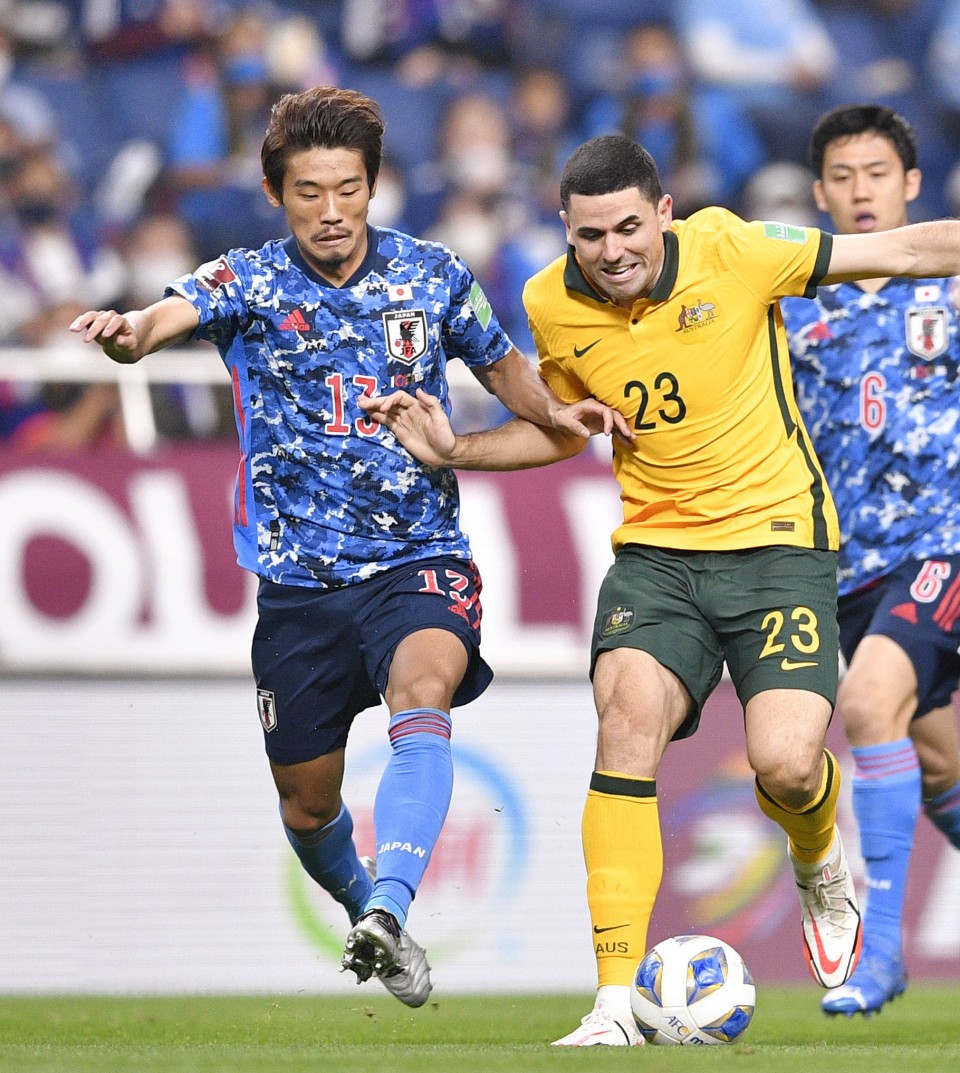 Japan's Hidemasa Morita (L) and Australia's Tomas Rogic vie for the ball during the first half of a Group B football match on Oct. 12, 2021, at Saitama Stadium in Saitama, near Tokyo, in the final group-phase round of Asian qualifying for the 2022 World Cup in Qatar. (Kyodo) ==Kyodo

Midfielder Hidemasa Morita had not trained with the squad in recent days due to a left calf injury, but rejoined his teammates on the pitch Monday, indicating he is approaching full fitness.

Tomiyasu was full of praise for the Sporting Lisbon player, who he said is a key cog in the Samurai Blue machine.

"I don't know if he plays or not in the first game, but he is such a great player and he is able to control the game and able to read the game, he is a very important player for us," Tomiyasu said.