Japan was given an infamous "fossil" award by an international environmental group on Wednesday for being the world's biggest public financier of oil, gas and coal projects.

"The Japanese government is making huge efforts to export false solutions" such as coal-fired power plants to other countries despite the international trend to end investment in fossil fuels, the Climate Action Network said during the 27th session of a U.N. climate conference in Egypt. 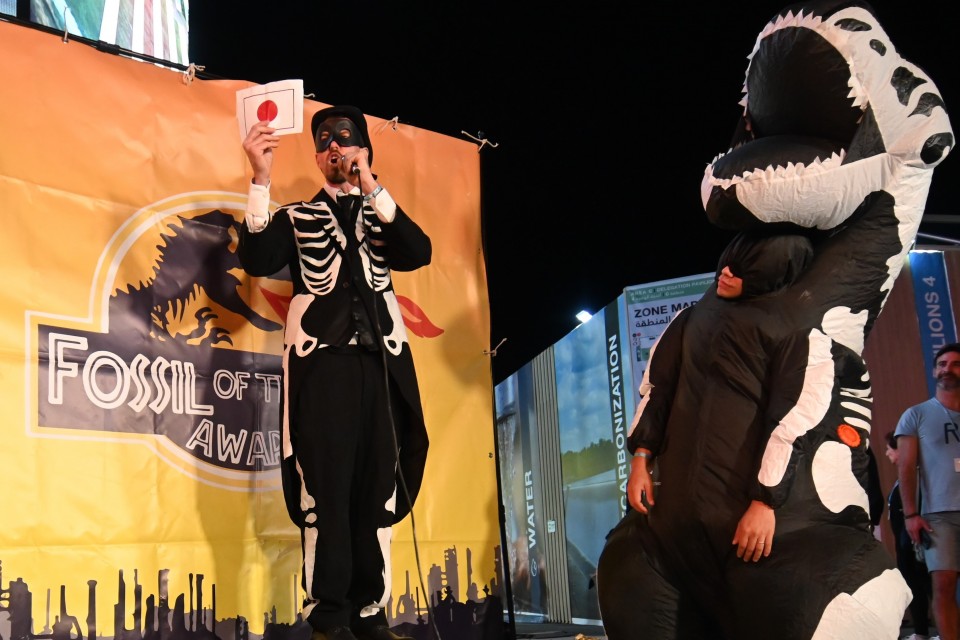 An emcee announces Japan as a winner of the Fossil of the Day award during the Untied Nations' COP27 climate summit in Sharm el-Sheikh, Egypt, on Nov. 9, 2022. (Kyodo)

Referring to recent climate disasters, the group said vulnerable communities all over the world are suffering from the impact of climate change.

"Japan's public finances are flowing into the fossil fuel projects responsible for this destruction rather than going towards financing the loss and damage caused by its own greenhouse gas emissions," it said.

More recipients of the Fossil Award of the Day, given to countries "doing the most to achieve the least" in stopping climate change, are expected to be announced during the conference being held through Nov. 18.