Japan manager Hajime Moriyasu called Wednesday's 2-1 win over Germany a "historic moment" made possible by his team's persistence in the face of an onslaught from the four-time champions.

Speaking after their incredible come-from-behind win at the Khalifa International Stadium, Moriyasu was typically stoic but clearly proud of what Japan achieved.

"This is a big win, but this is not the end, obviously," he said. "Our players were very intelligent, they were smart and played well with persistence."

It was one-way traffic for the majority of the first meeting between Germany and Japan in a full international, with the European heavyweights putting the Samurai Blue to the sword until the 70th minute. Then Moriyasu went to work. 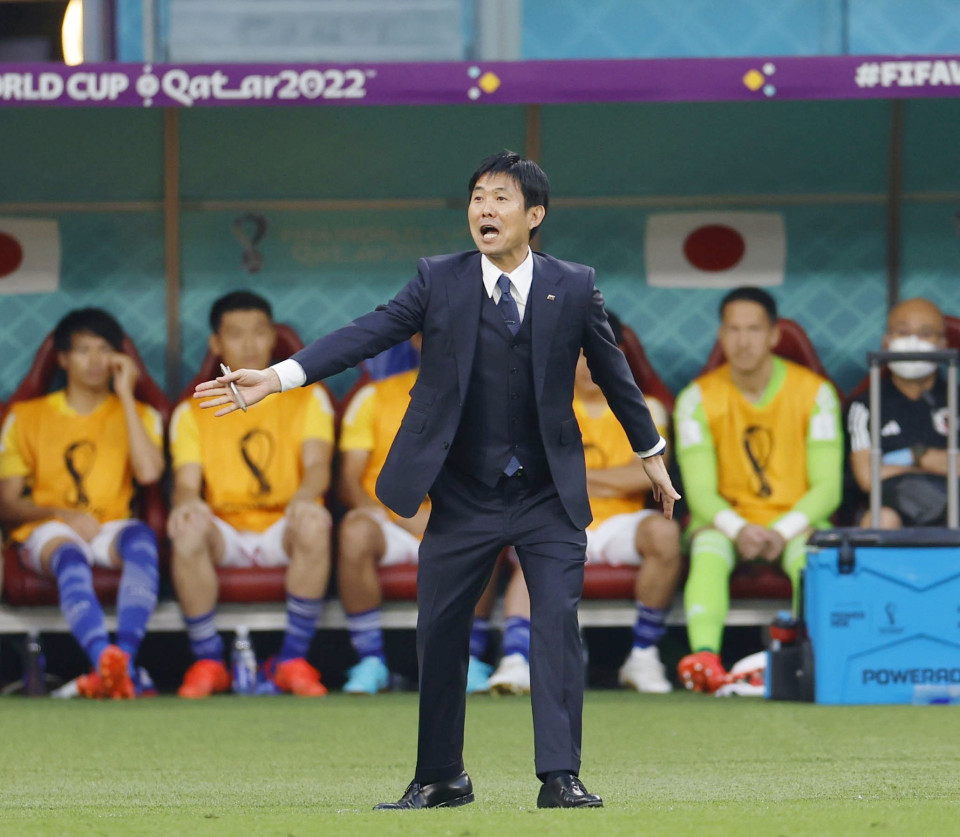 Japan manager Hajime Moriyasu gives his players instructions during the first half of a World Cup Group E football match against Germany at Khalifa International Stadium in Doha on Nov. 23, 2022. (Kyodo)

He inserted Ritsu Doan and Takumi Minamino, having already brought on Kaoru Mitoma and Takuma Asano a little over 10 minutes earlier, and the game changed.

For the first time, Japan had some teeth going forward and Germany were forced to take a backward step.

"The players who came on decided and closed this game while showing their strengths," Moriyasu explained.

According to the former Sanfrecce Hiroshima boss, Japan were not simply waiting to counterattack, but biding their time.

"(It was) not just simple counterattacking, but waiting and going for the opportune moments," he said. 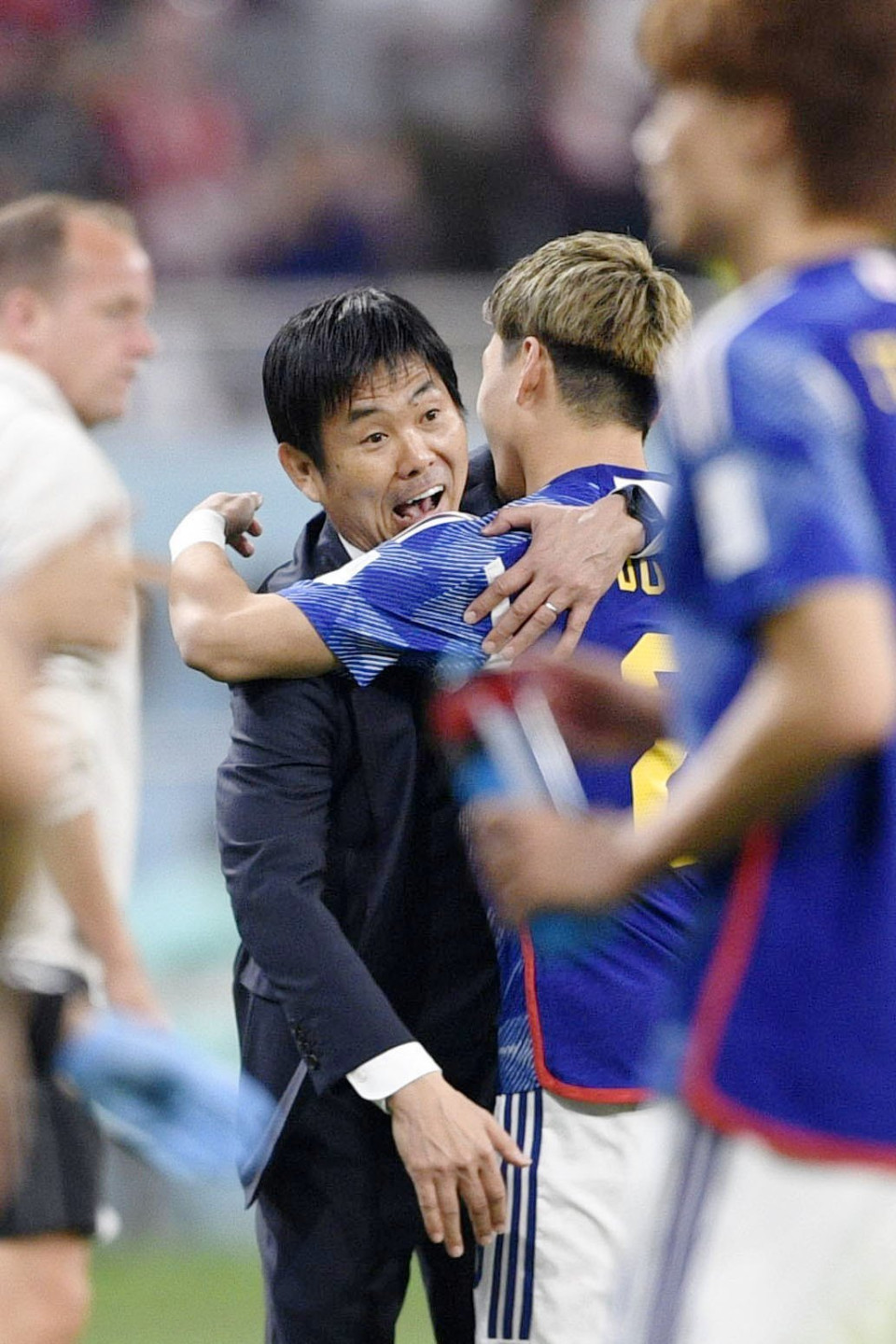 Japan manager Hajime Moriyasu congratulates Ritsu Doan after his equalizer in the second half of a World Cup Group E football match against Germany at Khalifa International Stadium in Doha on Nov. 23, 2022. (Kyodo)

"In the first half we wanted to grab the ball and be aggressive, however, Germany was of course strong, very strong. But we thought if we don't stop, we can grab this moment."

While reflecting on his players' resilience, Moriyasu credited Germany's role both in the development of Japanese soccer and in the growth of the current group, which has several members, including both of Wednesday's goal scorers, based in the European country.

"In the last part (of the game) they came with full power and maybe if it was just (players based in) Japan...then maybe we would just lose in that situation," he said.

"However, many players went to Germany and Europe and each guy, they grew in those world-level leagues."

For that, he said, "I am very grateful."