Japan's proposal to acquire so-called enemy base strike capability will prohibit it from launching preemptive attacks that would violate international law and keep counterattacks at a minimum when invoked, government sources said Saturday.

The government intends to keep details of the capability, which it is seeking as a deterrent against attacks on Japan, ambiguous to avoid divulging its intentions to other countries, according to the sources.

The ruling Liberal Democratic Party and its junior coalition partner Komeito will begin official discussions on the possession of enemy base strike capability, or what it calls "counterstrike capability," as early as this month.

A Cabinet decision is expected to be made in conjunction with a review of three official documents, including the National Security Strategy, to be completed by year-end.

If an agreement on possessing such capability is reached, the requirements for invoking it will possibly be included in the National Security Strategy itself.

There is a proposal to allow Japan to invoke the counterattack capability when the government recognizes it is under armed attack, a requirement aimed at ensuring Japanese parliament's involvement. 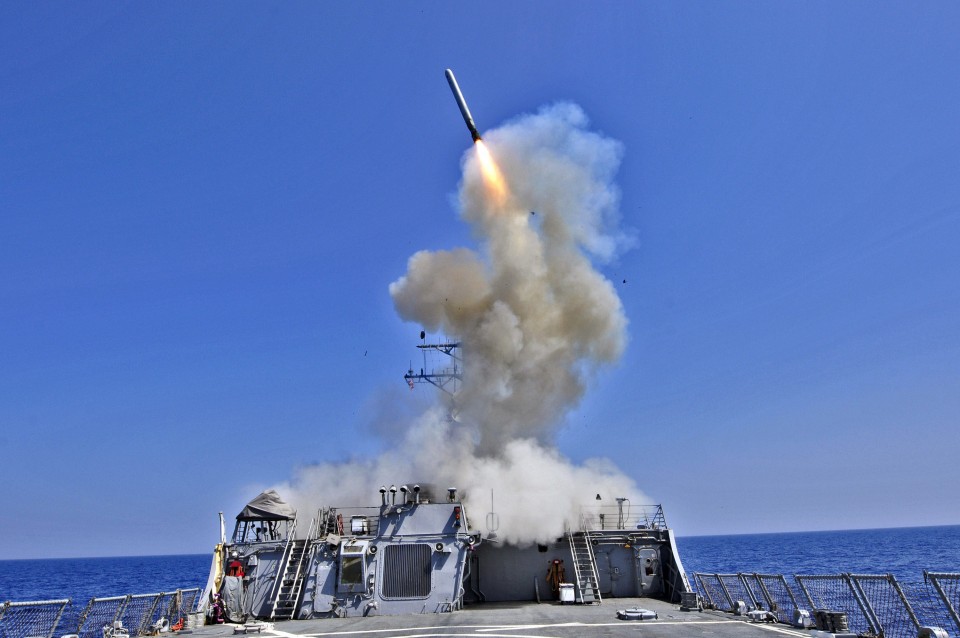 Handout released by the U.S. Navy shows a Tomahawk cruise missile launched from a U.S. Navy guided-missile destroyer in the Mediterranean Sea in March 2011. (U.S. Navy/Getty/Kyodo)

There is also discussion on whether the use of such capability should be limited not just to when Japan is under armed attack, but allowed to be exercised if a friendly nation is under attack and Japan's survival is threatened.

In such a situation, the use of collective self-defense -- defending allies even without an attack on Japan itself -- can be exercised.

But some within Komeito have insisted that even if Japan acquires counterstrike capability, it should only be invoked if the country is under direct attack.

The LDP has proposed that potential attack targets should include not only missile bases but also "command and control functions."

In line with possessing enemy base strike capability, the government is considering acquiring long-range missiles, such as the U.S.-developed Tomahawk cruise missile, that would put China's coastal areas and North Korea within range.

The need for Cabinet approval of the policy stance is believed to be aimed at demonstrating that Japan's exclusively self-defense-oriented security posture remains unchanged.