The Shenzhou-15 spaceship was launched the previous night atop a Long March-2F Y15 carrier rocket from the Jiuquan Satellite Launch Center in China's northwest province of Gansu. It docked with the front port of the Tianhe core module at 5:42 a.m. Wednesday Beijing time, the official Xinhua News Agency said. 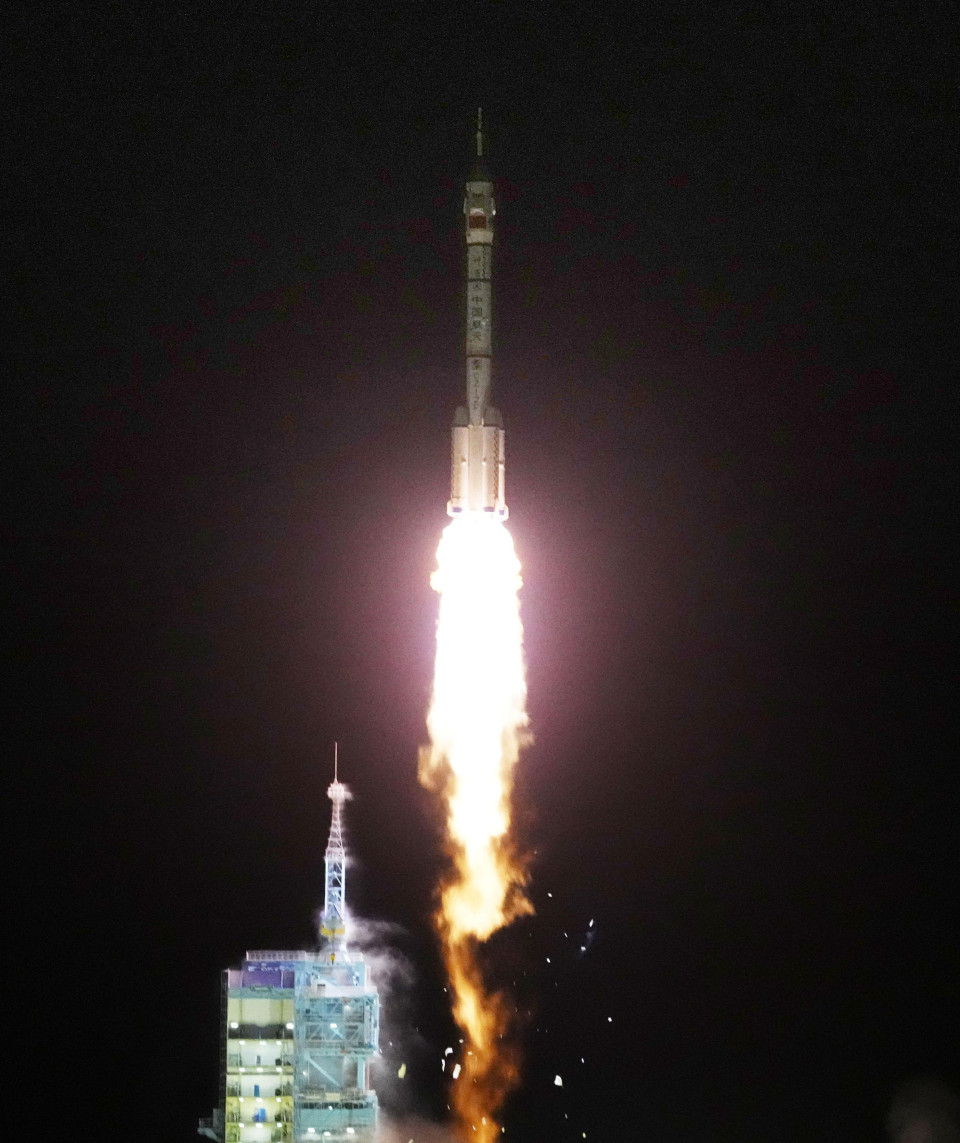 The whole process of rendezvous and docking took approximately six and a half hours, Xinhua quoted the China Manned Space Agency as saying.

At the Tiangong space station, the three astronauts joined three others who have been aboard since June. It marked the first time that Chinese astronauts aboard the space station have seen the visit of a crewed spaceship, according to the CMSA.

The three male astronauts on the latest mission, all members of the People's Liberation Army, will stay in the space station for six months and replace the other three.

The T-shaped space station has two lab modules. The astronauts will conduct more than 40 experiments in space science research, medicine and technology, and extravehicular activities.

Ji Qiming, assistant to the CMSA director, told a press conference Monday that China will welcome astronauts from other countries to conduct experiments on the space station, with many nations expressing their readiness.

The Chinese Foreign Ministry said earlier this month the Tiangong space station is the first open to all U.N. member states, and science experiments from 17 countries, including Germany, Italy, Poland and Switzerland, will be conducted on it.

The Chinese spacecraft, expected to operate for up to 15 years, could become the sole station after the International Space Station concludes its mission.

The United States has expressed its commitment to the safe operation of the orbiting laboratory, currently also operated by Japan, Russia, Canada and the European Space Agency, through 2030.

As China has been steadily moving ahead with space development projects in recent years, expectations are growing that competition with the United States will intensify. 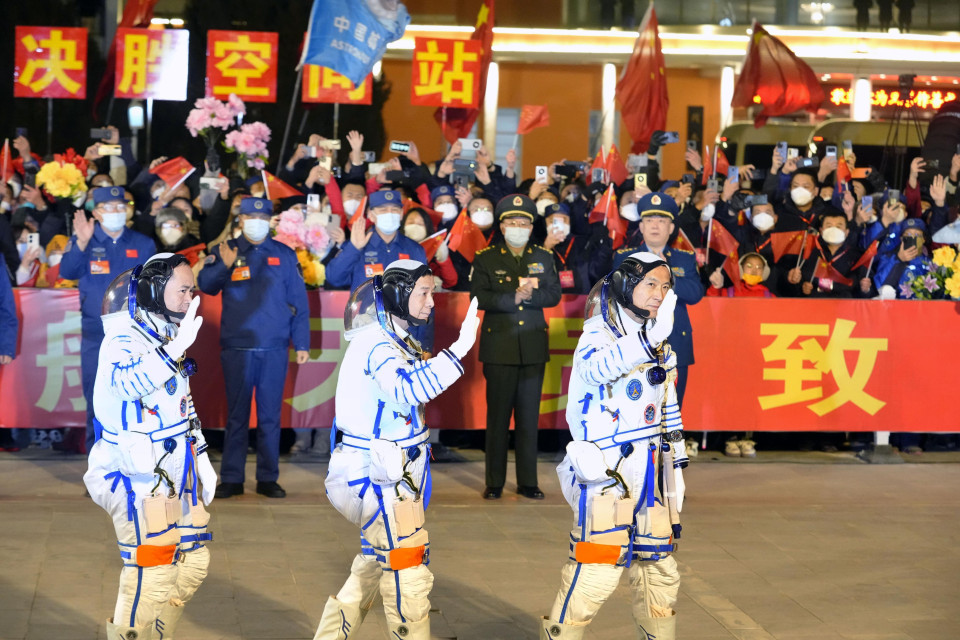 Three astronauts wave during a ceremony before they boarded the Shenzhou-15 spaceship at the Jiuquan Satellite Launch Center in China's northwest province of Gansu on Nov. 29, 2022. (Kyodo)