Chinese President Xi Jinping reiterated Beijing's commitment to trade liberalization during the Asia-Pacific Economic Cooperation forum summit in Bangkok that ended Saturday, but it is not yet clear which of the several frameworks being promoted by members will end up as the driver for regional economic integration.

Noting that "only openness, inclusiveness and win-win cooperation is the right way forward for humanity," Xi said at an APEC summit session that China will continue working toward joining the Trans-Pacific Partnership free trade agreement to promote integrated development of the region. 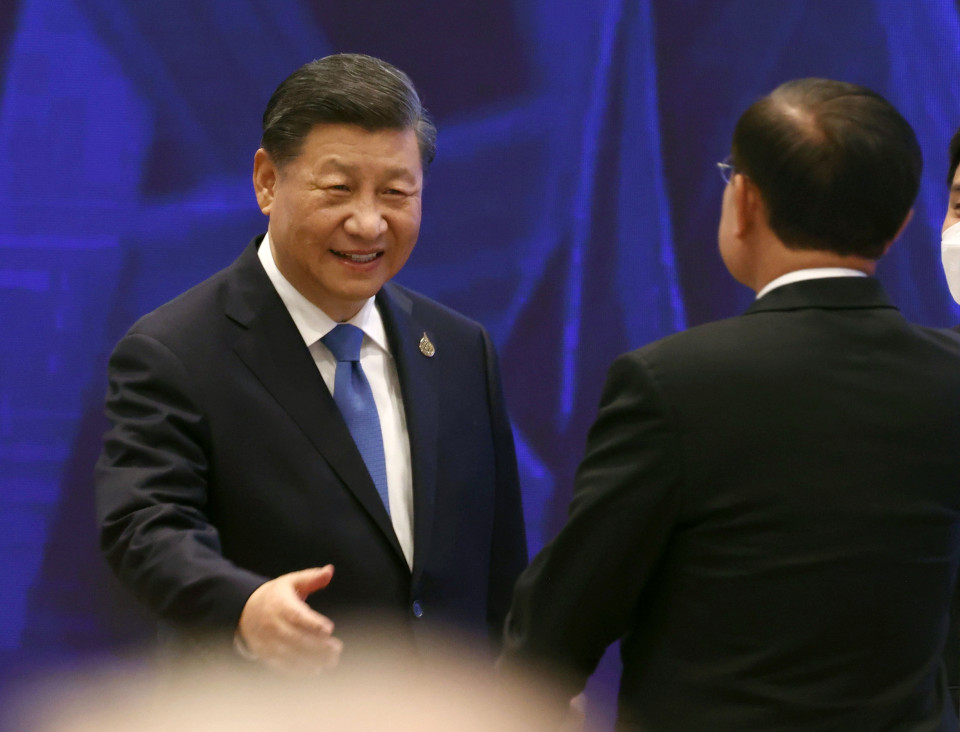 Last year, China filed a bid to join the TPP, from which the United States withdrew in January 2017. Taiwan followed Beijing with its own entry application to the 11-member pact shortly afterward.

But with members of the trade pact prioritizing negotiations on Britain's bid to join, and cross-strait tensions escalating after an August visit to Taiwan by a senior U.S. politician, it is unlikely that talks will begin soon on the bids of either Communist-led China or the self-ruled democratic island, analysts said.

Meanwhile, 14 Asia-Pacific economies have joined the Indo-Pacific Economic Framework, a regional economic initiative launched by the United States in May, which Washington is pitching to counter China's growing clout.

China is already a part of the 15-member Regional Comprehensive Economic Partnership agreement, the world's biggest trade pact which involves countries such as Japan and South Korea but not the United States. The RCEP took effect in January this year, but its standards are not as high as those of the TPP.

APEC, which groups 21 Pacific Rim economies including the United States, Russia, China and Japan, has set a goal of eventually creating a free trade area covering all the members called the Free Trade Area of the Asia-Pacific.

The RCEP and the TPP, formally known as the Comprehensive and Progressive Agreement for Trans-Pacific Partnership, are both seen as steps toward realizing the FTAAP, but momentum toward establishing an APEC-wide free trade zone has been lost for now, said Junichi Sugawara, principal at Mizuho Research & Technologies.

With the United States remaining outside the TPP, the rivalry between Beijing and Washington intensifying and Russia continuing its aggression in Ukraine, "even a slim chance has been eliminated" for a free trade zone that would include the United States, Russia, China and Japan, Sugawara said.

Tsuyoshi Kawase, professor of international economic law at Sophia University, said that for the time being, regional economies are focused on how to proceed with negotiations on the IPEF, with the United States aiming to produce concrete results by the time it hosts an APEC summit in November next year.

With no major changes seen in China's trade policy under Xi, who started a norm-breaking third five-year term as the ruling Communist Party chief last month, Beijing will continue to seek entry into the TPP despite its high-standard rules, said Naoki Tsukioka, senior economist at Mizuho Research & Technologies. 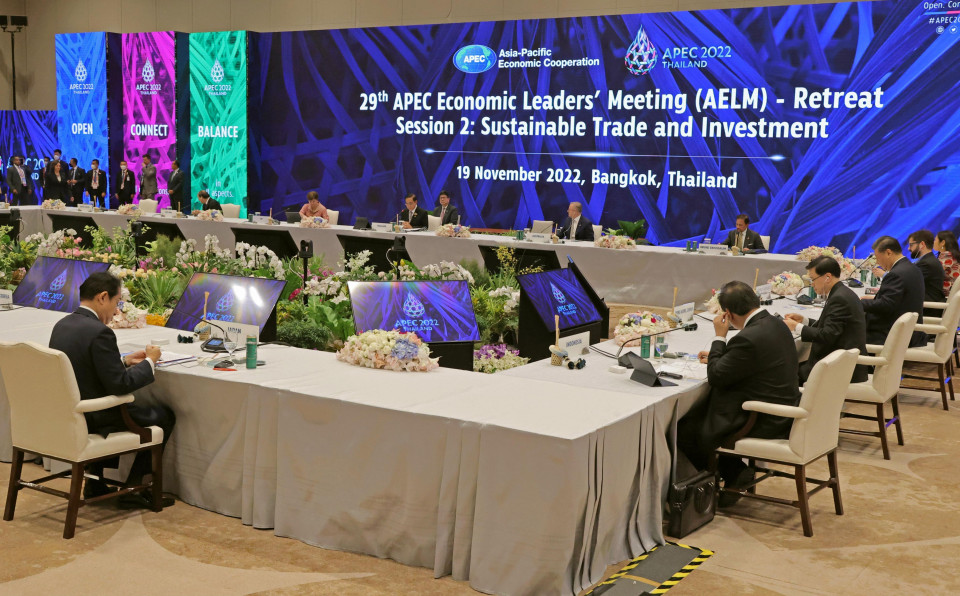 Nevertheless, China is still likely to find it difficult to fulfill the TPP's high standards in areas such as reforms of preferential treatment for state-run companies and intellectual property, Tsukioka said.

"I think China will try to secure favorable conditions in its negotiations for accession but face distrust from members including Japan and Australia," he noted. To join the deal, China will need the unanimous approval of all 11 member countries.

While TPP members such as Singapore, Vietnam and Malaysia have welcomed China's bid, Japan, the largest economy among the 11 nations, and Australia have been skeptical about the possibility of Beijing meeting the entry requirements.

Japanese Prime Minister Fumio Kishida and his Australian counterpart Anthony Albanese signaled their concern over China's bid when they agreed in October that "economic coercion and unjustified restrictive trade practices are contrary to the objectives and high standards" of the TPP.

Sugawara said that the entry applications by China and Taiwan may remain in limbo for some time, noting that Ecuador and Costa Rica also have bids to join to be considered while there have been growing calls to create common rules on trade and investment between the TPP and the European Union.

Advocates of TPP-EU cooperation argue that the wider free trade area it would create could play a complementary role to the World Trade Organization, which has become dysfunctional as a promoter of global trade liberalization due to the failure of multilateral negotiations, Sugawara said.

"The TPP may add some more members, but I think it will enter a new phase" if participants opt for seeking a wider framework involving the EU, he said.

Japan and some other signatories believe the TPP developing into a bigger trade body would be an incentive for the United States to return to the pact, he added.

As for the IPEF, Sophia's Kawase said many areas to be covered by the new initiative such as standards on labor rights and the environment overlap those of the TPP, comparing it to "a hamburger without meat" with unclear benefits for the participating economies in the absence of tariff reductions.

The IPEF seeks deeper cooperation among member countries in the areas of trade, supply chains, clean economy, and tax and anti-corruption rules.

Kawase said more countries joined the framework at its launch than he expected, but projected that some could "drop out later when details of the pact are decided" as negotiations advance. India has already opted out of IPEF's trade pillar.

He said China may be eager to engage in various regional trade arrangements to have a greater say in rulemaking in the international community.

As the world's largest trading nation, China should not seek exceptions from the TPP's high-standard rules, which have been applied to emerging countries such as Vietnam and Malaysia, Sugawara said.

Japan and other existing TPP members should "determine whether China complies with principles on free trade and stands ready to accept" their tough rules while calling on Beijing to correct practices of economic coercion and forced technology transfer, he said.