Mitsubishi Materials Corp. has paid compensation of 129 million yuan ($18 million) to 1,290 Chinese victims and their bereaved families over its use of forced labor during World War II, China's official Xinhua News Agency and other media have reported.

The 1,290 make up about one-third of the total 3,765 victims whom Mitsubishi Materials offered to pay compensation to under a landmark settlement agreement it concluded with Chinese groups representing the victims in 2016. This marked the largest number of people that benefited from a Japanese company's postwar compensation. 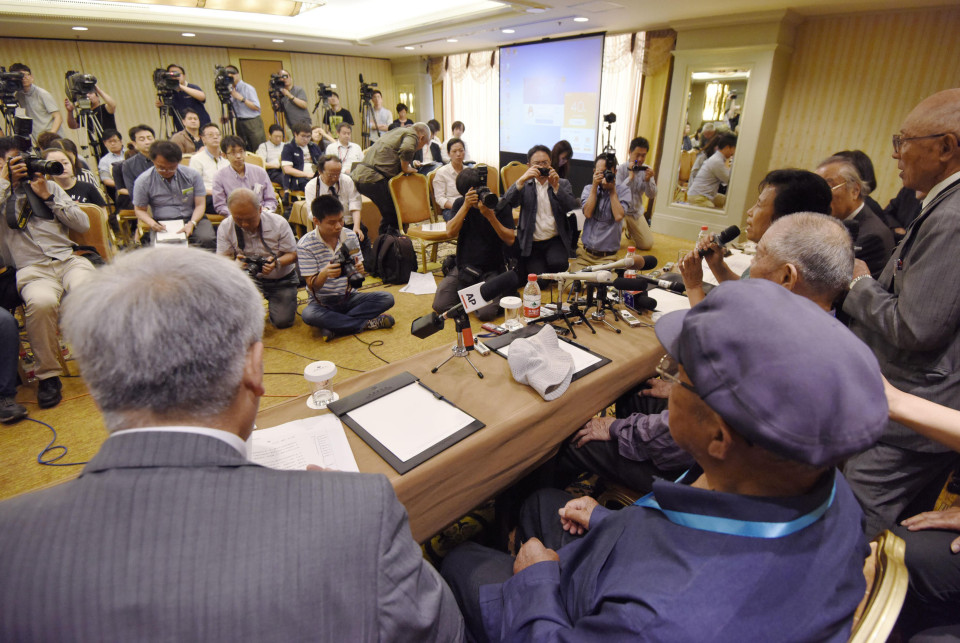 File photo shows members of Chinese groups representing the victims attending a press conference in June 2016 in Beijing after concluding a landmark settlement agreement with Mitsubishi Materials Corp. over its use of forced labor during World War II. (Kyodo)

It is believed the ongoing process of the agreement's implementation was made public for the first time in the reports. The amount of the compensation paid to the 1,290 victims was revealed at a symposium on Japan-China friendship held Sunday, according to the Xinhua report on the day.

Under the agreement signed in June 2016, Mitsubishi Materials apologized and offered to pay compensation of 100,000 yuan for each of the victims.

There is speculation that progress in the implementation had not been made public as two Japanese firms ordered to pay compensation by the South Korean Supreme Court to South Korean plaintiffs over forced labor during the war have not complied, souring ties between Japan and South Korea.

The payment of Mitsubishi Materials' compensation to the Chinese victims had been assigned to a fund established after the agreement, according to the report.

Administrators at the fund have been assigned to track down victims and bereaved families whose whereabouts are unknown, the report said. In addition a monument is to be constructed and memorial services will be held in Japan.