Kevin Chen of Canada on Thursday won top prize in the piano division of an international competition for young musicians in Switzerland, with Japanese Kaoruko Igarashi coming third. 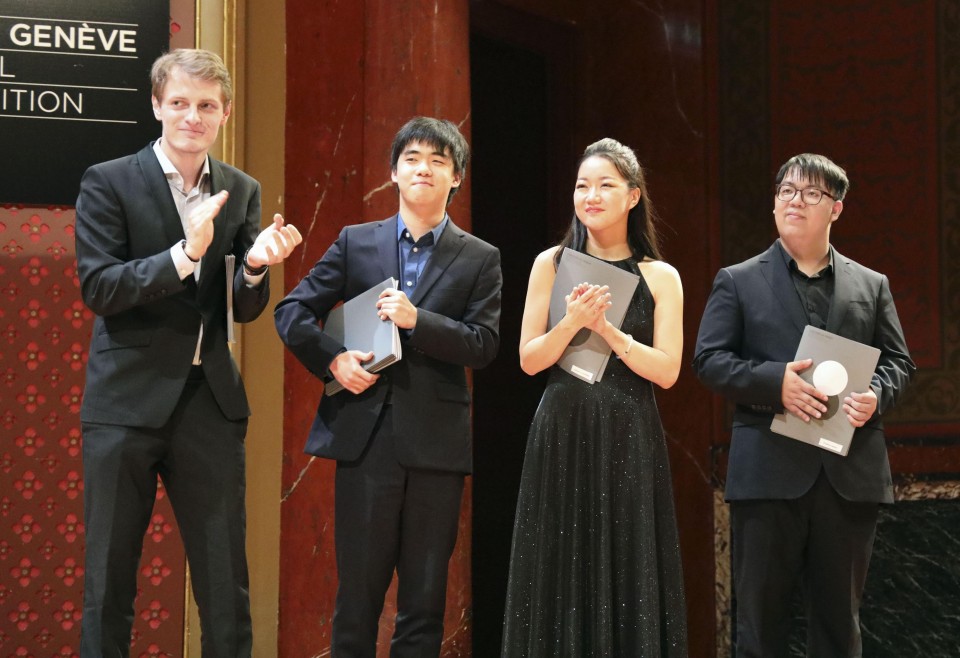 Kevin Chen (2nd from L) of Canada celebrates winning top prize in the piano division of the Geneva International Music Competition on Nov. 3, 2022, in Geneva, Switzerland. Seen on his right is Kaoruko Igarashi of Japan, who came third.

Although 28-year-old Igarashi was disappointed not to win top prize, "I was happy and thankful to the orchestra and the audience," she said. "I think it was rather good," she added about her performance. 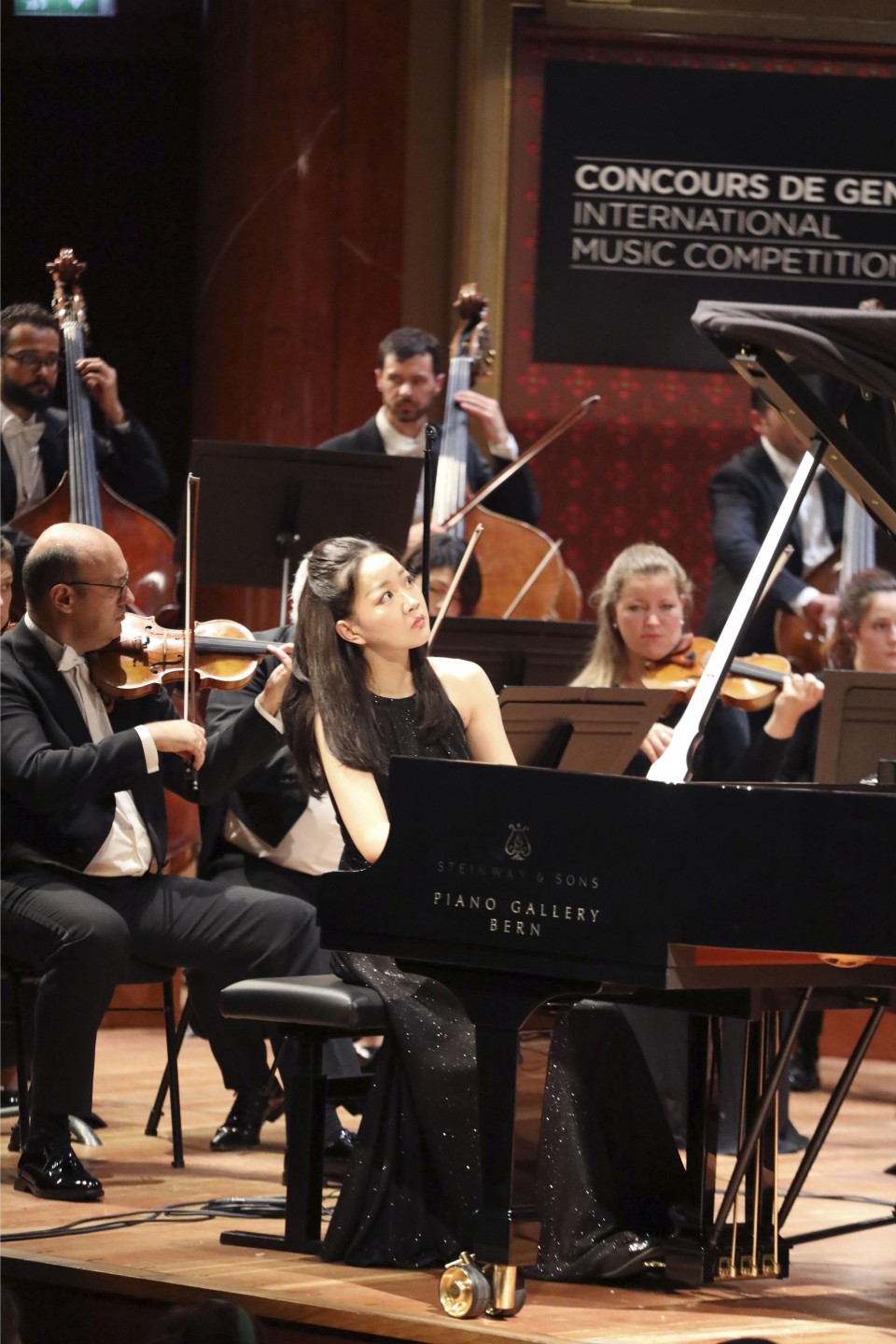 Kaoruko Igarashi of Japan performs in the piano division final at the Geneva International Music Competition in Geneva, Switzerland, on Nov. 3, 2022.

A graduate of the Toho Gakuen Music School in Tokyo, Igarashi is a professional pianist. She played Piano Concerto No. 3 by Sergei Prokofiev in the final.

Chen, who performed a Chopin concerto, said, "I am very happy and so glad that people enjoyed my music and that I could have transmitted my passion for music to everyone."

Chen is also a composer and has written about 100 pieces so far, including symphonies and a piano concerto.

The Geneva competition, founded in 1939 to promote young talented musicians, is considered a springboard to an international career. Japan's Michiaki Ueno won top prize in the cello division last year.