Vote counting was under way in Malaysia's general election Saturday after polling stations closed, with a high turnout expected to favor the coalition led by Anwar Ibrahim, opposition leader and former deputy prime minister, though whether it can win is still unknown.

Amid political instability in the country that has seen three leadership changes in the past four years, control of the 220 seats in the lower house of parliament and 116 seats in three state assemblies is at stake. The contests for two parliamentary seats was postponed due to death of a candidate and bad weather.

Malaysia adopted the "first-past-the-post" system, which allows the party that wins 112 of the total 222 seats in the lower house, the House of Representatives, to form the government. 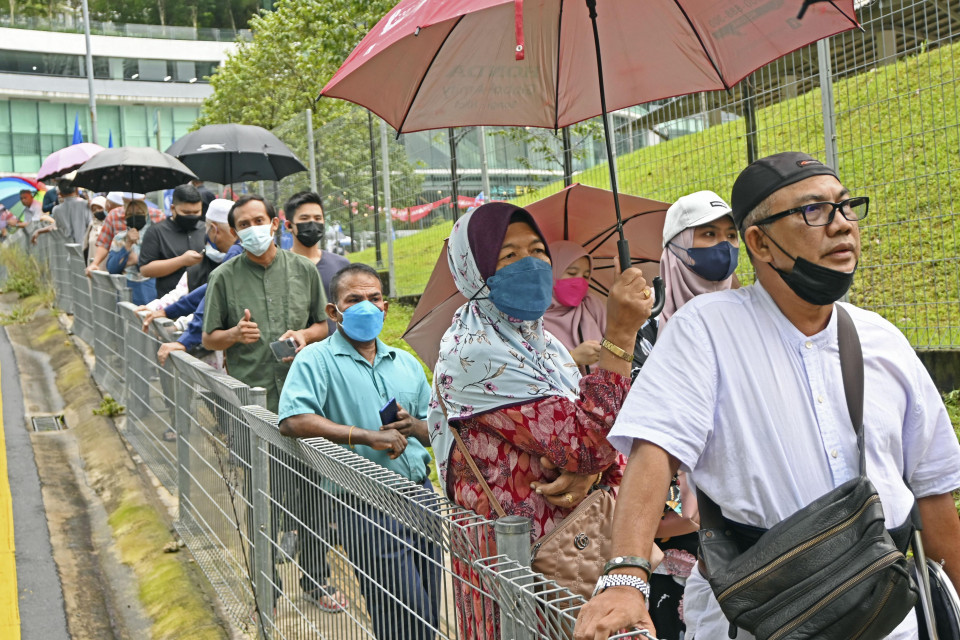 People line up at a polling station in Kuala Lumpur to vote in Malaysia's general election on Nov. 19, 2022. (Kyodo)

Polls have not shown a winner among Anwar's group, the ruling coalition of Prime Minister Ismail Sabri Yaakob and two other coalitions. But pundits generally believed a turnout of above 70 percent could swing the tide to Anwar's multiethnic Pakatan Harapan or Alliance of Hope.

As of 4 p.m., two hours before voting closed, the Election Commission said the turnout at 70 percent meant the votes cast surpassed the total number of ballots in the previous 2018 election.

According to the commission, 21.1 million people are eligible to vote, with more than 6 million having recently gained the right to vote following the revision of election laws that lowered the voting age from 21 to 18 and allowed for automatic voter registration.

In the 2018 election, PH toppled the ruling National Front coalition, popularly known as BN, which had been in power since independence. It was then headed by former Prime Minister Mahathir Mohamad.

BN is now led by Ismail Sabri's United Malays National Organization. The coalition returned to power in 2020 after an implosion of the PH caused the collapse of Mahathir's government.

Stability has been the BN's watchword during the 14-day election campaign, with economic recovery from the pandemic and government corruption among the top issues.

While the BN has strong support among ethnic Malays in rural areas, the PH, led by Anwar, is multiethnic and popular among voters in cities. It is fighting to wrest back power, pledging to curb rising living costs, guarantee the equal rights of all ethnicities and combat corruption.

The other two coalitions are Perikatan Nasional, or National Alliance, led by former Prime Minister Muhyiddin Yassin and the Gerakan Tanah Air, or Homeland Movement, grouping of Malay parties led by Mahathir.

The PN, formerly the BN's partner in government, is campaigning as a cleaner alternative to the UMNO to champion the supremacy of ethnic Malays.

Mahathir, the 97-year-old two-time prime minister, has also criticized the UMNO by saying it only fights for money and to save its leaders facing corruption charges from courts and prisons. 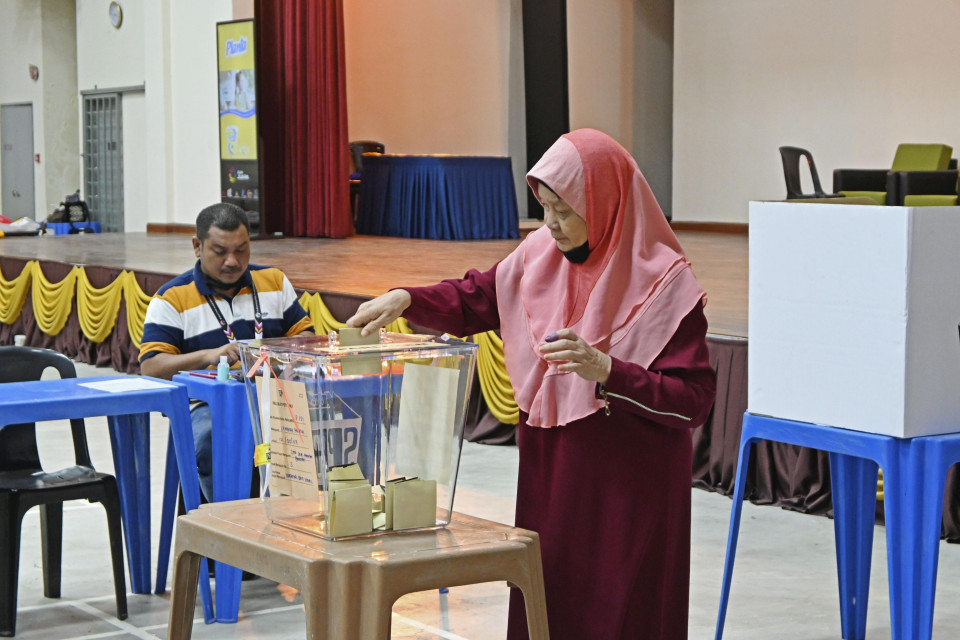 A woman casts her vote at a polling station in Kuala Lumpur in Malaysia's general election on Nov. 19, 2022. (Kyodo) ==Kyodo 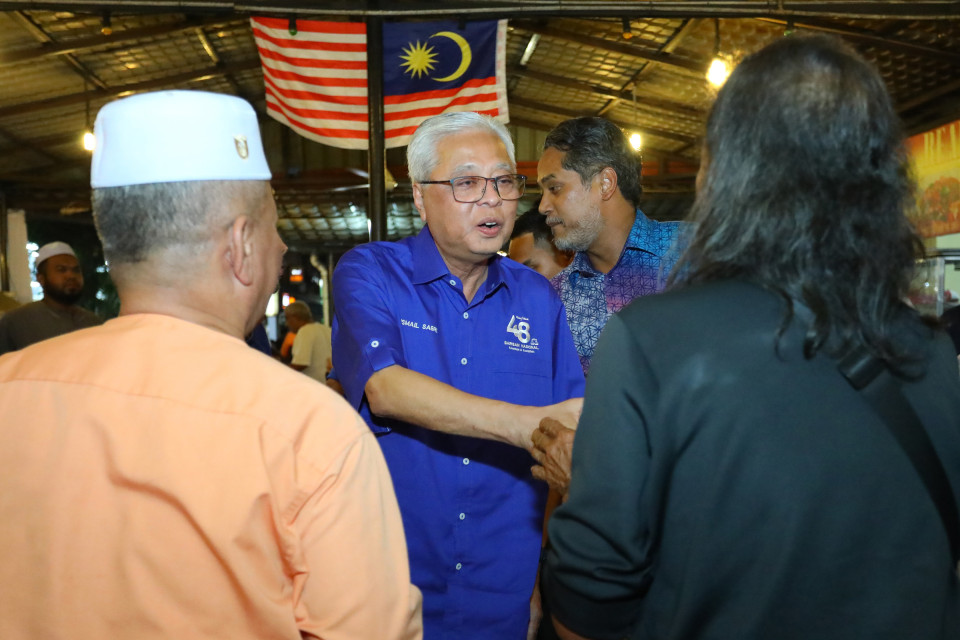