Ichiro Suzuki took the field at Tokyo Dome on Thursday, three and a half years after playing his last professional baseball game there, as he and Daisuke Matsuzaka teamed up against a girl's squad of players from different high schools.

Suzuki, a former high school pitcher who collected 4,367 hits between Japan's majors and MLB as an outfielder, pitched and batted ninth for his amateur club, Kobe Chiben, against the women's hard-ball squad. 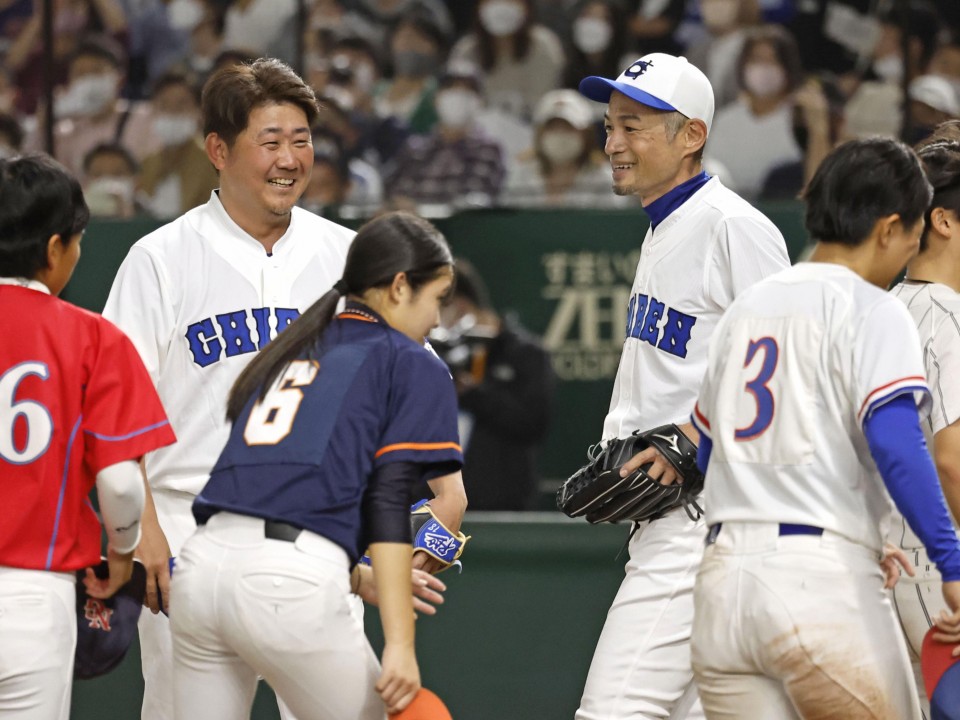 Ichiro Suzuki (back, R) and Daisuke Matsuzaka (back, L) are pictured after a baseball game against a girl's squad of players from different high schools at Tokyo Dome on Nov. 3, 2022. (Kyodo)

"In 2019, I played my retirement game at Tokyo Dome," Suzuki said. "It was overwhelming to come back. We played ball in a good atmosphere, although it was a serious game. It was fulfilling."

Matsuzaka, who retired last year after a pro pitching career that started in 1999 and also took him to MLB, played shortstop and batted cleanup for Ichiro's team, which beat the high schoolers 7-1 before a crowd of 16,272.

Suzuki threw 130 pitches over nine innings, allowing two hits and striking out 14, although he was hitless at the plate. Matsuzaka had three hits and an RBI. Suzuki made a surprise appearance at Matsuzaka's retirement ceremony and handed him a Kobe Chiben uniform.

"Seeing Ichiro's passion and the enthusiasm of the high school girls inspired me to give my all," Matsuzaka said.

Suzuki, who during the season is a consultant and instructor for MLB's Seattle Mariners, had been rehabbing since injuring his shoulder in a game last year and did not resume throwing until August, and expressed relief that his preparations allowed him to pitch.

"I feel more relief than joy," he said. "My objective is to be in this condition every year." 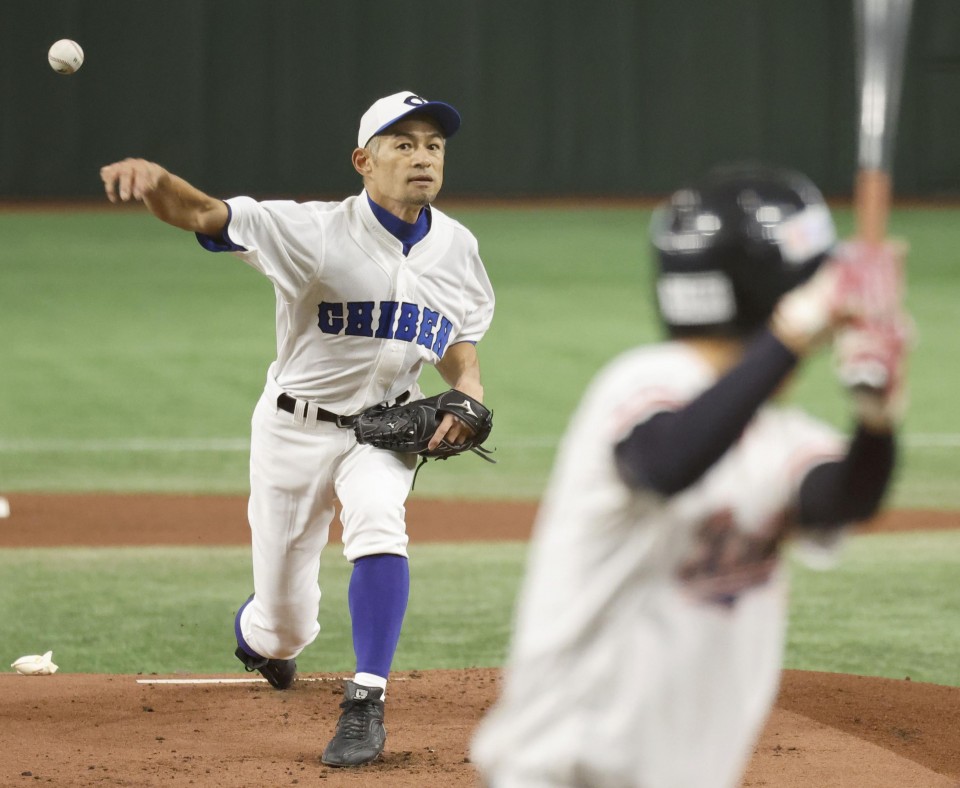 Ichiro Suzuki pitches in a baseball game against a girl's squad of players from different high schools at Tokyo Dome on Nov. 3, 2022. (Kyodo)