Onodera outpointed runner-up Keyaki Ike by 0.57, while Aimu Yamazuki was third with 26.59 in Murakami, Niigata Prefecture. 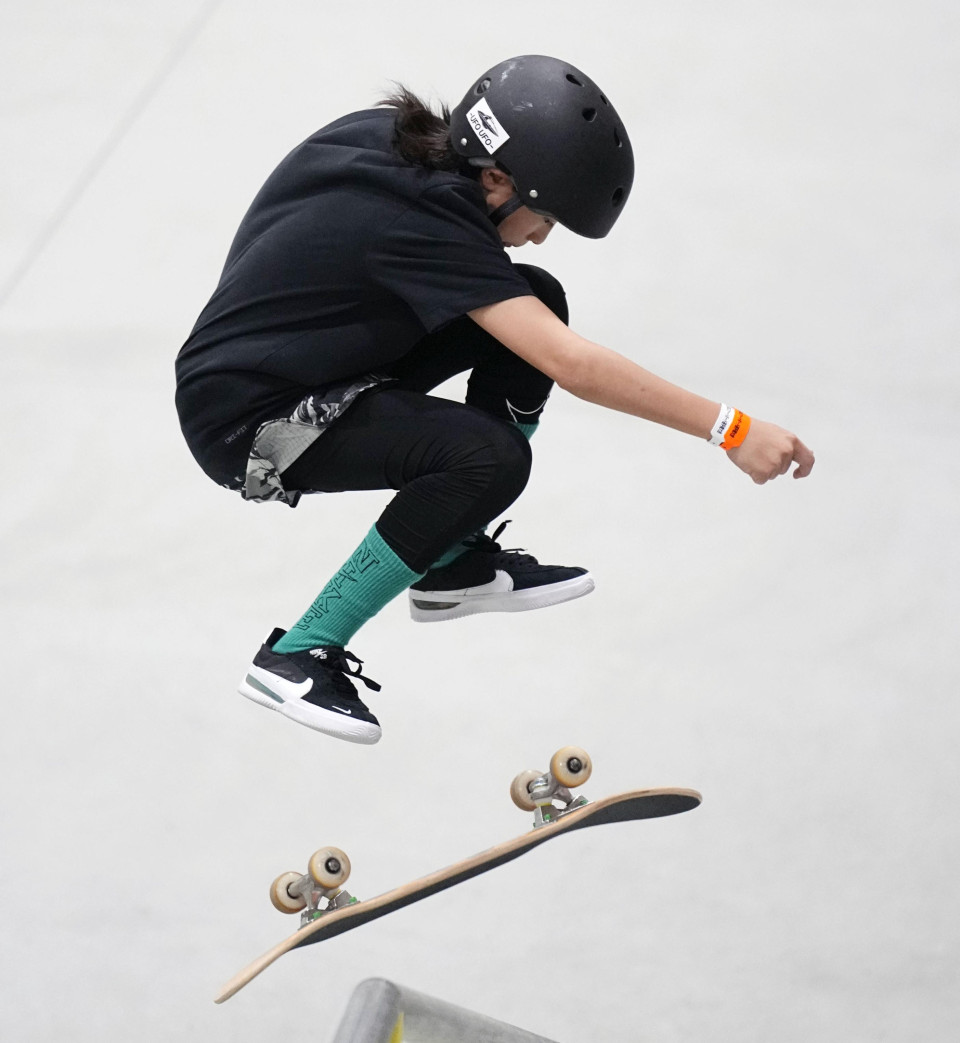 "I skated aggressively in the final," Onodera said. "I executed all the tricks I wanted to. I wasn't nervous. I want to get better and win titles all over the world. I want to become a skateboarding star."

The meet is used to select national team members for next September's Asian Games in Hangzhou, China, and the 2024 Paris Olympics.